Tigerbill44
Roar Guru
27th May, 2020
22
Join the conversation
Advertisement
Write for The Roar

Traditionally, it is a great hub for hockey talents for India. But then it became an emerging power in Indian cricket in the early 1970s. At that time three players from the state regularly represented the Indian team. They were Erapalli Prasanna, Bhagwath Chandrasekhar and Gundappa Viswanath.

Karnataka won their first ever Ranji Trophy title in 1973-74 under the captaincy of Prasanna. So far, they have won the trophy seven times, which makes them the second most successful team in the competition after Bombay (Mumbai). However, they are a distant second and it would be more appropriate to call them the best of the rest outside Bombay.

Not surprisingly, the XI formed here is quite strong and more than half the players can be included among the greats of Indian cricket. It has produced three world-class spinners, which no other state or regional team in the world can claim.

So here is my XI.

Maynak Agarwal
The new boy in the Indian Test team currently enjoys an average of 57 in Tests, thanks mainly to two double hundreds against South Africa and Bangladesh, both at home. He did well in his debut series in Australia in 2018-19, being an important part of the historic series-winning team.

At 29, his best days seem ahead of the right-hander.

KL Rahul
In only his second Test, and his first as an opener, Rahul scored a classy 110 at the SCG in January 2015. After scoring four Test centuries, including his best score of 199 in Madras against England in December 2016, his Test output has declined a bit, and after 36 Tests he has five hundreds with an average of 34.58. His ODI record, however, is far more impressive: 47.65 with a strike rate of 87. 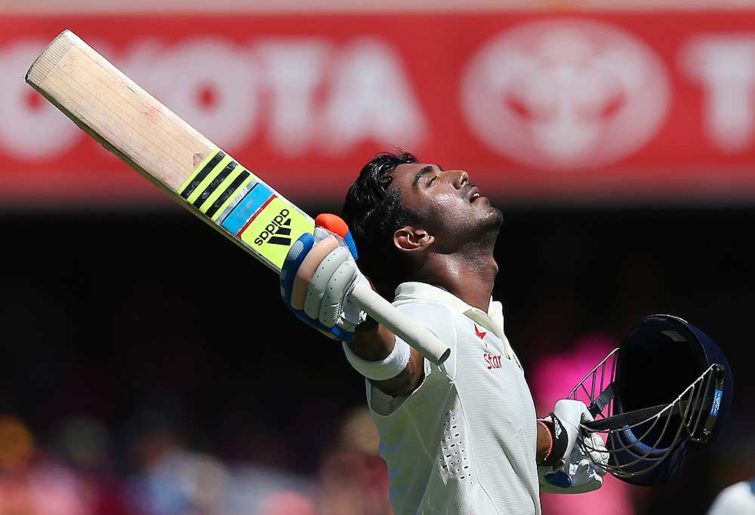 Rahul Dravid
Though he was born in Indore, Madhya Pradesh, ‘The Wall’ played his Ranji Trophy cricket for Karnataka with great distinction. His built his cricket career methodically, pretty much the same way he built his innings in the middle.

He spent couple of years with the Indian A team before getting his big chance at Lord’s in 1996. He scored 95 in the match and after that he didn’t look back. An ideal Test number three, he finished his Test career with more than 13,000 runs at an average of 52.

Gundappa Viswanath
Like Dravid, Viswanath didn’t waste any time in establishing himself in the Indian Test team. He scored 0 and 137 in his Test debut in Kanpur against Australia in 1969. He followed this with 44 not out in Delhi, which saw India complete a seven-wicket victory.

His heroics against a hostile Andy Roberts during the 1974-75 season have become a part of Indian cricket folklore. He scored 14 Test hundreds, and India never lost a Test when he scored a ton.

His 112 in Port of Spain in 1976 saw India successfully chase their 400-plus target. And his 114 at the MCG in 1981 eventually led to a famous comeback victory for India. 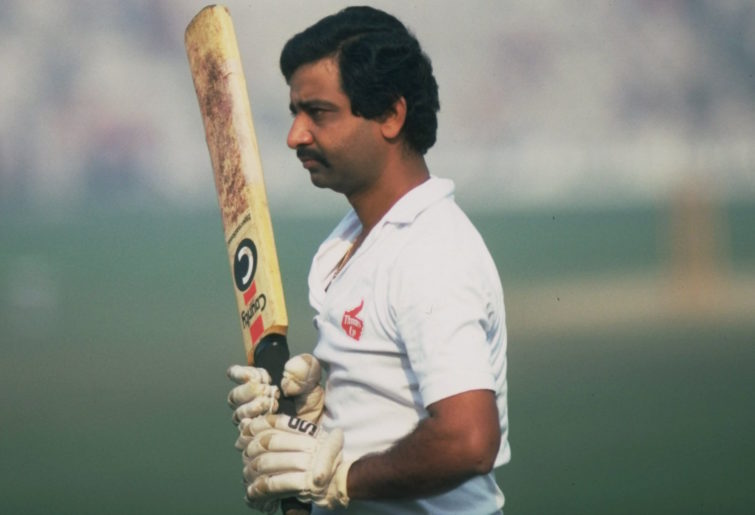 Brijesh Patel
A successful member of the Karnataka Ranji Trophy-winning team of 1974, he was rewarded with a place in the Indian team that toured England in the summer. He made both his Test and ODI debut during the tour.

After scoring his only Test ton (115 not out) in Port of Spain in 1976, he became a part of history in the next Test, also at the same venue. In India’s second innings he remained 49 not out and made the winning hit as India created a new record for a successful fourth-innings chase.

The fourth and final Test of the series, in Kingston, Jamaica, became a different story all together. With Michael Holding bowling around the wicket to target the right hander’s body on a wicket with uneven bounce, Patel was retired hurt in the first innings and didn’t bat in the second.

He never fully recovered from this terrible experience, and he ended his 21-Test career with an average of 29. However, he remained a superstar with his state team, scoring more than 7000 runs at an average 57.00. A superb athlete, he would have played regularly for India’s ODI team if he was born a decade later.

Roger Binny
The first Anglo-Indian to play for India, Binny played different roles for his state team and for his national team. For Karnataka, he played mainly as a batsman, often opening the innings. For India, he was mostly used as a new-ball bowler and a lower-order batsman.

He had a natural out-swinger, but perhaps he lacked half a yard in pace. Still, he was a formidable force in seamer-friendly conditions. A hero of India’s 1983 World Cup success, his most memorable Test performance came at Headingley in 1986. He took 5-40 and 2-18 as India won by a huge margin.

Syed Kirmani
After becoming India’s number one keeper following the retirement of Farokh Engineer in 1975, he held that position for a decade. He was adjudged the best wicketkeeper in the 1983 World Cup.

He was a dashing batsman during his days with the Indian school team, but never quite showed his best as a batsman in Test cricket. Still, his batting average of 27 was highly acceptable for a keeper in those days.

Anil Kumble
After getting into the Indian team as a ODI specialist, he became India’s main Test spinner, and finished with over 600 Test wickets at less than 30 apiece.

Javagal Srinath
Despite his impressive debut against Australia in 1991-92, he had to wait three more years before fully establishing himself in the Indian Test team. His Test record of 236 wickets at 30 apiece is not bad at all given the number of Tests he played on docile sub-continent wickets.

In Calcutta in 1999, he took 13 wickets in a Test against Pakistan: a rare feat for a quickie in Indian conditions.

Erapalli Prasanna
Although he never officially captained India, I have selected this little offie as the captain of this team, as he was the captain of Karnataka’s first ever Ranji Trophy-winning team in 1974.

Regarded by many to be the best spin bowler of his time, he took only 20 Tests to complete his 100 wickets in Tests, but internal politics within the Indian camp in the 1970s meant that he only played 49 times for India. His career-best match figures of 11-140 helped India win the 1976 Test in Auckland by eight wickets.

Bhagwath Chandrasekhar
Playing at the same time as Prasanna, leggie Chandrasekhar was India’s hero as they won their first ever Test in England at the Oval in 1971. Then, in the home series of 1972-73 against Tony Lewis’ England team, he created a new Indian record with 35 wickets in the series.

His career-best match figures came against Australia at the MCG in 1977, as he finished with identical figures of 6-52 in both innings to set up India’s first ever Test victory in Australia.

Like Kumble after him, Chandrasekhar also bowled at a much quicker pace than conventional leggies. A real rabbit with the bat, he finished with a Test batting average of 4.07.

One special mention goes to Venkataraman Subramanya. A middle-order batsman and a useful medium-pacer, he played nine Tests for India with modest success. After the 1967-68 tour to Australia and NZ, he decided to settle in Australia, thus ending his international career.

As the captain of Karnataka in the mid-1960s, he played a big part in developing the state team. He was instrumental in Viswanath getting a chance in the Ranji Trophy team.

Another special mention goes to M Chinnaswamy. A lawyer by profession, he was the founder of the Karnataka State Cricket Association and served it for almost four decades. Karnataka’s main cricket stadium is named after him.