Tigerbill44
Roar Guru
29th May, 2020
9
Join the conversation
Advertisement
Write for The Roar

It has reached 13 Ranji finals but has only won it twice. Bengal’s latest disappointment in the final came in March of this year with a narrow defeat against Saurashtra.

The team formed here is not particularly strong with only one player who can be termed as a superstar. However, it is an interesting mix of players born in Bengal and players who made significant contribution to Bengal cricket after settling there.

And three of my team comes from one family and I have a father-and-son opening combination.

Pankaj Roy
A solid right-hand opening bat, Pankaj scored more than 2000 Test runs for India with an average of 32. His Test career included dizzy heights as well as abysmal lows.

After scoring two hundreds in his debut series against a below-strength England team at home in 1951-52, he had five ducks in seven innings in England the following summer. He struggled badly against the pace of Fred Trueman.

However, he did much better in the West Indies on tour in 1953, scoring 150 in Kingston. But his most memorable effort came in Madras against NZ in 1956. He scored his career-best 173 and shared a 413-run opening stand with Vinoo Mankad (213). This was a record for the opening stand in Tests for more than half a century.

Pankaj played in the historic Dacca Test of 1955. He was 67 not out in the second innings when the match ended in a draw. Three decades later, his son Pranab would play in the same ground representing the state team.

He captained India in one Test. Two of his sons played first-class cricket for Bengal.

Pranab Roy
Just like his father, Pranab made his Test debut at home against England. Brought into the team to replace flamboyant Kris Srikkanth as Sunil Gavaskar’s opening partner, he showed batting of a different style.

He scored just 71 runs with a strike rate of 30. His average of 35.50 may look okay, but it was buoyed by an unbeaten 60 on the final day of a drawn Test match which never had any chance of producing a result.

He still made the touring party for England in the summer, but struggled in the county matches. Despite scoring heavily in the domestic arena, he never played for India again.

He made two tours of Bangladesh with the West Bengal team.

Arun Lal
A right-handed opening bat for Delhi, Arun moved to Bengal in 1980-81 – a move that proved highly successful for both the player and his adopted state.

He made his Test debut in Madras in the autumn of 1982. He scored 63 in the opening innings, sharing a 156-run opening stand with Sunil Gavaskar. However, he had a difficult winter. First he struggled against the late swing of Imran Khan in Pakistan. And then in the tour to the West Indies, he struggled on the bouncy pitches against the island teams and couldn’t break in to the Test team.

After four years, he emerged as the replacement for Gavaskar. They were big shoes to fill and his Test career ended after another disappointing tour to the West Indies in 1989.

There was some solace for him a year later when he played a leading role in Bengal wining only their second Ranji title, beating Delhi in a badly rain-affected final.

Arun Lal was a familiar figure to the Dhaka crowd. He often featured in the Dhaka League, playing for Abahani KC.

Sourav Ganguly
After struggling for 13 balls scoring three in his debut ODI match against the West Indies in 1992, he became almost a forgotten man in Indian cricket. However, he gradually bought himself back in the limelight.

His fine 88 in the low-scoring final of the 1994 Ranji Trophy wasn’t enough for Bengal to win, but it did catch the eyes of the selectors. After spending some time with the India A team, he finally got his big break at Lord’s in 1996.

After scoring back-to-back hundreds at Lord’s and Trent Bridge, he didn’t look back and finished his career with more than 7000 Test runs.

He was also a successful captain, leading India in 49 Tests.

Ambar Roy
The third member of the Roy family, Ambar was the nephew of Pankaj. A dashing left hander, he scored 48 with ten boundaries in his debut Test against NZ in Nagpur. However, he failed to make much impact after that, and his Test career lasted just four Tests.

He remained a consistent performer for Bengal, finishing his Ranji Trophy career with an average of almost 50.

He was a selector for Bengal for 15 years and is credited with spotting the talent of a young left hander named Sourav Ganguly.

Rohan Gavaskar
Despite his two names – he was named after Rohan Kanhai – Gavaskar Junior was a player of modest ability. A left-hand batsman and occasional left-arm spinner, he knew that it would be very difficult for him to get into a Bombay team filled with batting talents in the early ’90s. So he moved to Bengal and enjoyed a successful first-class career.

He also played 11 ODIs for India with modest success.

Wriddhiman Saha
Assigned with the unenviable task of replacing MS Dhoni in the Indian Test team, he has done pretty well so far. In 37 Tests he has scored more than 2700 runs with three hundreds. His average is just above 30.

For Bengal, he scored a hundred on his Ranji debut, and averages 42 with the bat in first-class cricket.

Mohammad Shami
After failing to make the Delhi under-19 team, he tried his luck with Bengal. Since then, he has steadily moved up the ladders to become a premier pace bowler for India in both Tests and ODI cricket.

Despite not being particularly tall, he has a good bouncer. And he uses the reverse swing well with the old ball. His Test record of 180 wickets from 49 Tests at 27 apiece places him in a position where he can eventually become one of the most successful pace bowlers in Indian cricket history. 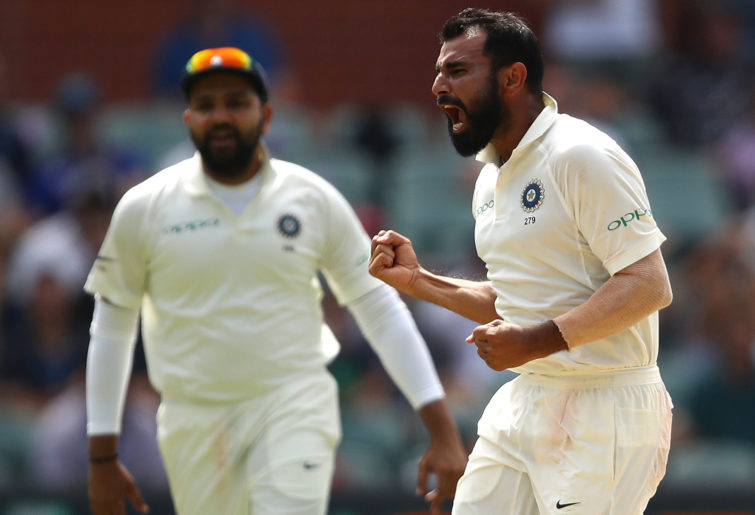 Subrata Guha
An impressive display against Garfield Sobers’ Windies team in a tour match in 1966-67 brought him in to the limelight and he was included in the team to tour England in 1967. In his debut Test at Headingley he toiled hard, bowling 48 wicket-less overs.

He played three more Tests at home against Australia in 1969-70 with little success. And his Test record shows only three wickets at an unflattering average of 103.66.

But he had a successful first-class career, taking 299 wickets at an average of 20.

Saradindu Mukherjee
Much was expected of the off-spinner when he claimed a hat trick on his Ranji debut. But in the end, he just played 30 first-class matches.

He was a surprise pick for the Indian Asia Cup team in 1990-91. In the three matches of the event, he bowled economically, but picked up only two wickets. In fact, he dismissed Aravinda de Silva in both the matches against Sri Lanka.

Dilip Doshi
Born at Rajkot, Saurashtra, Doshi eventually settled in Calcutta, becoming a vital member of the Bengal team. A left-arm spinner, he had to wait until the retirement of Bishan Bedi to make his India debut.

His chance finally came at the age of 31, against Australia in Madras in the autumn of 1979. And he made an impressive debut, taking eight wickets in the match, including 6-103 in the first innings. He remained a regular in the Indian team for the next three years, enjoying greater success at home. But he was never a great favourite of the captain Sunil Gavaskar, and his international career ended in 1983.

In his 33 Tests he took 114 wickets at an average of 30.71. He was only the second bowler after Clarrie Grimmett to make his Test debut after the age of 30 and still pick up 100-plus victims.

While he replaced Bishan Bedi as a bowler, he replaced Bhagwat Chandrasekhar as India’s number 11. His Test batting average is 4.60, comparable to any genuine number 11 of any era.

Outside the XI, a few players deserve special mentions.

Probir Sen, also known as Khokon Sen, was a wicketkeeper. He became the first Bengal cricketer to represent India while making his debut at the MCG in 1948. He was born in Comilla, now part of Bangladesh.

Chuni Goswami was a star footballer and was a regular with the Indian national football team. He was also a first-class cricketer. A right-arm medium pacer, he took eight wickets in the tour match against the Windies in 1966-67.

And finally I would like to mention Kamal Bhattacharya, our beloved Kamal Da. After making his first-class debut against Jack Ryder’s Australian team in 1935-36 at the Eden Gardens, he eventually played 35 first-class matches. He was a member of the Bengal team that won the Ranji Trophy in 1939. He also captained Bengal once.

After his retirement, he became a successful coach. But all his other achievements are overshadowed by his fame as a cricket commentator. For millions of listeners of Akashbani Calcutta, his commentary in Bangla coming from the Eden Gardens was an integral part of a Calcutta Test. For decades, he was the voice of wisdom for the cricket lovers of Bengal. 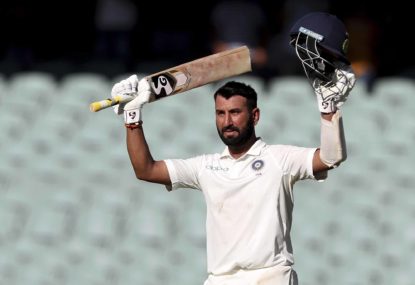