The first half was marred by the loss of their captain Mitchell Pearce, the halfback who guides the team around the park.

His injury was a head injury assessment (HIA) after colliding with Stephen Crichton. The clash knocked Mitchell Pearce to the ground.

A further injury was sustained to Connor Watson, who had to go off due to an ankle problem.

The first half was dominated by Penrith with tries to Viliame Kikau and Kurt Capewell. Those two scores sent Penrith into a dominant period in the first half until Jacob Saifiti scored near halftime for the Knights. 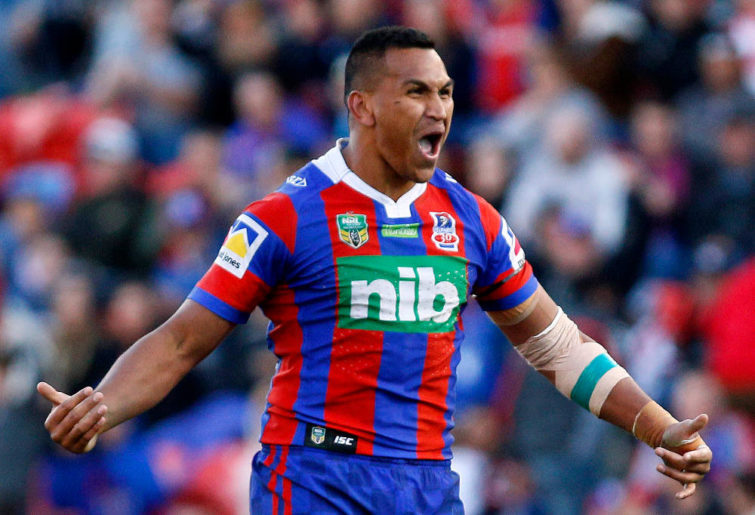 Bradman Best, from the form he showed today, has a bright future in the NRL. What a game he played, scoring two tries and making the metres when needed. He also tackled hard. He is a great future player for the Knights.

Tex Hoy had a blast in his first game for the season. He kicked one conversion from three attempts, however what he lacked in his kicking he made up for by supporting his fellow players and with his tackling ability.

In the second half, the Knights came out to give the game the best they could. They gave the game the excitement it deserved by levelling the scores at 14-all, sending the game into golden-point extra time.

Golden point was thrilling, with the drop goal attempts from both teams not finding their mark. That made every second count.

Newcastle, with three debutants, did not disgrace themselves at all. It was a hard game, and they had a chance to take the game away from the Panthers, who were so dominant in the first half.

It was a great Sunday afternoon game played by two teams who gave it their all.

A draw may not have been the best result for either team, however as an avid rugby league fan it was a classic, entertaining match.

The Newcastle Knights have re-signed star fullback Kalyn Ponga until the end of the 2024 NRL season.