But in a promising yet unfulfilling debut innings at the SCG, Usman Khawaja made 37 before falling to the crafty Graeme Swann.

But at 33 and having not played in Australia’s last seven Test matches or been given a national contact, have we seen the last of Khawaja at Test level? 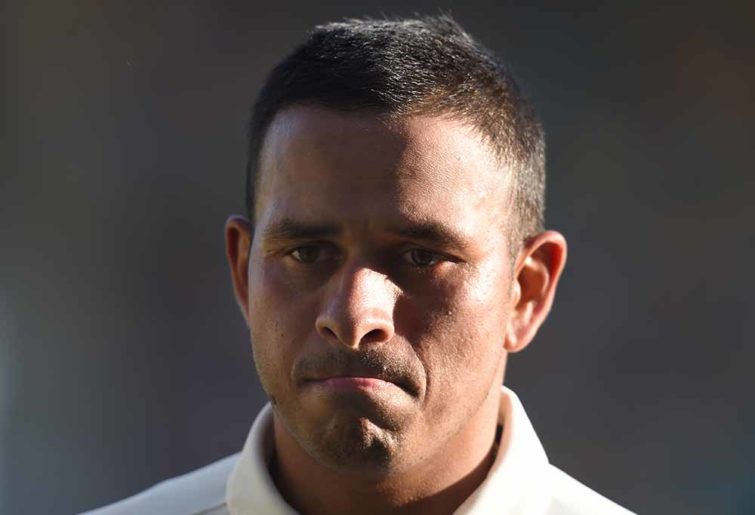 Throughout a decade-long career it’s bizarre that we’re still pondering where Khawaja’s best position sits. In a statistically driven sport the numbers don’t lie. An average of 96.80 as an opener dwarfs that of a 37 average at No. 3. Sure, it’s a small sample size of seven Test innings, but these numbers also translate to ODI cricket, where he averages nearly 54 as an opener (20 innings, strike rate 85.99) compared to nearly 30 as a No. 3 (17 innings, strike rate 78.13).

So why hasn’t Khawaja been given a greater opportunity to open the batting at Test level? Australia certainly haven’t been blessed with consistent, dominant opening batsman since the retirement of Chris Rogers in 2015. At one end David Warner has been a staple of the side, but even he was absent for 12 months thanks to the ball-tampering saga.

At the other end selectors have experimented, tossed and turned, with various options considered over the past few years. Joe Burns, Matt Renshaw, Cam Bancroft, Aaron Finch and Marcus Harris have all had multiple opportunities to cement themselves in Australia’s best XI.

Is it Khawaja’s persona on and off the field that leaves him behind the eight ball? At his best his laconic batting is stylish and graceful. At his worst his dismissals may be considered lazy and lacking the required care and intent of a Test batsman.

The Test, a must-watch documentary on Amazon Prime, offered the public a new perspective of Khawaja from inside the dressing room of a player who isn’t afraid to speak up and voice his opinion even if it means questioning training techniques of the coaching staff. Although respectable, such behaviour also opens him up to controversy and criticism.

After being released from the national contract list, Khawaja defied the selection panel by stating, “I still feel like I’m one of the top-six batsmen in the country”. Coaching staff, selectors and the public may disagree, but the question may never be answered unless he’s given an opportunity to open the batting again.

Incumbent opener Joe Burns is less than three years older, so it’s not an age issue. Burns averaged less than 26 in six innings against a battered and bruised Kiwi bowling line-up that was otherwise dominated by Australian batsmen.

Khawaja deserves one last chance, and there’s no reason to deny him that opportunity.