With the Queensland Government still refusing to open its borders, despite the desperate cackling of New South Wales Premier Gladys Berejiklian, and teams crisscrossing all over the country on flights not a realistic and sensible idea right now, it appears the creation of a hub is the only chance many sports have of reconvening.

Rugby league has set the standard under the direction of Peter V’landys, resuming play over the course of the weekend and successfully re-igniting its competition.

The code pushed ahead with a bold and brazen idea and after a weekend of cardboard cut-out fans, a non-diegetic soundtrack and a subsequent ratings bonanza, has been rewarded by being the first Australian code to recommence since the outbreak of the COVID-19 pandemic. 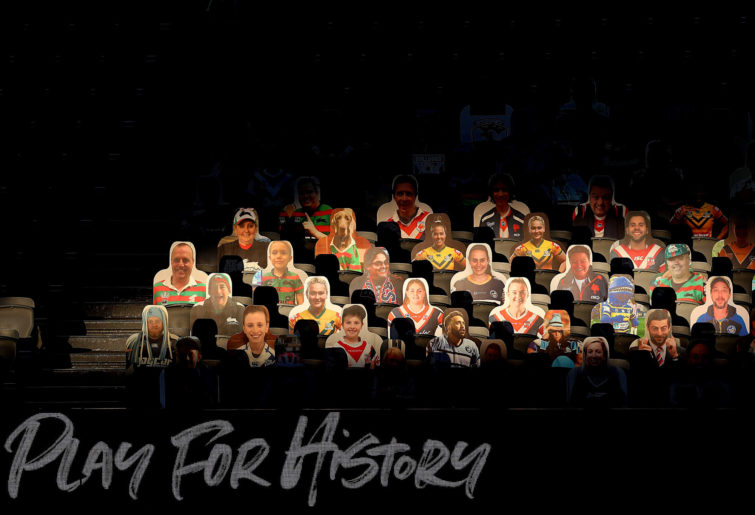 Football will not be far behind, with a mid-June return to training on the cards and a recommencement of formal competition somewhere around the middle of July.

FFA head James Johnson made the announcement on Friday, with the not-so-small detail of final negotiations with Fox Sports and a workable draw still to be navigated.

That draw will see 32 games in 36 days; an absolute barrage of football that will see us here at The Roar as busy as a one-armed painter with an itch. 2020 will forever live as the most unscripted year in recent memory and life has become something of contingency plan after contingency plan.

Johnson and his team, in conjunction with the A-League clubs, owners and the PFA, have constructed their own with an intention to cram two months of football into one. In order to do so, they have created a hub.

Unsurprisingly, that hub will be in New South Wales. For international readers or those weak in geographical knowledge, New South Wales is the most populous state in Australia and the home of four A-League clubs.

Aside from an intention to play the remaining fixtures between the three Victorian clubs in their home state before joining the remaining eight clubs in the hub, each and every match will be played in New South Wales.

Potentially, fixtures could be played in Newcastle and on the Central Coast, yet it is also possible that the draw could in fact be far narrower; using Sydney exclusively to host what is likely to be a match played almost every day of the week.

Brisbane Roar CEO David Pourre expressed his extreme disappointment in the decision, citing a lack of consultation and stating “So much for due process and having options to consider. One would think that during this time we open our minds to all possibilities for the best interests of all players, all coaches, all administrators, extended employees and above all else, the game! Not just NSW.”

Over the weekend, the Courier Mail reported that something of a ‘bidding war’ may in fact evolve between the states, with Pourre at the helm of a group of A-League thinkers infuriated by Johnson’s announcement.

Allegations of a New South Wales bias are frequent in Australia, not just in relation to sport. However, with more than a third of A-League teams based in the state and all matches destined to be played without fans in the stadium, an argument could be made that FFA’s decision is in fact a prudent one.

Pourre certainly does not see things through that lens and referenced the denial of ‘opportunity’ that he perceives Queensland, South Australia, Western Australia and Victoria have received.

Frankly, I’m a little confused as to precisely what that opportunity actually is, considering fans will be able to do nothing more than watch the matches at home, yet can also appreciate the collective throwing back of heads occurring in many states, as people feign surprise at the selection of the host state for the A-League hub.

The major inconvenience will be to clubs resettling on the east coast for a month of football, with players away from families and home base for an extended time. Wellington will suffer most significantly, with a period of quarantine looming upon their arrival in the country.

An empty stadium is seen during the Round 24 A-League match between Western Sydney Wanderers and Sydney FC at Bankwest Stadium, Parramatta in Sydney, Saturday, March 21, 2020. (AAP Image/Dean Lewins)

Training facilities, gymnasiums and medical support networks will need to be set up in close proximity to all clubs’ home bases, whether that be in Sydney alone or extending into the Gosford and Hunter regions.

Such a task would be far more challenging in Perth or Adelaide, doable in Victoria and David Pourre appears confident that the sunshine state could also manage the logistics.

However, at this stage it appears unlikely the state will be given the chance to shine. The Roar boss is none too pleased and ‘incensed’ by the decision.

With a common interest in returning to the pitch and completing a season existing, the opportunity for a united effort presented itself to the A-League clubs. True to Australian football history, such an opportunity failed, once again, to encourage states and/or clubs to throw away petty power struggles and differences.

Now, as FFA compile the chaotic draw that will lead us to the crowning of a new A-League champion, David Pourre’s voice is leading the charge of the disgruntled, as New South Wales receives yet another perceived advantage from the powers at be.