You know your team is in shatters when the experienced James Graham said even he is surprised he got picked because of his performance against the Warriors on the weekend.

Origin forward Tyson Frizell is joining the Knights in 2021 because, he said, he wants to join a team to win a premiership.

St George Illawarra are taking on a Bulldogs side who got a belting from Manly 32-6 and coach Paul McGregor has made two changes that will shock both Dragons and non-Dragons fans.

Corey Norman has been moved to fullback, Ben Hunt has been named at five-eighth, with Adam Clune to make his NRL debut at halfback at the age of 24, while Matt Dufty has been named 19th man.

There are reports ‘Mary’ has two more games to produce a win and the Doggies’ defence will definitely put up a fight.

Kieran Foran has been named at five-eighth and is a big in – he may be the difference for Bulldogs’ attack, particularly if he can get his combination with Lachlan Lewis firing. Lewis has a good kicking game and Foran has strong organisational and passing games, which is the balance Canterbury need.

Both coaches are under pressure and will be looking to reduce the pressure that is building up after every loss.

Ultimately, the Dragons are in shatters and that’s why the Bulldogs will win by eight – even though both teams are desperate for their first win of 2020.

The former Panthers great says staying down for a penalty is not a good look for the game. 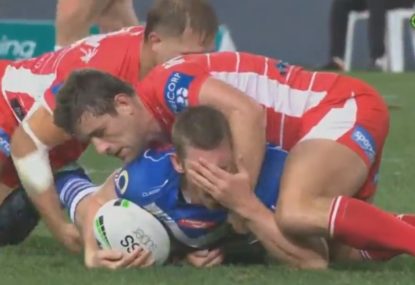 Nothing seemed to be going right for the Dragons, who went down 28-6 to the Bulldogs. 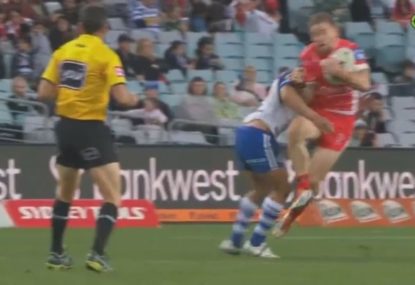 Josh Jackson was penalised after repeated infringements – but the commentator couldn’t understand it. 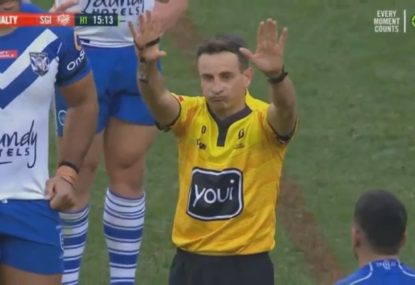 I recently watched a reply of the 2001 match-up between the St George Illawarra Dragons and the Wests Tigers.

Matt Dufty has proven the Dragons' decision making is madness 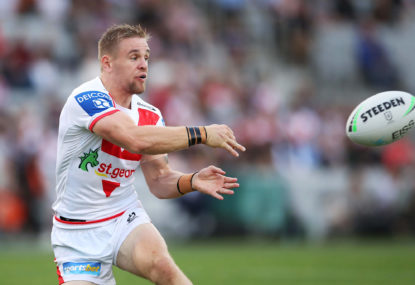 Matt Dufty has proven the Dragons' decision making is madness

Last season I examined Matt Dufty’s game in detail and my assessment has turned out to be pretty spot on. 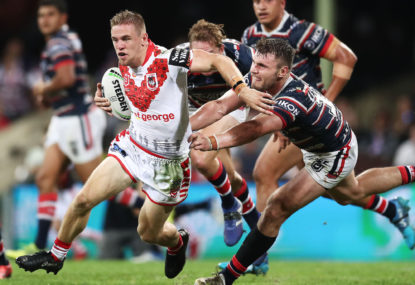