His contribution to the sport has been simply phenomenal. Goals, showmanship and a trophy cabinet like few others, Ronaldo, alongside Lionel Messi, is widely considered the greatest footballer of all time.

Before making the move to Juventus, Ronaldo won every piece of domestic silverware available with both Manchester United and Real Madrid. Now enjoying life in Northern Italy, Ronaldo has become the first player to win a league title in three of Europe’s top-five leagues.

Many footballers are raised through the world’s top-club academies, but for Ronaldo, he was virtually a nobody at 17 years of age despite having made 31 first-team appearances for Portugal’s Sporting Lisbon.

For Ronaldo, notoriety came by way of a friendly encounter with English powerhouse, Manchester United.

In August 2003, Manchester United faced Liga Nos side Sporting Lisbon in an exhibition match that made up part of their preseason world tour. An exhibition that would unknowingly rewrite United’s history.

This is not to say that Ronaldo was not under the watchful eyes of some of Europe’s top scouts. Yet, it was during this game where Ronaldo truly broadcast his skill set and potential to the world.

Prior to the game, United’s players were warned of a talented young winger, merely being told, “Watch out for him, he’s quite good.”

Ronaldo was tall, yet skinny, had lightning-fast feet and a unique technical ability well beyond his years. Far from the complete package, Ronaldo completely dominated the first half.

Aware of what was at stake, and the magnitude of the occasion, Ronaldo spent the entirety of the first half bullying a dumbfounded John O’Shea, a world-class defender for the time.

He unveiled his bag of tricks along the way and the flair he exhibited was nothing short of incredible. He was simply too hard to contain.

During the break, legendary center-back Rio Ferdinand recalls O’Shea gasping for air after the young winger ran rampant. The halftime talk was centred around Ronaldo’s performance. The potential, his acquisition and generational ability were all at the focus.

Sir Alex Fergusson spent the remainder of the fixture with Sporting Lisbon’s board negotiating the teenager’s terms before signing him only days later.

The urgency showed by Fergusson was necessary and should be applauded, as offers from Arsenal, Real Madrid and Barcelona soon followed the game’s conclusion. 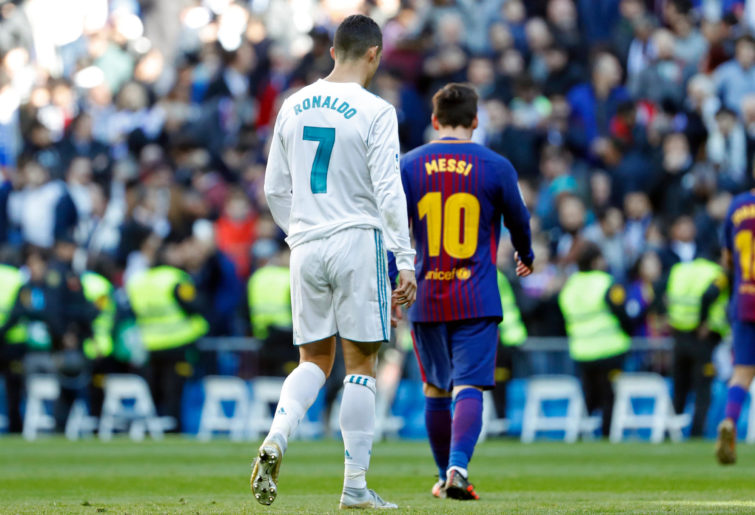 Had this match not been played, it is hard to say that Ronaldo would not have gone on to achieve what he has given his generational technical ability and work ethic.

What is more interesting to ponder is whether or not Manchester United would have achieved arguably their greatest period of success without his signature.