There was no doubt heading into Round 1 that the match of the round was the Western Bulldogs versus Collingwood, two contenders going head-to-head on the opening weekend. This was a game that would help us see just how legitimate both teams are.

The Bulldogs were dominated, the Pies had all the time and space you could wish for and the typical Round 1 intensity was nowhere to be seen from the Bulldogs. They showed almost no resistance and went without so much as a whimper.

Their strength is their midfield. They bat incredibly deep but so do most midfields at the pointy end of the ladder.

They weren’t able to dictate to Collingwood’s engine room and they lost all control of the game. They don’t have a strong enough forward line to stay in games when their midfield isn’t winning first use. Not against the better teams anyway.

Tim English looks to be a bright spark for the future but the way he was rag-dolled by Brodie Grundy posed questions about whether he is ready to be the number one ruckman in a premiership side. If he were to meet Grundy again in finals action, would he be able to stand up? 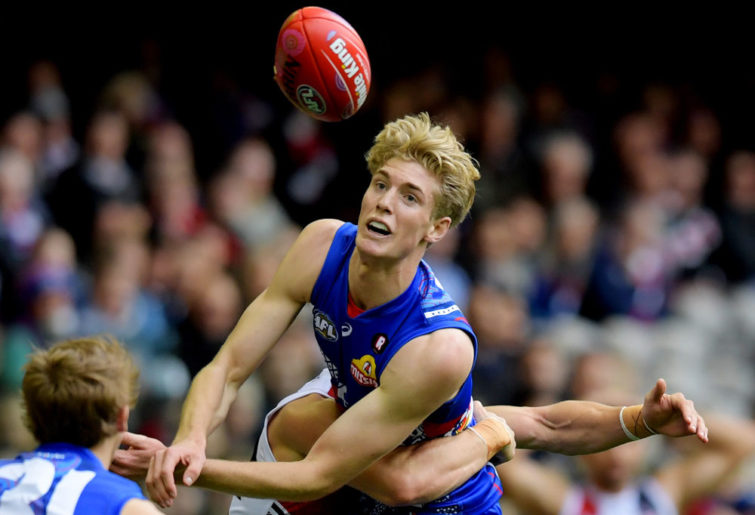 Their defence was all over the place, as can so often happen when their is little to no pressure on the ball when it is coming inside 50. Their game is largely based on winning the ball out of the midfield and moving it quickly by hands to escape congestion, however a good pressure side won’t allow that to happen with ease.

Collingwood were on the Bulldogs’ tail all game and there seemed to be no obvious plan B to turn to.

The Dogs’ midfield is as strong as any in the competition and their ball use makes their smaller forward line to shine despite what often shape up as mismatches.

Marcus Bontempelli may just be the game’s best player and he has the ability to carry a team over the line with X-factor way beyond his years, while Josh Dunkley can both tag and win his own ball, making him one of the league’s best two-way midfielders.

If their midfield fires under the service of English they will be a very imposing figure in 2020. The questions sit on whether they have another way to win. Luke Beveridge has other ideas, but the question mainly looms over the Bulldogs’ ability to pull off whatever plan that is.

For the first time in perhaps many years, there is expectation on the Bulldogs. Even in 2017 after their incredible premiership success, there was an element of expectation that they wouldn’t be able to repeat the same heroics.

If they aren’t able to hit the ground running when the season restarts, they may quickly find themselves back to the drawing board for this season and seasons ahead.

Western Bulldogs veteran Easton Wood has announced his retirement from the AFL. The 32-year old will be remembered as one of just two premiership captains in the club’s history, having famously stepped in for injured skipper Robert Murphy in the Dogs’ fairytale run to the 2016 flag. Wood also won a club best and fairest […]

The Western Bulldogs had 15 wins and seven losses in the home-and-away season in season 2021.