Lawrence accepted his offer to join the University of Clemson in 2017 as the nation’s number two prospect according to ESPN, where the big man with the flowing blonde locks went on to lead the Tigers to a national championship in his true freshman season.

Lawrence had a slightly underwhelming start to his sophomore season in 2019, though he finished the season having thrown for 3,665 yards with a career-high 36 touchdowns and eight interceptions.

Equally adept on the ground (967 rushing yards and 10 rushing touchdowns on 163 career carries), Lawrence is widely considered the best quarterback prospect in a generation, and there has even been some experts suggesting the idea of Lawrence sitting out season 2020 on the premise of nothing left to gain (besides maybe a Heisman Trophy).

Has been considered the likely number one pick in the 2021 NFL draft for well over two years now. 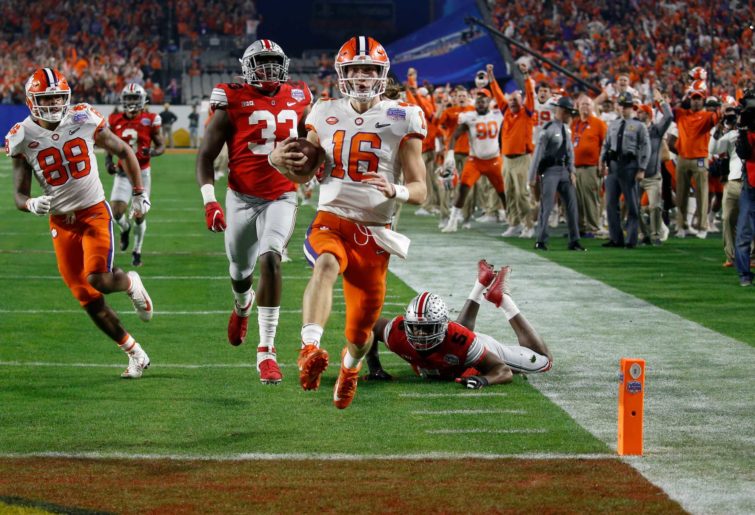 Transferred from the University of Georgia to Ohio State before the 2019 season, where he went on to have one of the greatest statistical seasons in the history of Ohio State football. Fields completed 67.2 percent of his passes for 3,273 yards in 2019 while accounting for 51 touchdowns (41 passing, 10 rushing), before finishing third in the Heisman trophy voting.

Statistically, he outperformed rival and friend Trevor Lawrence during the 2019 season, and it will be interesting to watch how the battle between the two Georgia natives plays out in 2020.

It wouldn’t be a huge surprise to see the prospective number one and two picks meet each other for the final time in the national championship game next January. 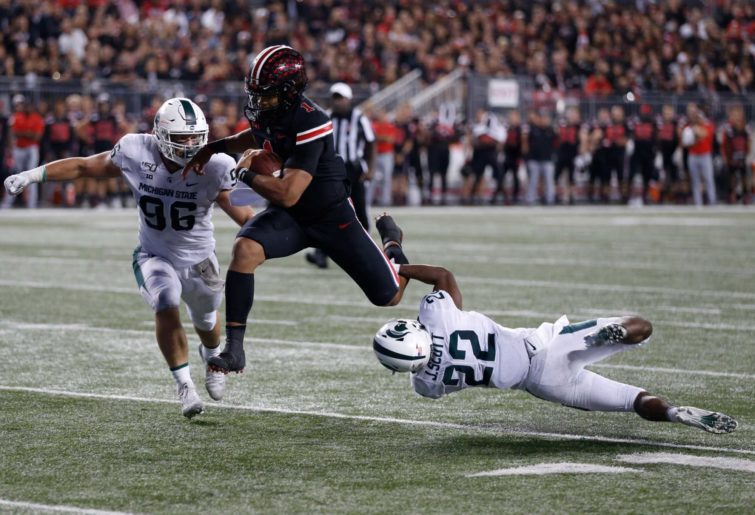 Lance’s name is garnering some serious attention as we head towards the 2020 college football season. That’s going to happen when you lead your school to an undefeated championship season and the first 16-0 record in college football since 1894.

In his redshirt freshman season in 2019, Lance threw for 28 touchdowns against an astonishing zero interceptions, while rushing for an equally incredible 1,100 yards and 14 touchdowns.

In doing so, Lance set the NCAA all-divisions record for most passing attempts in a complete season without an interception (287 pass attempts). Despite playing outside of the power five conferences, and with a relatively limited sample size to assess, Trey Lance will be a name to watch as a dual threat quarterback in season 2020.

Fifth-year senior who will be the presumptive starter for national championship contender Georgia after transferring from Wake Forrest at the end of last season. Started all bar one game in 2019, throwing for 2,868 yards with 26 touchdowns and eleven interceptions.

Also rushed for 574 yards and 6 touchdowns. Has only 16 starts to his name, which is a small number for a fifth-year player, however, has showed enough to entice scouts with his natural arm talent and effectiveness as a runner.

The last three Heisman trophy winners have been transferred quarterbacks, and if Newman can flourish under centre in Georgia’s pro-style offense, it’s not out of the realms of possibility that he makes it four in a row.

Started all 13 games as a third-year sophomore in 2019, leading Minnesota to its best season in more than half a century and first 11-win season since 1904. Morgan set school single season records for both passing yards (3,253) and passing touchdowns (30) on his way to being named All-Big Ten second team.

Minnesota boast a 15-4 record over the last two seasons with Morgan as its starting quarterback, with the Kentucky signal caller becoming the first quarterback in school history to throw a touchdown in every game last season.

Morgan lacks the prototypical size for the position; however, he has flashed big time accuracy, decision making and anticipation in his 19 games as a starter, all traits that scouts and general managers look for.

Morgan is squarely in the group jostling to be considered the third quarterback prospect heading into season 2020.