The Cats have persistently requested and just about demanded all or at the very least most of their home games be played out of GMHBA Stadium in Geelong.

Whether it be home-and-away season games or finals footy, the Geelong hierarchy have been incredibly vocal about their wishes.

Ranging from fans to coach Chris Scott and all the way to CEO Brian Cook, the noise from down the highway has been deafening but has fallen on deaf ears at AFL house.

That is until this year. The AFL have granted the Cats their wish in light of the current pandemic. With fans being kept out of stadiums, the AFL’s reasoning for hosting Geelong’s more high-profile home games has gone out the window. No longer is the fear of people missing out valid.

The Cats have been granted three games at GMHBA Stadium in their first five games. Round 2 is the major win from the next four rounds revealed by the AFL so far.

For the first time in 14 years Geelong will host Hawthorn in Geelong, a game usually hosted at the MCG. 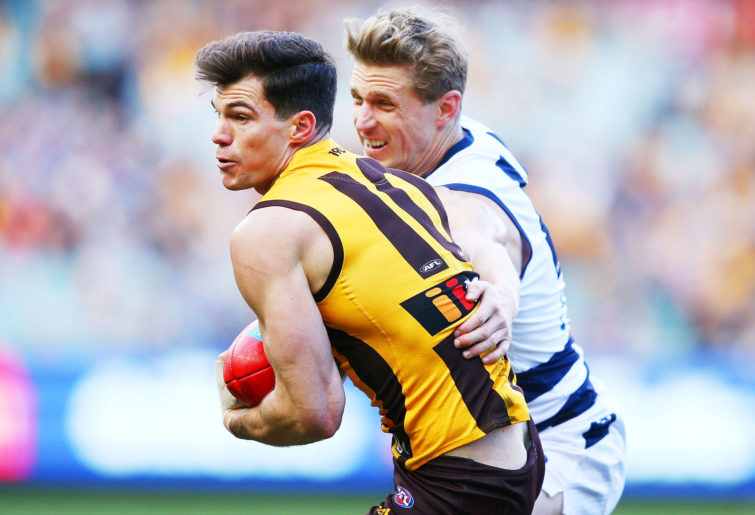 They then host Carlton and Gold Coast, two fixtures that may well have been played in Geelong anyway. However Carlton weren’t scheduled to travel down the highway this year so there’s another tick in the box.

However, the fact the Hawks are travelling to their opponents’ home deck sets a precedent for big Melbourne teams such as Richmond, Collingwood and Essendon to face the same fate.

Let’s say Geelong get two of either Richmond, Essendon or Collingwood to play at GMHBA, the pressure will well and truly be on the Cats. They will need to win almost all of their home games to avoid both public ridicule and perhaps even worse, a smug AFL.

If Geelong lose any or some or – God forbid – most of these home games, the league will be more than happy to cite the Cats’ possible failures at home as a reason to keep some of their bigger home games at the MCG and Marvel Stadium.

All going well, if they can turn GMHBA into even more of a fortress, they quickly become premiership contenders. But can they do so without the parochial home support?

But if things go wrong, the Cats quickly become the laughing stock of the competition and could face an even worse slide than many experts have anticipated.

Away games will become even more critical and will just add pressure, for which the Cats can only blame themselves.

So over to you now, Geelong, because the Cats have it all to lose and the blame will fall fairly and squarely on their own shoulders.