There’s only one Magpies.

Let’s backtrack for those who don’t know. Port Power’s forebear is the Port Adelaide Magpies in the SANFL, or the South Australian National Football League, in case you didn’t know that it – or South Australia – existed. In the SANFL, the Port Magpies wear a striped black-and-white jumper with a prison bar design. 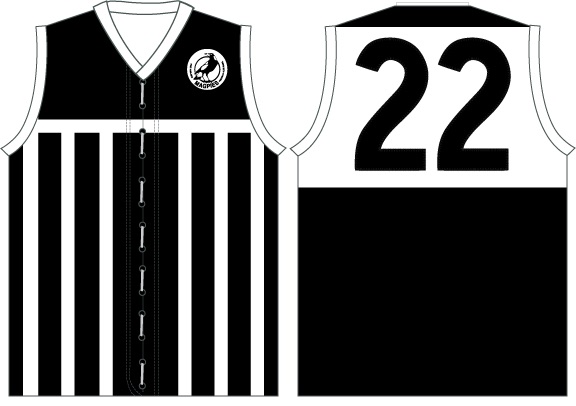 Port is the bizarro Collingwood.

Collingwood enjoy (well, as a Collingwood supporter, I can safely vouch that I don’t enjoy this at all) a grand final record of 15 flags, 27 runners-up (not a typo), and two draws (not a typo either – they have more draws than St Kilda has premierships).

Port Adelaide have won 36 flags and 38 runners-up. Their win-loss ratio has only gone into the red since they spawned the Port Power into the AFL. Next best is Norwood with 30-23, then Sturt with 15-11.

Not to be discouraged, the AFL decided if they couldn’t have an Adelaide team, they could poach Adelaide’s most famous team: the Port Adelaide Magpies.

Cue indignation – oh, not from South Australians, although there was plenty of that. This was from Collingwood.

The approach to Port prompted South Australia to create the Adelaide Crows, who entered the comp in 1991. Port Adelaide would not enter the competition until 1997.

I love the argument that there can be only one Magpies.

When Port have tested waters to see if they can wear their traditional guernsey, they’ve never (to my knowledge) request the Magpies moniker. But Collingwood defenders throw this in to claim ownership on the identity, as if that’s what Port are trying to appropriate.

We’re only actually talking about the jumper.

What’s wrong with having two different clubs using the same colours? There are variations throughout the league of the same colours, such as Melbourne (red and blue) and the Bulldogs (red, blue and white), and St Kilda (red, black and white) and Essendon (red and black). The only foundation AFL club (that is a club that was there when the AFL was born in 1990) that’s genuinely unique is Hawthorn… although who’d want to copy those colours?

Eddie McGuire will claim that Collingwood has always had an ownership of the black-and-white stripes, and that Port Adelaide wore something else in their history: light blue and white stripes from 1870-76, pink from 1872-82, and variations of magenta and blue  from 1884-1901, before adopting black and white in 1902. 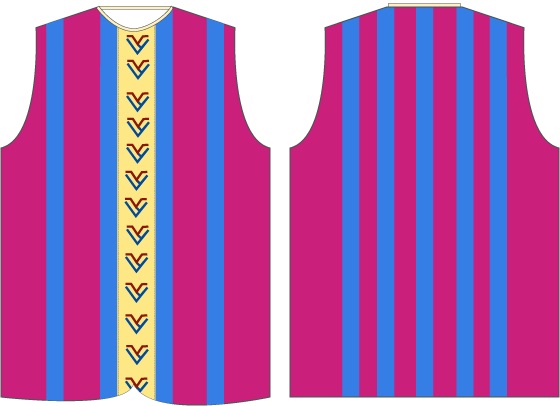 It’s an obstinate assertion, like Collingwood has never, ever changed their jumpers.

The team I grew up with (until 2000) had a white base with a black number. In 2001, Collingwood inverted the pattern so their jumper has a black base. There are claims we wore this in the past, and we were just going back to tradition.

I’ve been reliably informed by Rob Meredith from the Footy Jumpers website that the closest Collingwood got to a black base was in 1908, when the girth of a player determined how many stripes appeared in the uniform (so it could theoretically have more black than white). It wasn’t until 1976 that Collingwood went for the three-stripe model.

They’ve had some nice alternative strips. The heritage strip they wore in a 2003 home-and-away clash against Brisbane was predominantly white, and had thin black stripes. I’m sure you could invert this and it’d clash less with, say, somebody like North Melbourne, than their current strip. 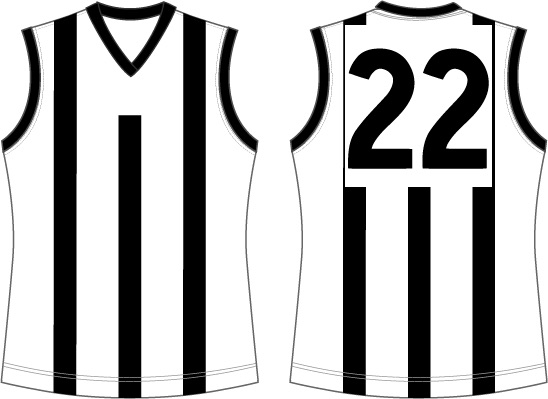 In the 1982 pre-season comp (although back then, the comp was played concurrent to the home-and-away season, Collingwood played another team with black-and-white stripes, East Perth, and lost the toss on who got to keep their jumper. They changed to a jumper similar to Melbourne’s, only black and white. 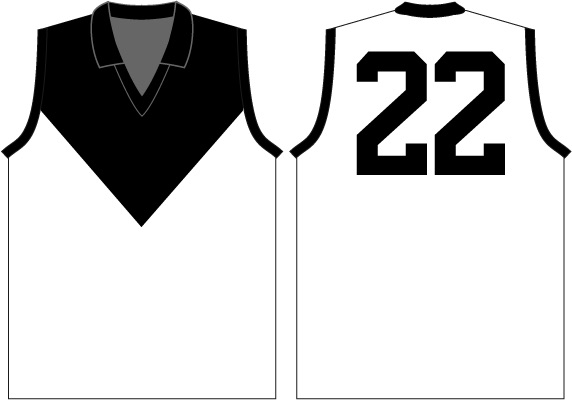 Are we that beholden to some spurious tradition given all the changes the jumper has endured that we’re so precious over its ownership? In this era of mass merchandising and sponsorship and promotion, couldn’t we look at changing the jumper (when required) as an opportunity?

For example, why not use a round to promote fundraising and awareness for breast cancer, and introduce pink into the strip? For aficionados of pro wrestling, former WWF/E world champion and hall of famer Bret “Hitman” Hart wore black, white, and pink throughout his entire career and made it work. This would be doing something for a good cause.

We have all these ostensible trophies now for home-and-away matches, and most of them mean nothing – at best, they’re tied to worthy causes, but have little prestige as silverware or for bragging rights. Here’s something that could generate legitimate heat and rivalry and also be fun.

The Collingwood jumper debate is yet another example of this club holding too tightly onto their history, rather than creating their future.