Some 258 days after the final race of the 2019 season, IndyCar was back in action at the weekend with the Genesys 300 at the Texas Motor Speedway.

It was the first time that the 1.5-mile-long oval had hosted the IndyCar season opener. Normally, the Grand Prix of St Petersburg is the first race of the season and would have been held on March 15 this year. Due to the COVID-19 pandemic though, it will now be the final race of the season on October 25.

COVID-19 restrictions were in force in Texas with IndyCar publishing a 35-page event procedures plan for the teams to follow. Everyone who travelled to the track had two screenings – one to get onto the chartered flight to Texas and another screening once they were at the track.

As for the on-track action, a one-day format was used with practice, qualifying and the race all being held on the same day. For drivers like Jack Harvey, who had never driven on this track before, this meant there was limited time to get up to speed.

Defending champion Josef Newgarden had no problem getting up to speed as he took his ninth career pole in qualifying. However, it was a different story for the Penske driver in the race.

Throughout the race, Newgarden reported feeling vibrations from his right rear tyre. This handed Newgarden’s early lead to Scott Dixon, who passed him on Lap 32.

Newgarden was further handicapped by the fact that he had to pit a few laps earlier than his competitors. His Penske teammate, Simon Pagenaud, was also suffering from similar problems.

Scott Dixon was able to take advantage of Penske’s problems and build his lead.

Dixon’s main challenger in the latter stages of the race was last season’s rookie of the year, Felix Rosenqvist, who was able to close the gap to Dixon whenever the Kiwi was stuck in traffic.

This was especially the case when Dixon was unable to get past the already lapped Alexander Rossi into Turn 1. However, just as Rosenqvist managed to get right up to the back of Dixon, the Kiwi was able to get past Rossi on the back straight.

Rosenqvist made his final pit stop with 15 laps to go. The Swede was unable to take advantage of having fresh rubber because he came across traffic, allowing Dixon to maintain the lead once he made his stop with 12 laps to go.

Rosenqvist’s frustration with traffic was ultimately his downfall. With ten laps to go, he went to the outside of Turn 1 in order to get past James Hinchcliffe but lost it and crashed into the wall at Turn 2. Rosenqvist was one of several drivers to fall foul of the lack of grip on the outside of Turns 1 and 2 in comparison to the racing line.

It was a shame because Rosenqvist was on track for a good finish.

There were three laps to go once the caution brought out by Rosenqvist’s crash had ended, after which Dixon was able to pull away from his rivals and take the chequered flag. 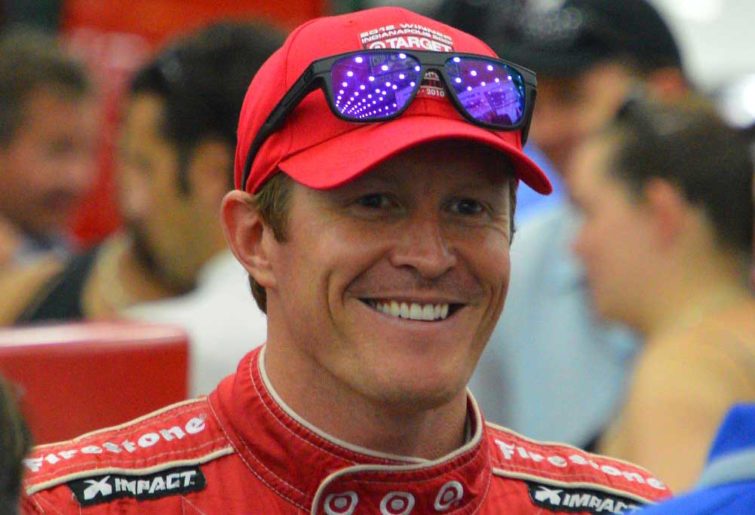 All in all, Dixon led 157 laps of the 200-lap race. It was a truly dominant drive with some brilliant passes made on Josef Newgarden in the early stages.

Pagenaud and Newgarden finished second and third respectively by virtue of crashes by Rosenqvist and Charlie Kimball. Kimball had been running in the top five before crashing out on the final lap of the race.

Honourable mentions for this race go to Zach Veach, who finished an equal career-best of fourth, Conor Daly, who moved up 13 positions from the start to finish sixth, and rookie Oliver Askew, who made up 11 positions to finish ninth.

Will Power finished in 13th. The Australian’s race was hampered by a poor second pit stop where the right rear tyre was not put on properly before the car was released.

IndyCar’s next race takes place on the road course at the Indianapolis Motor Speedway on July 4.