The word ‘tora’ has multiple meanings. It is the Japanese word for Tiger and in its abbreviated form translates to ‘lightning attack’.

‘Tora’ was also the code word used, in triplet, in the 1941 attack on Pearl Harbour to indicate that complete surprise had been achieved.

Given all that has happened in Australian rugby in recent times, it is hard to envisage what else there is remaining that could surprise. But the emergence of a new organisation called TORA – The Over 35s Rugby Alliance – comes as a welcome development for a sport desperate for good news in 2020.

Veterans/masters/golden oldies rugby has a presence in all Australian rugby states but to date has operated at the whim of organisers and participants based on what has historically occurred in each location.

As a result, the approach differs from state to state, with some running organised club competitions with regularly scheduled matches and others playing on an ad hoc social basis. Some groups run two or three carnival days per year and others limit their involvement to touring around masters tournaments in Australia and overseas.

The brainchild of Vic Masters driving force Ian Barker, TORA has modest but important ambitions: to grow participation in masters rugby, to integrate all participants into one ‘family’ and to leverage better outcomes across areas like mean’s health, mental health and alignment with other areas of rugby.

Early indications are promising, with representatives from all states enthusiastically embracing the opportunity to learn from each other to improve their own experiences and to better coordinate their activities to ensure more interaction between them. 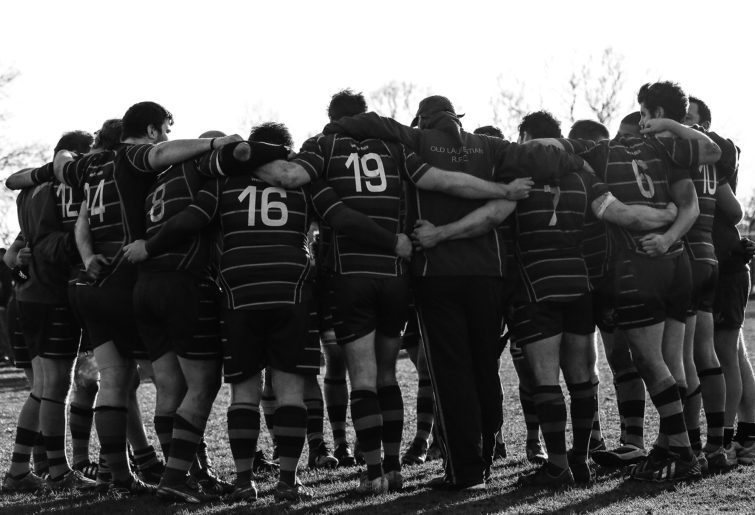 A committee of enthusiastic representatives has been meeting via Zoom, a Facebook page has been established and good progress has already made, with a meeting last week tackling issues around the provision of insurance and first aid on a national basis.

The low-hanging fruit includes the formation of a national calendar so that tournaments can be scheduled without date conflicts, allowing individual teams to map out their own programs by selecting tournaments to travel to.

It’s not just interstate. With Fiji and two New Zealand clubs – Takapuna and Gisborne Teachers – already on board, there’s no shortage of potential playing options, assuming the necessary funds can be cobbled together and home leave passes can be arranged.

ACT spokesman and colourful politician Bill Stefaniak has no doubt as to the benefits.

“We haven’t always travelled well for numbers,” he says. “Our big day is the ‘Fools Day’ tournament, held on the closest Saturday to 1 April, where we regularly host teams from Cooma, Jindabyne, Bega, the Staff Commanders and the Vincentia Van Goghs from Jervois Bay.

“In return, we travel to places like Forbes, Bathurst, Cooma and to the Tathra Mud Crabs festival.

“Obviously there is potential here for tournament numbers to be boosted.”

Without the numbers for a regular club competition, the ACT focus is very much on combining the pleasures of participation with fundraising, with Stefaniak noting how more than $350,000 has been raised in cash and kind for charitable causes since 1995.

Bathurst is another fundraising hotspot, with local and regional Old Boys sides raising an average of $6000 per year to assist Rural Aid during the drought with water and dog food and to assist players who have fallen into hardship.

Coming on top of what the Cauliflower Club is doing to raise money and rugby awareness in regional Australia, this is further illustration of the powerful force that rugby can be when it comes to combining the physical benefits and fellowship from playing with the intent and goodwill to assist struggling rural communities. 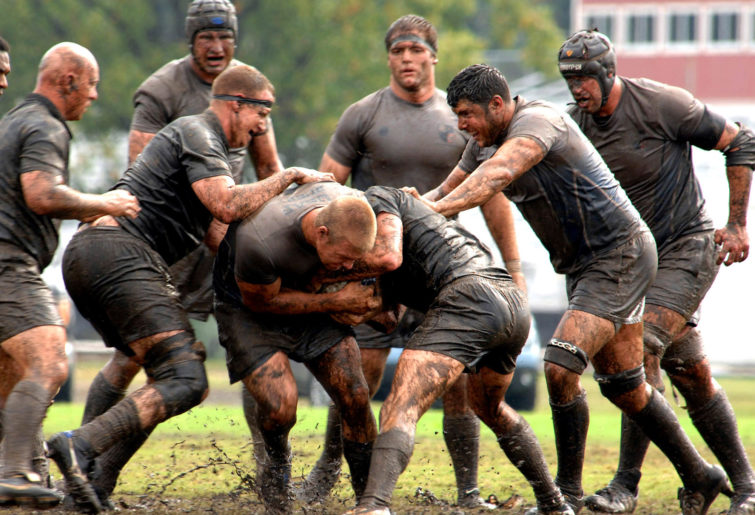 Things are well advanced in Queensland, where Zimbabwean ex-pat Brendan Boyce explains “there are three levels of engagement, with anywhere from 15 to 20 club teams playing on Friday nights, six to eight tournaments per year played on Saturdays and a series of invitational games between notional national sides, South Africa, Pacific Islands, Old Blacks and Wannabees”.

Boyce doesn’t shy away from the social aspects but is at pains to challenge the perception that in 2020 veterans rugby is all about promoting a drinking culture.

“That’s part of it of course, but we’re keen to promote the fitness and health benefits, particularly given the risks for men in the 40 to 50-year-old age group,” he says.

Boyce is also passionate about the opportunity to increase the number of women and families involved both in terms of playing and in terms of attendance at tournaments.

“It’s not always easy these days for guys to get leave passes. Anything that improves the ability of people to attend and to broaden the experience we need to grasp onto,” he says.

Overall Boyce is delighted to be part of any initiative that helps unify the game – “not always a strong point in Australian rugby,” he says with just a hint of understatement.

There is abundant potential beyond the obvious. Stefaniak would like to see more sides playing in tournaments around the Pacific Islands, combining the rugby and social aspects with offering labour and expertise for various projects, with funding potentially available from tapping into the Department of Foreign Affairs and Trade budget.

Ever the politician, Stefaniak offers up a further reason for the federal government to get on board.

“It’s also our shot at soft diplomacy, an on-the-ground counter to Chinese expansion in the Pacific!”

Perhaps Stefaniak’s greatest claim to fame was to be part of the famous 12-10 victory by the Australian parliamentary team over New Zealand in 2006. (“The Kiwis always take it pretty seriously,” he says). The winning points came from a try scored by Barnaby Joyce converted from the sideline by none other than Mal Meninga.

It was exquisite timing, Meninga’s foray into politics over before it had even started. Joyce too struggles to stay involved these days, having very publicly revealed he has his hands full with domestic matters.

Like many things Australian rugby, Barker looks enviously at the New Zealand model, where he says, “Masters rugby feels like it’s more of the fabric of New Zealand rugby compared to Australia, where some great things are happening but in a more disjointed way”.

This is another reason Barker hasn’t given up on his dream to see a regular masters ‘rugby fest’ built around a major annual Test weekend. Running over three or four days, the program would combine club matches, nations matches, the Test match and a huge gala evening for all participants and partners.

With the advent of COVID-19 and with Rugby Australia having its hands full with more basic matters of survival, such ideas are on the backburner for now, but with incoming Rugby Australia chairman Hamish McLennan a noted innovator, anything that is designed to get grassroots rugby people more connected with the professional game and vice versa must be of interest.

Rugby Australia manager of community rugby James Selby is enthusiastic about the concept behind TORA and the energy of the people driving it.

“In terms of our role in community rugby, we have a strategic focus on recruitment and retention,” he says. “What’s actually been lost in all of the recent developments is that as of 20 March, just before the country went into COVID-19 lockdown, player registration, total across all areas of rugby, was 51 per cent up in 2020 over the same date in 2019.

“It is obvious, however, that there is a third ‘R’, which is ‘return to rugby’, which dictates that we better connect with retired rugby players and help facilitate their reinvolvement in the game, whether that is as over-35s players, referees, coaches or as volunteers back at their rugby clubs.”

With respect to TORA, Selby recognises that the last thing the fledgling alliance needs is bureaucracy foisted upon it, but adds, “There is definitely potential for us to play a role in promotion through our existing channels, to help with integration with the professional franchises and in any other ways we can identify”.

In recent years people in Australian rugby have in general been poor at identifying and celebrating the things that bring them together. TORA is the latest of a number of grassroots initiatives that highlight the benefits of participation in the game at whatever level individuals see fit for themselves.

Readers of this column – and I suspect there are more than a few who are on the wrong side of 35 – who have the merest inkling of an itch to return to the camaraderie they enjoyed in their playing days, could do a lot worse than seek out the masters organisation in their state, dust off their old goose-step and get involved.

It would go a long way to surprising those members of the press and public who insist on telling everyone how rugby in Australia is dead. Tora! Tora! Tora!

Community rugby footnote
Rugby Australia has confirmed community rugby will begin to roll out again from 27 June, one week ahead of the start of the Super Rugby AU competition.

In a coup for two of the minnow rugby states, play will resume in South Australia and the Northern Territory first, with under-sevens rugby players in Adelaide officially scheduled to be the first to return to the game. Competitions in other states will follow, as directed by the local associations.