My favourite NRL stat proves the Broncos are finished for 2020

After going down 59-0 to the Roosters in the opening match of Round 4, we can call the Broncos’ 2020 campaign to hoist the Provan-Summons Trophy officially over.

I’m not just making some overblown statement based on one bad loss – it’s a prediction backed up with over a century of data.

Since the NSWRL started in 1908, never has a side given up 50 points and gone on to win the premiership.

It’s my favourite, favourite statistic, primarily because whenever I bring it up, nuffies head to the comments and try to poke holes in it.

If it’s later on in the day when you read this, some of the greatest hits against this stat will have already been brought up: “tries used to be worth less”, “the side that lost wasn’t at full strength”, “there was this one year where a team gave up 48 points but still won the premiership”, “I hate logic, stats make me mad, you’re a dick”.

Best of luck to you if you want to argue the point but it’s been proven true for the entire history of rugby league in Australia. You’re not going to win. 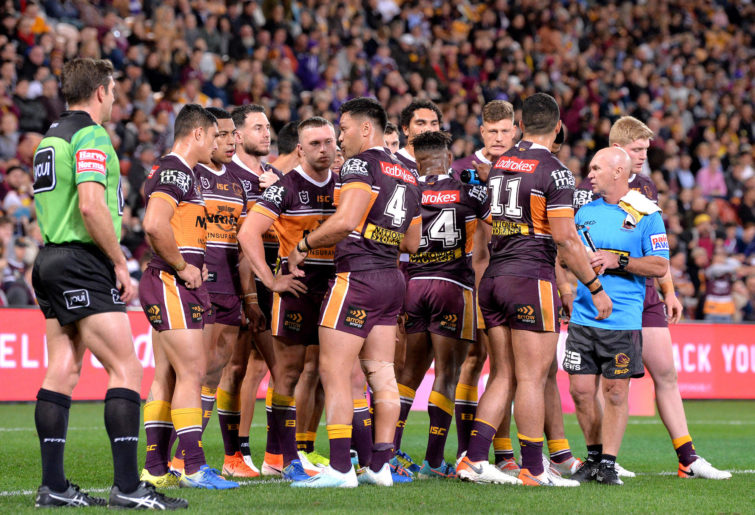 And neither are the Broncos.

Don’t get me wrong, they’ll jag victories, but the Broncos can’t and won’t win the grand final.

While it’s still early doors for the season – and tenth-placed Brisbane have won the same amount of games as the seventh-placed Cowboys – the Broncos’ 132 points conceded are the most in the comp, while their for and against of -76 is better only than the Gold Coast Titans’ -83.

Because defence wins premierships and if your team don’t have the starch to stop from conceding a half-century, your defence isn’t good enough to secure the decider.

As for how inexperienced the Broncos were compared to their opponents on Thursday – according to News Limited, Brisbane’s media department were eager to point out that their charges had a combined 999 games’ experience compared to the Chooks’ 2115 – am I the only one who remembers the ‘Baby Broncos’ phenomenon?

Not long ago, you could rely on a huge swathe of Brisbane first-graders being out – generally for State of Origin duty – only for the young talent, with a couple of old stagers there to help steer them around, getting the job done.

The result would inevitably be a team as inexperienced as was sent out against the Tricolours generating headlines hailing an amazing performance from the Baby Broncos.

But now, instead of trumpeting the talent coming through their pipeline, the narrative out of Red Hill is aimed at generating sympathy.

That really should be a concern. You don’t circulate excuses if you think you’re going to win the comp.

Besides, while they were down on troops, it’s not like the first-choice players who were out would have made up the 1000-plus games’ difference, with only skipper and 262-gamer Alex Glenn able to be considered a veteran. Of the rest who would have been selected if available, Jake Turpin has played 20 games, David Fifita has 37, Tevita Pangai Jr 74, and Kotoni Staggs 36.

That’s 167 matches in total – only 26 more than the 141 James Tedesco would have brought to the Chooks’ tally had he been playing.

I guess you can add Jack Bird to the injured list, but given he was ruled out for the season before a game was played in 2020 and he’s only featured in 17 games during his three seasons in the Queensland capital, they hardly expected him to be there. 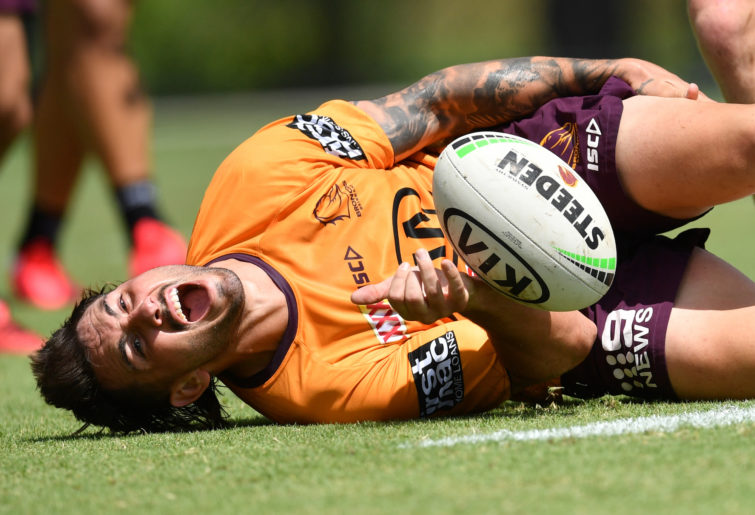 Besides, while he’s an Origin rep and a premiership winner, his history of injury means Bird has played just 84 games of first grade since his 2015 debut for Cronulla.

Long story short, a lack of experience may have been an issue against the battle-hardened premiers, but the players set to come back for the Broncos – talented though they may be – don’t exactly fix that problem.

Ultimately, while I have some theories – primarily centred around the idea that winning starts at the front office and while HQ can generate a consistent profit, that the Broncos haven’t won a comp since 2006 suggests there’s something wrong more broadly in the organisation – I don’t have the inside info to suggest what the solutions may be for Brisbane.

So I’ll just tell you what I do know.

The Broncos are done for 2020. It’s a statistically proven fact.