Shaun Wane may be the English Craig Bellamy

Unless you follow England rugby league, you probably won’t know a lot about Shaun Wane – or “Shon Wehhn” as pronounced in the deep, gruff, greater-Mancunian accent that comes from his tough, Wigan council-estate upbringing.

If I were to sum him up, I’d say he is as if Craig Bellamy was a Brit.

Wane has been reported as a left-field possibility for the potential vacancy emerging at St George Illawarra. However, he also reportedly entered the race for the Knights role, later won by Adam O’Brien, the trusty long-time understudy of Bellamy at the Storm.

Wane has had an interest in testing himself in the NRL for some time, and while it may be seen by some as a gamble for an Aussie club for a coach from the Old Dart to coach in the NRL, Wane could be a stroke of genius if the English players currently in the NRL are any indication.

John Bateman, Ryan Sutton and George Williams were all products of the Wigan Warriors prior to joining Canberra, and each plied their trade under Wane’s guidance. 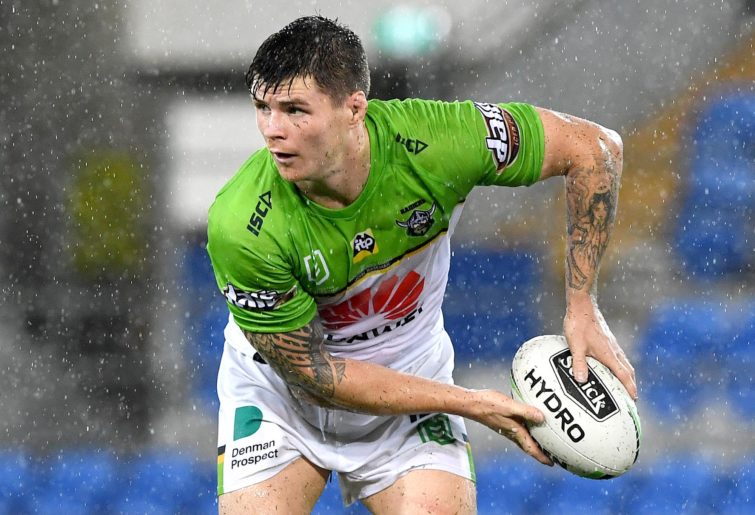 Born and raised on a council estate, where sublime street smarts were survival’s pre-requisites, he was kicked out of home and high school at the tender age of 15 for apparently reporting a false bomb scare to the school.

He was taken in by the parents of a lady who would end up being his wife, Lorraine.

Wane’s name would come up as a synonym with ‘winner’ in the Super League, but also with the town of Wigan, the front rower playing 149 games for the club, before becoming a scout under now Wests Tigers coach Michael Maguire.

After Maguire’s departure, Warriors presented Wane with an opportunity and in 2013, ’16 and ’18, he brought Super League grand final wins to the club – as well as a double in 2013 with a Challenge Cup victory. The club were also grand finalists in 2015.

From 2011-18, that’s three from seven years as premiers – an impressive accomplishment.

Some may argue that it has more to do with the club being one of the UK’s famous rugby league organisations, but you can’t deny this man knows what success looks like, how to maintain it, and how to put systems in place for it to be possible.

Wane obsesses and dreams about detail. When speaking at a corporate event, he showed examples of Wigan’s plays and emphasised every single player’s place on the pitch at each moment, ensuring that they all knew it to the metre.

But what breeds success in rugby league is culture, hence why it is often a sitting duck to blame if a team is under fire. The Melbourne Storm is revered for their discipline and team-first mentality. Wane is the same and at the same event, he highlighted that 7am meetings and being early were non-negotiable. On team travels and when eating together, players were to tidy up after themselves, and after away games, Wane and his players would often sweep up the dressing rooms to keep the area they used spotless.

But he looks after players. In his time at Wigan, Wane was willing to risk the wrath of those in charge of the business operations, often spending top dollar on transportation and hotels, ensuring that his players felt they were getting the best in every aspect of their job.

He is revered as a man who knows how to be the laughing, joking friend the players can trust with their lives, and be a coach who isn’t scared of telling a player in no uncertain terms that his performances are below-par.

If a club needs a coach, clubs should look no further than the England national team mentor.