Comeback win or not, Manly's slow starts will bite them eventually

When Brodie Croft put the first kick of Thursday night’s Round 5 opener against the Sea Eagles out the full, Brisbane fans must have been thinking deja vu.

But a week is a long time in rugby league, and so is 80 minutes as Manly’s comeback win proved.

There is little question the Broncos are a confidence side. So young is their squad that when the tide turns against them, as it did last week against the Roosters and again in the second half of this Round 5 clash, things are going to get ugly, and unlikely to turn around.

Simply put, once the rot sets in, as it has three weeks on the trot, Brisbane simply don’t have the tools and personnel to be in a position to turn it around.

But when they manage to get into a game and take the early lead, opposition teams must watch out, because they are good enough to beat just about anyone on their day.

And Manly found that out the hard way in their ‘home’ game on the Central Coast during the first half. Even without Tevita Pangai Junior and David Fifita, this is a Broncos outfit with plenty of talent. They just don’t know how to harness it all the time.

Within half an hour, the premiership contenders from the northern beaches found themselves down 18-0 with Xavier Coates causing mayhem in the air over debutant Tevita Funa on Brisbane’s right wing, Croft finding his kicking range, and even Darius Boyd getting involved on the revamped left edge with a try of his own.

You have to hand it to Anthony Seibold. Not many coaches would have followed up a 59-0 loss by putting a winger in the second row, but that’s exactly what he did by giving the no.11 jersey to Corey Oates, and for 40 minutes, it looked like it was going to work. 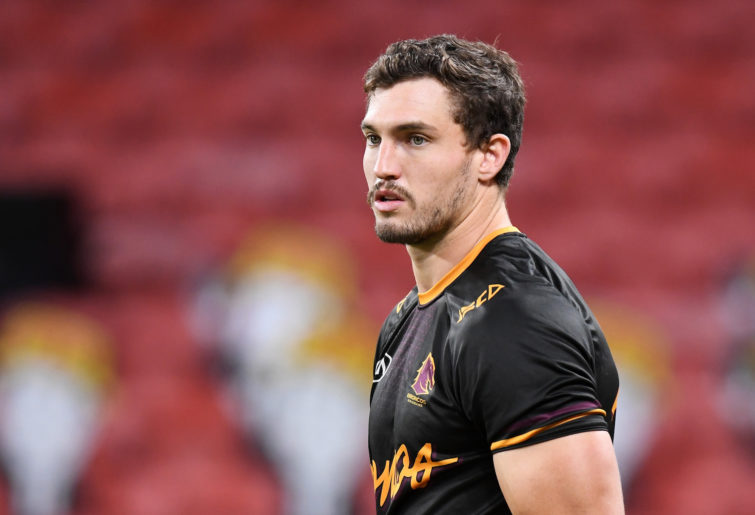 Corey Oates put in a strong showing in the back row. (Photo by Bradley Kanaris/Getty Images)

Manly weren’t helped by the serious-looking hand injury inside the first half-hour to Martin Taupau, but they looked flat from the get-go.

Inconsistency is a word which is trotted out far too often in the NRL, but Broncos fans and their coach Seibold, are going to be hearing it even more than usual during the shortened 2020 season, whether that be from week-to-week or half-to-half.

A side with such a low average age and number of first-grade games can’t hope to play every week at their best. There are going to be bumps in the road, but the task ahead of Seibold in his coaching staff is to make flatten them as much as possible as they fight to not just qualify for the top eight but win a finals game for the first time in years.

Alas, that is a long way off, and for now, the Broncos can only hope to build on their first-half showing, using the confidence gained by players like Croft, Coates, Oates, Herbie Farnworth, and Jackson Isaako at the back to build their side going forward.

Still, a loss is a loss, and it’ll be a soul-crushing one given the lead they held at halftime on the bounce back from last week’s hammering.

The real focus coming out of Thursday night’s game, though, has to be the Manly Sea Eagles. Des Hasler’s men have been going okay since the league returned from its coronavirus-imposed shutdown, but they certainly haven’t yet looked quite at their best.

There’s still ample time left in the season, but Manly have one big glaring issue to sort out, despite the fact they have now won three out of five in 2020.

The final scoreline of 20 points to 18 sums up Manly’s performance. They did enough to get by, but it certainly won’t win them any favours on the training paddock from Hasler this coming week.

Since the league returned, they had a scratchy win over the Bulldogs – even if the scoreboard told a completely different story – and that heartbreaking loss to the Eels before Thursday’s comeback win over Brisbane.

What the scoreboard doesn’t tell you from any of those matches is that Manly’s attack hasn’t quite clicked into gear, particularly in the first half of both games. They were 18-2 down at one point against Parramatta, while they bombed countless opportunities against a pretty average Canterbury side.

Slow starts are becoming a worrying trend for the Sea Eagles. It’s three in a row now, and the likelihood of being able to start late against teams like the Roosters, Storm or Raiders and come back to win might as well be nil. 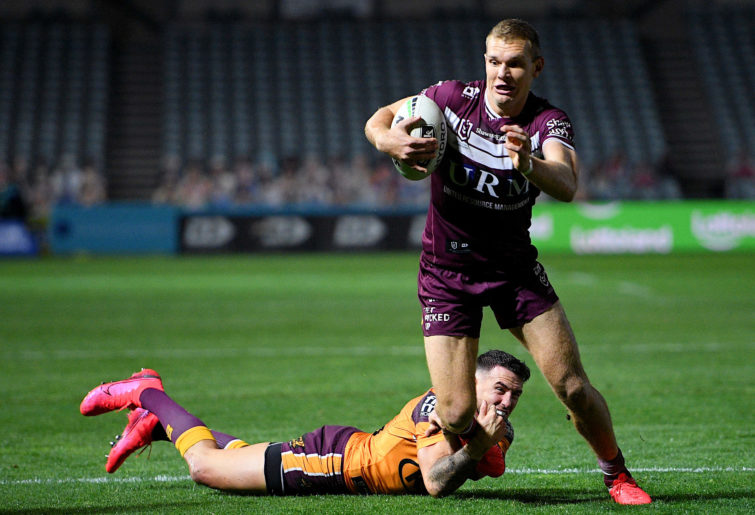 Their performance against the Broncos could be summed up by a couple of moments, including Kontoni Staggs’ try in the first half, Manly’s very first set of the game (an absolute debacle that ended in a Jake Trbojevic grubber going dead), and Dylan Walker’s kick out on the full in the 26th minute.

All of those suggested Manly hadn’t showed up, yet it was supposed to be an opportunity for Hasler’s team to make a statement about their premiership credentials this year.

They may have ended up with the two competition points, but it came right down to the wire. Even in the dying plays of the game, only desperate defence – once on the left from Daly Cherry-Evans to knock down a pass and once on the right to stop Coates scoring in the corner – saved the game.

Manly’s attack improved during the second half, but even then they didn’t look like world-beaters. With more than seven days to Manly’s next game, Hasler must ensure this trend doesn’t develop into a permanent habit.

Whether that’s by allowing Walker to run the ball more in the opening exchanges, spreading it to their dangerous outside backs early doors, or taking the shackles off the Trbojevic brothers, they can simply not continue allowing the first 40 minutes to pass without being in the game.

Otherwise, the Sea Eagles can kiss their chances of contending for the premiership goodbye.