Five things we learnt from Richmond versus Collingwood

Here are five things we learnt from Thursday night’s 36-all draw between Collingwood and Richmond.

1. Scott Pendlebury and Trent Cotchin are still among the league’s elite
It was a privilege to watch these two superstars go head to head in the Round 2 opener.

The Collingwood skipper accumulated plenty of the ball, finishing with 31 disposals in a clear best-on-ground performance for the Pies. Pendlebury dominated in the last three quarters of the match to hold off a rampaging Tigers line-up, when it seemed the rest of his side were out of petrol tickets.

Former Brownlow medallist Trent Cotchin also turned back time, racking up 23 disposals (15 contested) to stamp himself best afield for the men in yellow and black. Cotchin’s willingness to throw himself at the ball at every contest proved valuable for the Tigers, as for the early portions of the match he seemed to be their only midfielder on the ground. 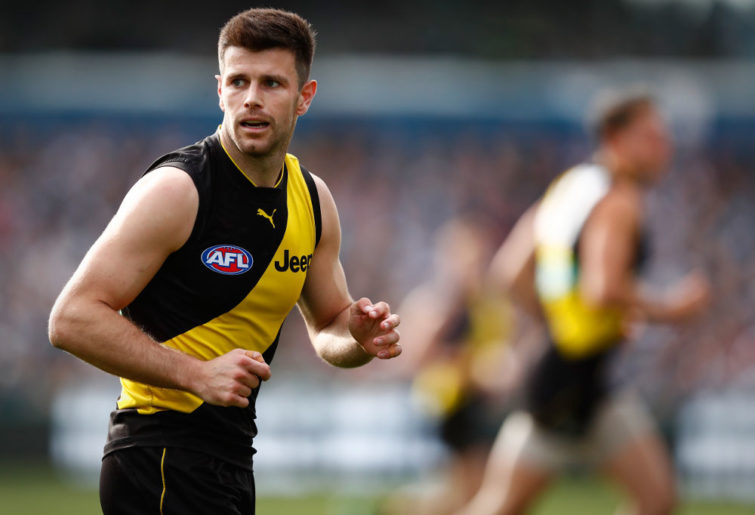 2. Post-isolation rust is a thing
You could count the number of bad games Dustin Martin and Jack Riewoldt have had on one hand. Well, last night certainly makes the list for both of them.

Riewoldt failed to get into the match, spending extended periods without a touch. The three-time Coleman medallist finished with just six touches and didn’t trouble the scorer. Riewoldt also failed to capitalise on a 35-metre set shot late in the fourth quarter, which would have given his side the win. He failed to make the distance.

Martin’s night was not horrendous but was not the elite ball-using bull we’ve all come to know and love. Martin finished with 20 disposals at 45 per cent disposal efficiency, far from his usual standards.

As the round progresses, we’ll see a few more uncharacteristic performances from some of the game’s best as they readjust to footy after a shortened training program in the lead-up to the recommencement of the season.

3. Damien Hardwick made the correct decision to play Ivan Soldo
Brodie Grundy has stamped himself has the game’s premier ruckman over the last season and a half.

A few eyebrows were raised when Damien Hardwick unveiled that Ivan Soldo would be given a one-on-one ruck match-up against the reigning All Australian, especially given the fact the Tigers had the option to play mobile ruckman Toby Nankervis in a dual-ruck set-up, similar to the 2019 grand final.

But Damien Hardwick is a two-time premiership coach for a reason.

Ivan Soldo played the game of his career, tallying 23 hit-outs along with a game-high nine tackles, which made his presence known around the ground. Soldo’s performance has all but certainly solidified him as Richmond’s number one ruckman.

4. Richmond and Collingwood have the two best defences in the league
Jeremy Howe has noticeably made drastic improvements to his game over the off-season, with two stunning performances to open his 2020 campaign.

The Pies’ back six stood up big time in the second half, holding on for their lives during Richmond’s swarming onslaught, which many teams have failed to do in the past. The collective unit of Brayden Maynard, Darcy Moore, Howe and Jack Crisp were immense last night.

Moore’s shut-down role on Jack Riewoldt was nothing short of incredible, with the young Pies defender proving his worth ahead of the free-agency period. If any players on the Collingwood list could walk off with their heads up after last night, is was certainly those five. 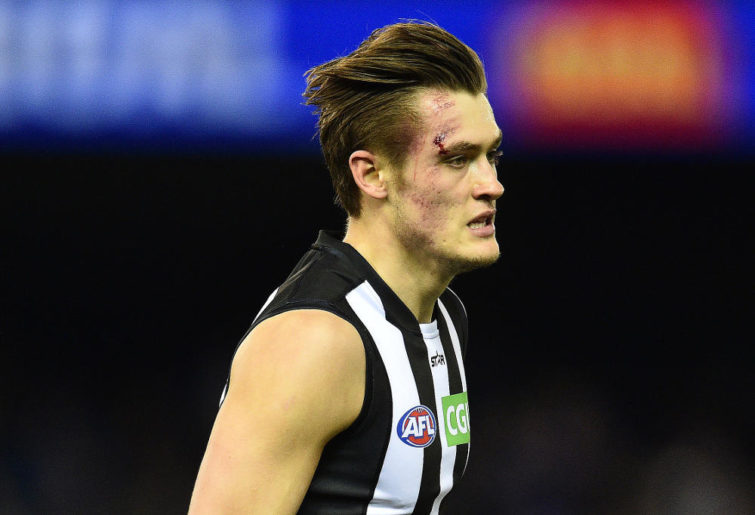 Richmond’s defence has been among the game’s elite for the last three seasons, and last night proved no different. All Australian Dylan Grimes was fantastic at fullback, with goal-saving spoils all night long.

Nick Vlastuin and David Astbury controlled the airways, with 11 intercept marks between them. Nathan Broad continued in his regular fashion, with another under-the-radar shut-down of the Collinwood small forwards.

The collective unit deprived the Magpies of any opportunity in the second half, with the Magpies’ last goal coming at the seventh minute mark of the second quarter.

The battle of the defences was definitely fun to watch, and was a potential sign of things to come on the last Saturday of the season.

5. Some things are bigger than footy
Prior to the game, players from both sides collectively joined in the middle of the field to take a knee against racism, while also warming up in black shirts as a representation of their support.

For the players to initiate this movement on their own speaks volumes on how far we’ve come as a society in the last few years.