Many suspected the Bombers might be thrown off from their regular pre-match routine, after sharing an early-morning flight to Sydney with arch-nemesis North Melbourne.

Despite the 5am wake-up call and waiting around at a Harbour City hotel for hours, Essendon didn’t show any signs of sluggishness at the SCG on Sunday.

The visitors raced out of the blocks and fended off a late Swans charge to win by six points, thanks in no small part to Parish, who booted the match-sealing goal with a minute left.

“We knew it was going to be a tough fight here against Sydney,” he said.

“They always bring their hard contest-style play and we had to be at our best for sure.

“There were patches there that we weren’t quite at our best, but it was a great overall win and we fought really hard to the end.”

But the 22-year-old midfielder, who had 13 last-quarter possessions, was adamant the Bombers were unfazed by the irregular build-up.

“It was pretty easy in my eyes and in most of the boys’ eyes, we were just really excited to play footy again,” Parish said.

“The time went pretty quick throughout the day. It was new.”

It’s probably little wonder time flew by with massages by the pool, a bite to eat and a leisurely stroll on the agenda.

“We had a room booked at the hotel and the boys were going on 45-minute walks in groups of four,” Parish said.

“We had a couple of massages. We had the pool… and a bit of lunch as well so the time did flow through pretty quick, which is nice.”

In a rush to jump on the bus to Sydney airport, Parish expected the return trip to be a bit more friendly with North across the aisle after upsetting GWS to also take four points back home.

“I saw North had a win so it’ll be a pleasing plane ride home, that’s for sure,” he said. 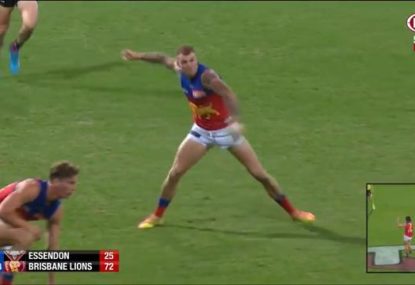 ‘He RIPPED into him there, didn’t he!’ 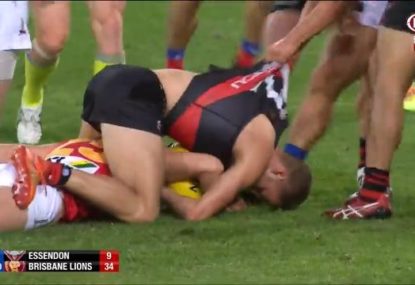