The ‘A’ in A-League presumably refers to Australia, although this author’s open source research failed to find confirmation of that.

A generous interpretation for New Zealand could say it refers to Australasia. Either way, the letter ‘A’ has the advantage of also meaning the first or primary league.

Open source research also failed to find a meaning for the ‘W’ in W-League, but presumably it refers to women. Therefore, the names A-League and W-League suggest there is a main competition, and then there’s the women’s competition.

They imply the women’s brand is secondary, or inferior.

It is not just in football in Australian. The secondary ‘W’ exists in AFLW, WBBL and WNBL. Rugby league placed the full word in its NRL Women’s competition.

English football provided a unique name of ‘Super’ to pair alongside the ‘Premier’ League, but still put ‘Women’s’ in the title. Similarly, the United States has Major League Soccer and the National Women’s Soccer League.

Spain, Italy, Germany and France all add ‘women’s’ or ‘female’ for their women’s leagues, while the men’s leagues are gender-absent.

This inequality needs to change.

Practical measures do more to provide an appropriate level of gender balance, on issues such as player pay, broadcast and stadium arrangements, league size and length, and female representation off the pitch as managers, referees and commentators.

However, the symbolism of the league names is important.

An excellent example in recent times of the power of words is the Rudd Government’s apology to the stolen generations in 2008. It was historic, powerful and meaningful to First Australians and the entire country. 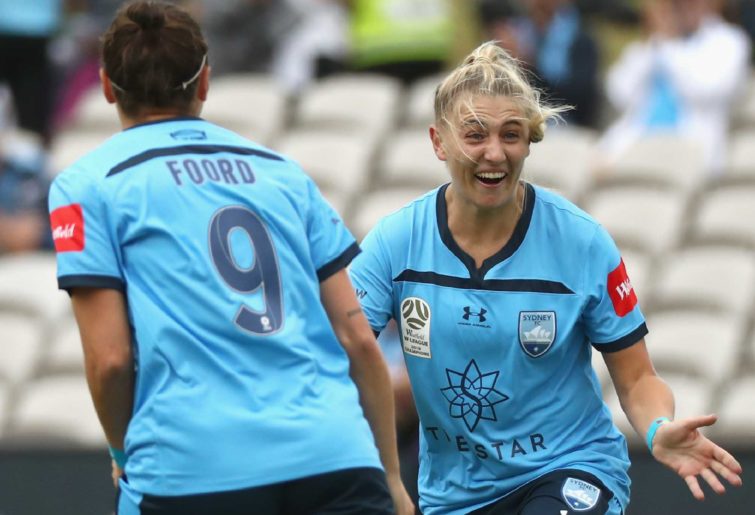 Think about how often you hear about ‘footballers’ and then ‘women footballers’. Or when we talk about the state of ‘the game’, and also ‘the women’s game’. It is disrespectful and exclusive.

Changing the league names is also easier to solve than many of the practical challenges. It is low-hanging fruit that can act as a vital step forward for the cause of gender equality.

Brand names can always be revised to keep up with the times. It does not hurt the brand; it strengthens it. In 2005, Soccer Australia became Football Federation Australia. In 1998, the Australian Rugby League and the Super League merged to create the National Rugby League.

There are numerous ways to provide more equal names for the leagues.

Perhaps the simplest way is to call both our premier divisions the A-League, but the official titles are Men’s A-League and Women’s A-League. Given our love of three-letter abbreviations, they can be referred to as MAL and WAL.

The MAL can have an orange logo and the WAL a red logo like the current A-League and W-League. Each league can also continue to have different lead sponsors.

The names in the National Premier Leagues (NPL) seem to vary from state to state, but the Victoria and New South Wales websites refer equally to men’s and women’s competitions.

Our national teams are both Australia, but each have their unique nicknames of Socceroos and Matildas. That is equal.

Sports such as tennis and swimming lead the way on this. There is simply the name ‘Australian Open’, which features Men’s Singles and Women’s Singles; and any swimming competition features events such as the Men’s 100m Freestyle and the Women’s 200m Butterfly.

However, the sports of football, Aussie rules, rugby league, cricket and basketball remain antiquated on this topic in Australia and around the world. Australian football can be a pioneer for all of these sports in creating gender equality in the names and brands of our football leagues.

It would be powerful and meaningful.