Is this the same old Essendon?

Darcy Parish missing a sitter to keep the Swans in the game just prior to halftime, before threading through the match-winner from the boundary in the final minute, is pure Essendon.

What should have been clinical had to be saved by a piece of magic.

Their supporters, admittedly accustomed to football-induced aneurysms, were having flashbacks of Gary Rohan on the line and Dane Rampe up the post.

It’s the second time in as many games the Bombers have teetered on the edge of disastrous defeat this season. They all but stopped playing in the second half against Fremantle in Round 1, and they lacked the polish and conviction to put the Swans away on the weekend.

Parish, ironically, was the man who got the job done in Sydney. In a shortened final quarter, he collected 13 disposals and four inside-50s to go along with his major. No stranger to hard yakka, the son of a sheep shearer has unmistakably come of age since he was left out of the side in early 2019.

It may be too soon to gauge what these two wins say about the Dons’ growth under a revamped coaching panel imported from Punt Road. Would they have held on in both of these encounters in previous years? Probably not – and a team’s ability to drag itself over the line despite spluttering on the way there can be vital. But objectively, they’ve played two rebuilding clubs who should be easy fodder for any side worth their salt in 2020.

Or perhaps, on the back of two fruitful trade periods in 2017 and 2018, the club has increased their capacity to bank the four points when things don’t go their way. For most of Sunday, for example, the Swans suffocated their run and dash – the SCG has certainly proved problematic for the Dons in the past. Yet the quality of the Bombers’ cattle found a way to wrestle goals through when required.

Jake Stringer’s hands were strong. Devon Smith was buzzing around and being a nuisance. Zach Merrett won it inside, outside and everywhere else. 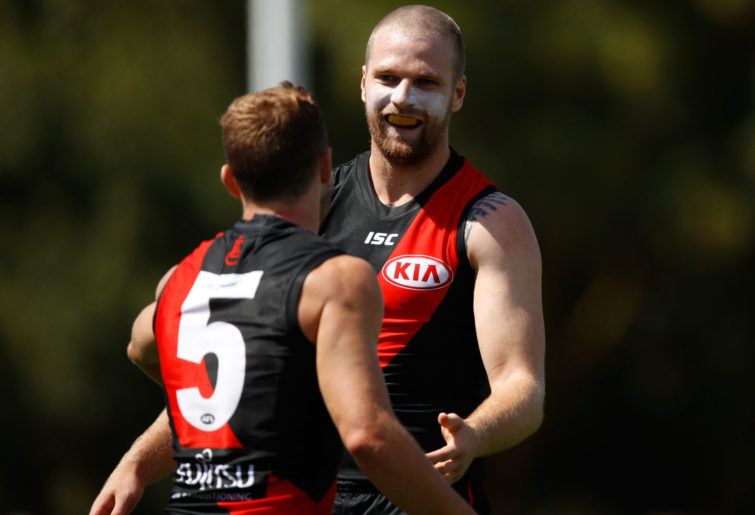 Even their most recent, less-attacking trade period may prove important. Jacob Townsend brings a slice of mongrel to a side mainly full of choir boys. He’s not shy of plonking someone on his arse if given the chance, as Josh Kennedy found out under a hospital handpass.

But if Essendon are to make anything of this season, it will be built on their backline.

Michael Hurley and Cale Hooker have rarely both been fit at the same time, but right now are dependable key defensive posts. They give Aaron Francis and Jordan Ridley licence to intercept in the air and use their kicks on the ground. At one stage, they weathered seven straight inside-50s from the surging Swans.

With Patrick Ambrose and Marty Gleeson waiting in the wings, as long as some sort of structure can be adhered to, the Dons should be tough to score against. That’s not something that’s been said of red and black sides of late.

For most of John Worsfold’s tenure, Essendon has had only one modus operandi: absorb an opponent’s attack and take it the length of the field. They’ve often played with an irresponsible amount of risk. One wayward kick and it would all fall apart. God help them if it rained.

Now, Ben Rutten and Blake Caracalla have been brought in to structure them up. To implement something repeatable. To help them win ugly.

And they’ve certainly been doing that.