Well if Rugby Australia isn’t going to say something I will.

It is time to bang the drum again about our perennial rugby stars – the Australian women’s sevens team. It is the one rugby team that continues to hold its head high among all the other footy codes while the Wallabies, Super Rugby and Rugby Australia take a beating.

As Matt Toomua said the other night, the women’s 7s team has really flown the flag for rugby and in reality, the Olympics’ Gold medal provided the biggest achievement for rugby in last few years.

For the women’s 7s team it was the third year in a row they were ranked in the top 3. (Each time higher than the Wallaroos, Wallabies and men’s 7s team)

This survey assesses the emotional connection people have with teams and leagues. It is not a popularity-based research survey of just the numbers.

Not surprisingly the Super Rugby competition didn’t fare too well in the results either. Anyway I digress.

The mention of the women’s 7s team usually engenders comments of who cares about 7s, who cares about women’s sport or probably worse just ignored with no comment. For the moment let us put that aside and just reflect on this team and its players. 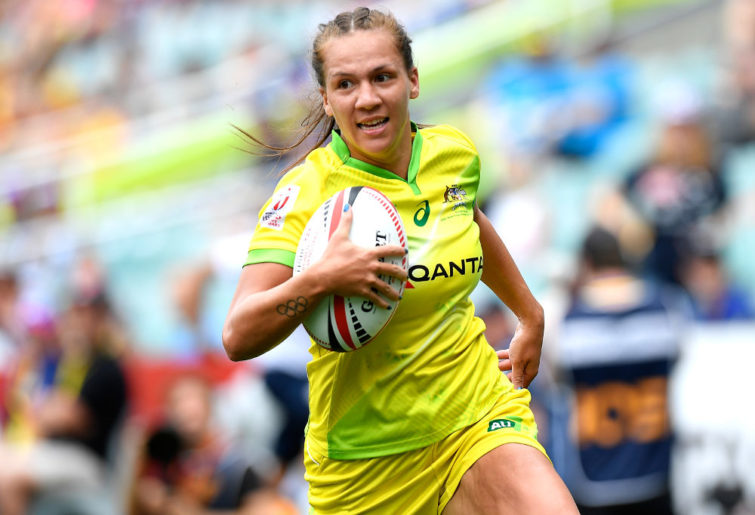 Even Eddie Jones is a fan, a couple of years ago he said that while watching the women’s 7s at the Olympics he thought in some ways the women’s skill level was possibly higher than the men and they were a real joy to watch.

In the Australian team there are players such as Charlotte Caslick and Emilee Cherry who not only have skills but have real footy vision and smarts, combining with the power and finishing speed of an Ellia Green. There are some tough players too like Sharni Williams and Vani Pelite who seriously put their body on the line – defence and physicality has become a key component of 7s.

Plus they are great role models for rugby, I think I have seen them as a panellist on sports shows more than Wallabies. It is also worth remembering that back in 2013 the women’s 7s squad became the first full time professional team of any football code in Australia – so these players train full time.

Since the Gold Medal in 2016 things haven’t quite gone to plan with the New Zealand team being dominant, the game having changed, the competition has improved, the team has had injuries, and their whole coaching and backroom staff changed but they are still playing well and qualified for the Olympics.

Previously the Oz girls did not have the size or physicality but had a greater level of skill than most of the opposition and that served them well. Now they also need some size and physicality to compete with NZ, USA and even France.

So let’s ensure the team and players get the recognition they deserve as they are really the only consistent shining light rugby has. The women’s 7s program is probably one of the few good decisions made by Rugby Australia hopefully despite the financial issues the squad and structure is not sacrificed.

Get on board leading up to the Olympics next year. If you haven’t watched them in action have a look next time they are on the field, (whenever that happens to be in the current environment), you will be pleasantly surprised. Hopefully, we can get not just fan engagement but more fans as well – which has to help rugby in Australia.