You would be hard pressed to find an NRL fan whose adopted second team for 2020 wasn’t the New Zealand Warriors.

The entire rugby league community has been moved by the sacrifices the club has made to keep the competition going, not least relocating the playing group to Australia so the competition could progress.

Images of Adam Blair saying goodbye to his family moved us all, as did the emotional haka the team performed to the people of Tamworth, as a thank you for hosting them prior to the competition resuming.

Given this goodwill and the support the Warriors have from the wider footy family, it came as a tremendous shock to hear the news on Saturday that Stephen Kearney would be departing the club immediately.

Now don’t get me wrong, Kearney had his challenges as a coach.

The Warriors have always been an extremely frustrating team to watch because despite their talent, overall the squad has always underperformed. Even with players like Shaun Johnson, Roger Tuivasa-Sheck and Tohu Harris, the team has barely made an impact in the finals over the last decade.

Additionally, recruitment of late has been baffling. At the end of 2018, the club lost James Gavet, Mason Lino and Charnze Nicoll-Klokstad, replacing them with almost no one. That was also the year that the Kiwi club thought it would be a good idea to let Shaun Johnson test his value on the open market. We all remember how that worked out. 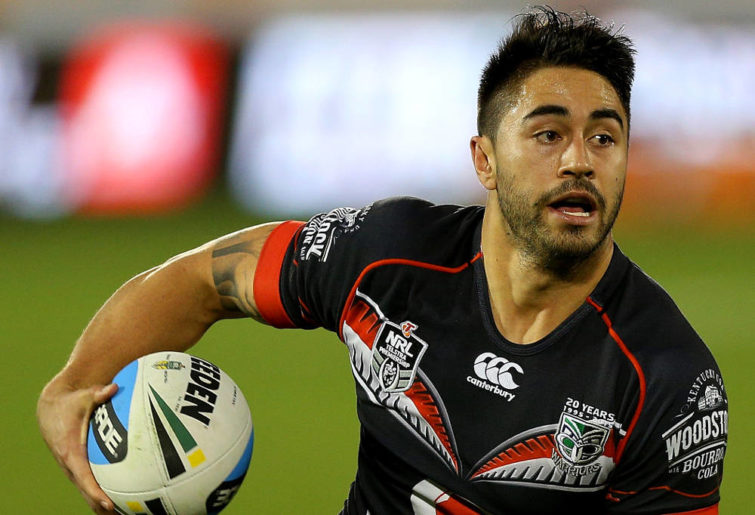 Shaun Johnson in his days with the Warriors. (AAP Image/David Rowland)

Even though some of those players have been average at their new homes, these recruitment decisions showed a complete lack of planning.

In the time Kearney has been coach, recruitment and results have been poor. The Warriors have a reputation for being easybeats away from home and tipsters know to back them with caution.

So while Kearney was not the right person to take this club forward, the timing of the announcement, quite frankly, stinks.

It’s mind-boggling to make this decision at this point in time.

What has changed between now and February 2019, when the club decided to re-sign Kearney for an additional three years? In a time when the pandemic has impacted each club’s bottom line, how much money will this decision cost financially?

It’s also an extremely disrespectful decision, given the added stress the pandemic has created. Kearney is not only a coach, he is family for his players at the moment. With families back in New Zealand, Kearney has had to keep this group together, while missing his own family too. These are challenges that head coaches have not faced before.

And despite these issues, the Warriors have performed admirably.

Often when clubs replace a coach, the team rallies in their next game and produces a win. Who knows why this is. Perhaps, in some cases, the team is happy to have a new coach? Perhaps it is evidence of the playing group coming together?

But I don’t think this will happen for the Warriors.

This decision has sent shockwaves through the club, because the players loved their coach. There were reports of tears when the news was announced to the team, before another emotional haka was performed – this time for Kearney as he left. Meanwhile, interim coach Todd Payten has admitted some of his players may want to go home.

Management has been absolutely savaged on social media for what seems to be a tone-deaf decision.

There are no winners in this situation and it has to be about more than performance on the field. Imagine how Payten will be feeling? This is his first head coaching role (even if it is on an interim basis). Not only does he need to try to push this team to perform on-field, but he also needs to hold them together off the field too in unprecedented circumstances. All while he deals with his own personal shock about the departure of Kearney.

With the Warriors pulling the trigger now, it raises the question of whether the clock is ticking on other coaches? Because while the Auckland club may not be in the top eight at the moment, that is understandable.

For some other coaches, given their rosters, the excuses are running out.