As a Roosters fan, I can’t believe how ridiculously easy it’s become to keep winning premierships

Last week a Donald Trump rally was derailed by an online ruse from teenage TikTok users and K-Pop fans.

But if they want to disrupt something that will really satisfy the public, they should attempt the Roosters’ three-peat.

After vanquishing June premiers Parramatta on the weekend, experts agree nothing can stop the Roosters from another premiership. Not a sophisticated cyber-attack, Korean music groupies, or even something more unlikely, like an NRL team.

On current form, 2020 will be recalled as the time Trent Robinson’s side renewed their premiership defence like a parking spot, turning up on grand final day to stamp their ticket for another 12 months before returning to the car to be envied by everyone else going around in circles.

While another title for us spoilt Roosters supporters will be indifferently labelled as “so 2018”, opposition fans will have their stay extended in an endless dystopia – and it will easily be the worst thing that has happened this year.

Is there anything that can stop the reigning premiers that isn’t already on their roster? Or under research for a vaccine?

Rival fans sensed the dynasty was over when the club began the year with back-to-back losses, but it was a false dawn despite no Cooper Cronk, no Latrell Mitchell, no home ground, no fans and no room in the cabinet.

In the face of pandemics and rule changes, the Tricolours have resumed business as usual: dignified beatings of various severity. They still can’t be topped, even with the benevolence of Nick Politis allowing every other club to keep their competition points.

Throughout history, you can never count on the foundation club being down too long. But even by their own standards, this is getting ridiculous. There are infants walking this earth who’ve never experienced the feeling of blaming Mitchell Pearce.

While the ’80s and ’90s were best known for a soft underbelly of excess torpor rates and corporates, now their only danger is themselves – that being either complacency, or Vic Radley folding teammates at training.

Saturday’s clash with the Eels was billed as a test, and it certainly delivered. In a finals-like match that was in the balance throughout, Brad Arthur’s side were dominant throughout and led with 20 minutes to go, whereas the Roosters won 13-plus.

In addition to spending the final 20 minutes minus James Tedesco, the back-to-back champs also endured 48 hours less preparation time because, according to Aiden Tolman’s fierce lockdown directive, the Bulldogs had spent the previous week partying with Novak Djokovic.

Credit where it’s due, the Eels undoubtedly proved themselves as an outfit that could definitely lose this year’s grand final. 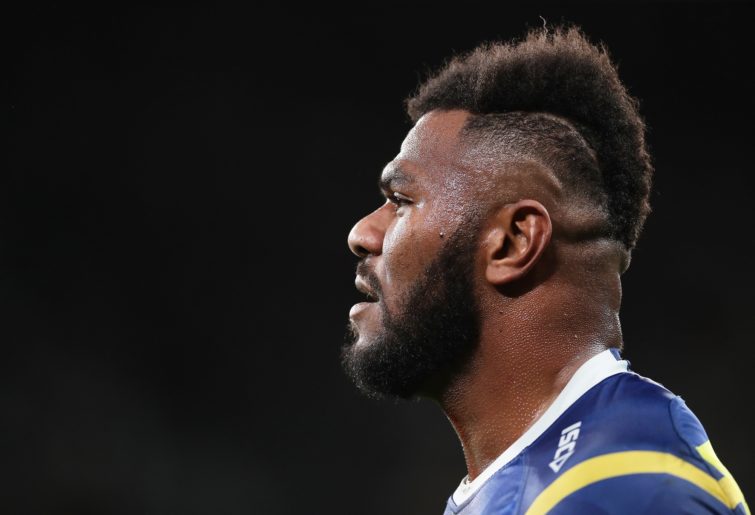 But Robinson’s men were rarely concerned by them throughout the 80 minutes, much in the same way they haven’t been for the last 30 years.

So what makes the Roosters way better than your bunch of losers?

It’s a dirty topic, but they recruit like the Russian mafia – using ruthlessness, frugality, and an autocrat. They seek to improve on the run, whereas clubs like the Titans adopt unique strategies like getting rid of their best player to pay more for someone inferior.

The Chooks then pimp their roster with superb premiership cornerstones like the Morris twins, before complementing these superstars with valuable bit-part players like Cooper Cronk and Sonny Bill Williams, thus allowing X-factors like Mitch Aubusson to run amok.

At the heart of the operation is Trent Robinson, some guy from Super League who played three games off the bench. After all these years of stereotyping, it’s hardly a shock the club’s mojo was unlocked by a cigarette-smoking, French-speaking renaissance man.

In summary, engrave the Provan-Summons with another ESDRLFC – because they can’t peak too early if they’re peaking all the time.

*taps side of forehead* *readjusts beret* *cracks victory can in June*

But never fear – there is a light at the end of the tunnel for the rest of the competition. Synergy tells me the Roosters’ domination is definitely going to end, probably by the time of COVID-20.

If you had have asked me at half-time on Thursday night whether this column was going to be remotely positive about either the Roosters or the Cowboys, the answer would have been no. 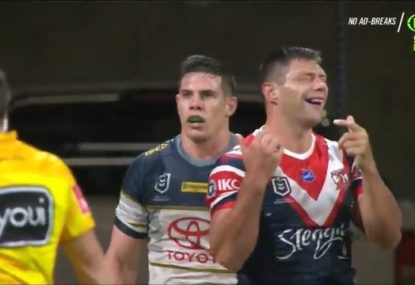 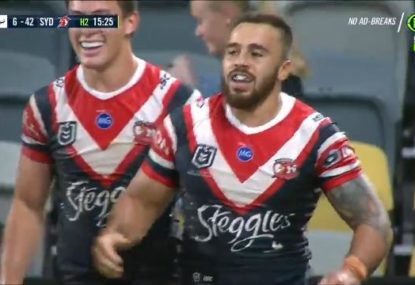