The Reds won the title with seven matches remaining as the result left them with an unassailable 23-point lead over City.

Liverpool were last champions of England when they won the old First Division title in 1989-90.

Earlier, Arsenal moved up to ninth after a goalkeeping error contributed to a 2-0 victory at Southampton.

At Turf Moor, Burnley bounced back from Monday’s 5-0 defeat to City with a 1-0 win against relegation candidates Watford.

McCarthy was outside of his box when Nketiah pounced and skipped past the keeper for an easy tap in.

Joe Willock sealed the victory three minutes from the final whistle with his maiden goal for the Gunners.

Arsenal now have 43 points, six away from European qualification places, after their third away win of the season.

As for Southampton, they equal their own Premier League record of ten home losses in a season and sit 14th on 37 points.

Burnley are one point behind Arsenal on 11th after their latest win.

Jay Rodriguez headed in the winner on 73 minutes after a previous header was disallowed for offside in the first half.

Troy Deeney had his chance for a Watford goal on the hour mark as his header from a corner was stopped by the knee of Dwight McNeil on Burnley’s goal line.

Watford’s 15th defeat of the season means they still have relegation concerns in 16th place on 28 points, just one clear of the drop zone.

Aston Villa have confirmed the appointment of Steven Gerrard as their new head coach. 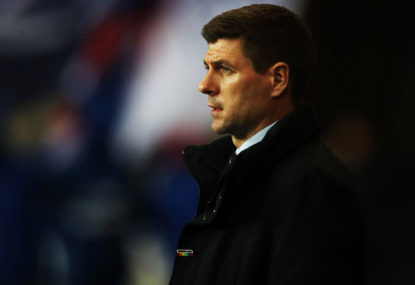 Mohamed Salah has scored a hat-trick and Paul Pogba was sent off as Manchester United were ripped apart by relentless rivals Liverpool in the Premier League while West Ham United edged Tottenham Hotspur and Leicester City won at Brentford. The 202nd meeting of two of English football’s biggest rivals will live long in the memory […]

A Liverpool side missing Alisson, Curtis Jones, Thiago Alcântara and Fabinho secured an absolutely dominant 5-0 away victory over EPL strugglers Watford that at times resembled a training run. The visitors threatened early on, dominating possession and fashioning a few half-chances. Sadio Mané and Mohamed Salah, as always, looked to get behind their opponents and […]