Fears about a repeat of 2010 following late reports of support for the Colombian campaign ultimately weren’t realised, and the held breaths of two nations were collectively released upon waking up this morning.

In awarding hosting rights for the 2023 tournament to the trans-Tasman bid overnight, the FIFA Council has given Australian football something very rare indeed: good news.

There’s been precious little for the sport’s fans to properly cheer in recent and even not-so-recent times. Without going through the dreariness of cataloguing those woes – this is a happy column, after all – suffice to say this is the best news the sport has had since at least the 2015 Asian Cup and probably since the 2006 World Cup.

It’s something all fans across and even outside the sport can get right behind.

Australia has time and again shown itself capable of hosting excellent major sporting events. Since 2000 we’ve had – to name but a few – an Olympics, two Commonwealth Games, the Asian Cup, and world cups of the rugby, cricket and league varieties. All well run, all well supported.

There’s little doubt the 2023 World Cup will tick both of those boxes too. The Matildas enjoy massive backing from the Australian sporting public and have done for some time. It was only earlier this year (even if it seems half a lifetime ago) that we saw how wholeheartedly this country is prepared to support a national team playing a major tournament on home soil when 86,174 fans packed into the MCG to see the Australian Women’s Cricket team lift the World T20 trophy.

While it would be unfair to burden the Matildas with expectations of a cross-code repeat performance, the core of that side will be in their prime in 2023. Sam Kerr, Steph Catley and Emily van Egmond will be 29, Caitlin Foord and Hayley Raso 28. Ellie Carpenter has just signed for Lyon at age 20 – it’ll be two World Cups until she reaches her peak. 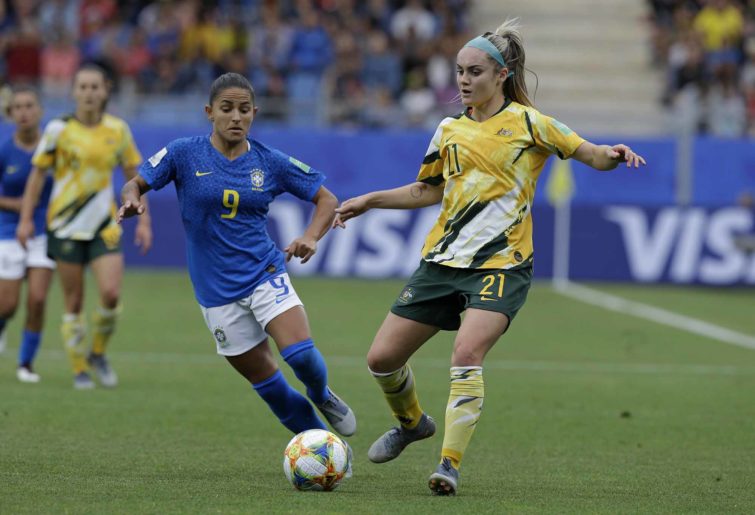 It’d be unfair on the team to throw expectations and predictions their way so far out from the tournament, not to mention downright foolish – we all remember far too well how much can change less than six months out from a World Cup, let alone three years. Even so, there’s every reason to hope for a strong showing at home when the tournament eventually begins.

None of this even begins to touch on the wider impacts of the tournament – a boost for the women’s game and women’s sport in general, rejuvenated support for and coverage of football, heightened participation, (hopefully) providing a line-in-the-sand moment for the sport to move forward under the new leadership after years of governance squabbles and turmoil, a nice little sugar hit for the FFA coffers, and finally being able to leave the 2010 debacle in the past. If there are any negatives to this, I can’t see them.

Plus, what Australian sports fan wouldn’t want to have such a big tournament on our shores? Few events can match the magnitude of the Women’s World Cup. The long-running men’s equivalent can, of course, and surpasses it. So too the Olympics.

Other than those? It’s hard to find one.

The rugby fan in me wants to point out that sport’s World Cup, but while last year’s brilliant tournament in Japan drew more spectators than the Women’s World Cup a few months earlier (1.84 million tickets sold to 1.16 million) it fell comparatively short on the broadcast front, its “more than 857 million” less than the 1.12 billion who tuned into France 2019.

Not that comparing those two tournaments is the point. The point is the Women’s World Cup is now a massive tournament.

Having it in Australia, with local crowds cheering on a competitive Matildas side, is going to be a considerable boost for football in this country. But perhaps more importantly, it’s just going to be a hell of a lot of fun.