The French Pro D2 competition is somewhat of a mystery for rugby fans in the southern hemisphere.

Australian David Lolohea is one person who can shed some light on it. The former Waratahs front-rower has been toiling away in the Pro D2 with USO Nevers for the past two seasons.

These days French rugby – particularly in the lower divisions – is renowned for its big bodies, fierce contact and slow pace of play. Lolohea concurs with those impressions.

“I wouldn’t compare the speed of Pro D2 with Super Rugby at all,” he says.

“Even the Shute Shield is faster.

“The physicality is like an international match. After you’ve gone in and whacked yourself you know about it by the end of the game.”

Lolohea certainly qualifies to make this comparison. He played internationally with Tonga in 2017, and also represented an Australian XV against France one year earlier.

Another reputation of French rugby is the dirty tactics employed by its players. Lolohea has apparently seen it all in his 40 games played with Nevers.

“Everyone loves it. Even the crowds love the punch-ups.

“It’s not a rugby match if there hasn’t been a scuffle. Over here it’s rugby combined with a boxing match. It’s ridiculous!”

Lolohea was straight into the fray during his Pro D2 debut in August 2018. His involvement in some fisticuffs earned him ten minutes in the naughty chair.

“One of the Biarritz boys was punching one of my boys on the ground so I jumped in and started punching him,” he says.

“He’s my second-rower and I’ve got to stick up for him. I don’t want to be going backwards in the next scrum!” 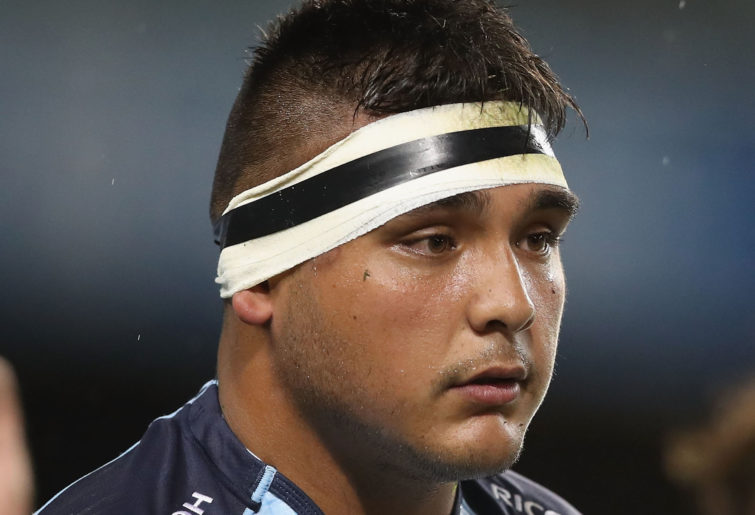 David Lolohea has traded the Tahs for the French second tier. (Photo by Mark Kolbe/Getty Images)

The drama did not stop for Lolohea after his yellow card in game one. A week later he scored a try in his home debut helping his side thump US Bressane 53-13.

“The eruption of the crowd when I scored was amazing,” he recalls.

“There were 7500 people there and they just went off.”

Front-row bookends in France aren’t known as props, but rather pillars. Those acquainted with David Lolohea will recognise how appropriate this title is for him.

Standing at six foot four and weighing 135 kilograms, Lolohea is a pillar of a man. He admits that French rugby is well suited to his size and style of play.

“I wish I knew about French rugby in my junior days,” he says.

“I would have come here a lot earlier.

“I would have loved it more because it’s slower. It’s more about heavy hitting. A lot of the big boys who aren’t quick enough for Shute Shield or Super Rugby should try and get over here.

“It’s also a lot cooler and the game is argy bargy. You run straight, and they run straight at you.”

Lolohea’s career in Australia had been looking promising not so long ago. He played several seasons of Shute Shield and NRC, where his impressive performances eventually led to a Waratahs call-up.

Lolohea made eight Super Rugby appearances for the franchise in 2017, all coming off the bench. Big Dave remembers the moment when he was first selected by his state with immense pride.

“It was humbling, especially when I got announced in the team while in the huddle with the boys,” he says.

“I wanted to cry. It had taken so long to get that opportunity. Every time I think about it, it brings a tingling feeling down my back.

“I wish I could have stayed on there. I wish that everything went well and they didn’t drop the Western Force.” 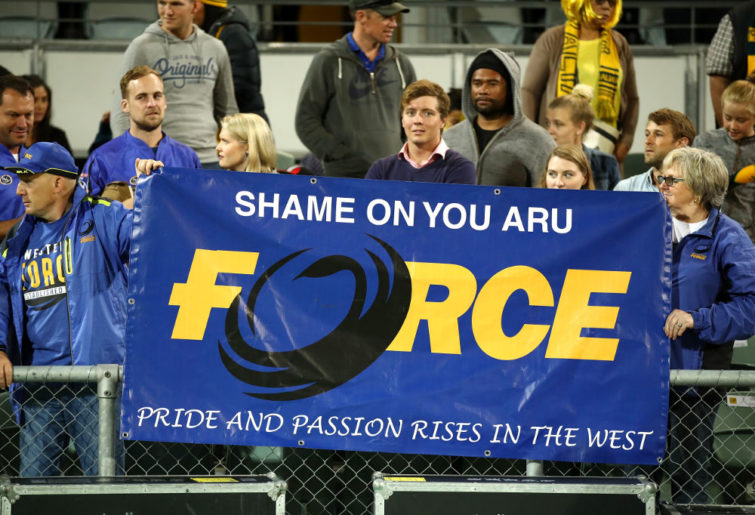 As you will recall, 2017 was the year of the Force-Rebels saga when the former were culled from Super Rugby. The situation had a knock-on effect for players like Lolohea.

“I had a letter of offer sitting on the table from the Tahs when I came back from (a tour to) South Africa,” he says.

“Then everything happened with the Force and I didn’t get re-signed. It (the offer) was withdrawn. They had to put everything on hold.”

It has been a unique rise to play for the Waratahs and now Nevers for Lolohea, who was born in Penrith and raised in Mt Druitt.

The latter is a pocket of western Sydney that has long been considered struggle-town. Lolohea realises that his life could have swung a very different direction if he did not apply himself fully to rugby.

“I give a lot of credit to my dad, because my mum passed away when I was 13 years old,” he says.

“My dad pushed me to play rugby. If not for that, I probably would have given up and been like many others in Mt Druitt and become a criminal.

“That’s the life you turn to there. Easy money and things like that. Rugby has got me out of that system.”

Lolohea grew up in close proximity to his current Nevers teammate, Senio Toleafoa. Lolohea came to the attention of his French club via a reference from his old Sydney pal.

Like Lolohea, Toleafoa had a cup of coffee with the Tahs back in 2017. Prior to that they had played both colts and grade together with West Harbour. Another familiar face at Nevers is Auvasa Falealii, who also had stints in the Shute Shield and NRC in 2014-15.

This trio are toiling away for a team that appears to be on the rise. The origins of Union Sportive Olympique Nivernaise (USO Nevers for short) go all the way back to 1903. For over a century until 2017 they always competed below France’s top two divisions.

Now they are established in the Pro D2 and looking to take the next step up. In 2019, Nevers finished sixth in the competition before narrowly losing a qualifying final to eventual champions Bayonne. In the 2019-2020 campaign they were running fifth with eight rounds to play before COVID-19 cut the season short.

Lolohea has one more season remaining in his contract. Beyond that, his aspiration is to play in France’s highest league, the Top 14.

That can happen one of two ways: gain promotion with his current team, or get snapped up by a bigger club. The carrot is there and Lolohea realises it.

“You want to play with the big boys so you’ve got to earn your stripes and get up there,” he says.

“When you think about it, money does talk. The more you play in the Top 14 the more money you make.”

Nevers are back training again after a long lay-off due to the pandemic. The Pro D2 should return to full swing in a few months’ time.

Not that we’ll catch any of it in Australia. Until he reaches the Top 14, imagination is our best hope of seeing David Lolohea in action.

Picture an Aussie-Tongan beast in a blue-and-yellow jersey hurtling into collisions, heaving bodies off rucks and hammering opposition props in scrums.

That is, of course, when he is not having to dodge hooks and duck haymakers in a good old-fashioned French brouhaha.

That’s how they roll in the Pro D2.