The Broncos have moved down to 15th on the ladder and the Titans have jumped up to 13th place after their second win of the season.

Broncos should bow their heads in shame for only scoring 12 points against the bottom team for the last couple of seasons. Ben Te’o scored the first try for the Broncos and Herbie Farnworth scored nine minutes later.

A double to Anthony Don in the first half and a try along with a try assist for Ash Taylor helped make the halftime score 22-0 but they only managed to score eight points in the second half with the only try for the Titans in the second half going to Phillip Sami.

Tyrone Peachey came off the bench and looked very good with a try assist to Sam Lisone along with 137 running metres and no errors.

Payne Haas – as he does week in and week out – ran for 157 metres, made six tackle breaks and made 33 tackles for only two misses. 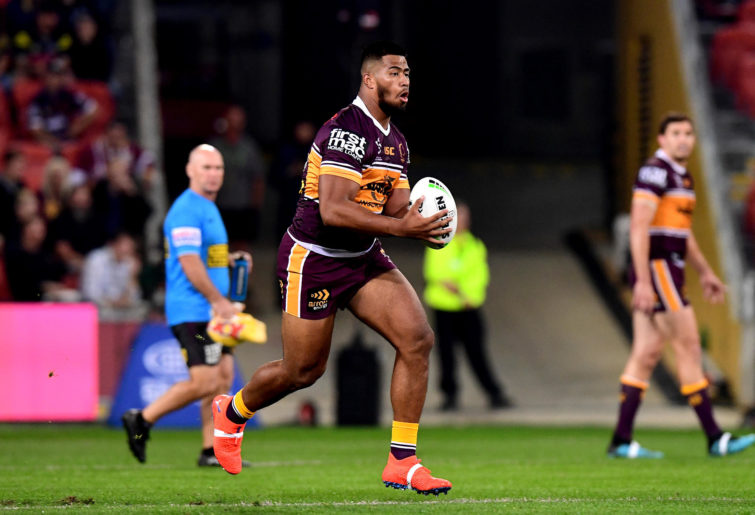 Issac Luke looked very good in defence with 33 tackles for no misses.

Matt Lodge came off in the second half with what looked like a very serious leg injury but I hope for his and the Broncos’ sake that he is okay and no serious damage has been done.

David Fifita is expected to return in Round 9 against the current last-placed team in the form of the Bulldogs. Fifita has been tabled a monstrous contract offer, and at this point Fifita may break his promise to Haas and move away from Brisbane.

Brisbane finished the game with 48 per cent of possession, a 72 per cent completion rate, 40 missed tackles and 14 errors with captain Alex Glenn making the most tackles in the game with 41.

Both sides suffered sin bins with Broncos winger Corey Oates being sin-binned in the final five minutes and earlier in the game, at the 37th minute, Moeaki Fotuaika was sin-binned.

The Titans take on the Sharks next Saturday and the Broncos take on the Warriors also on Saturday in a must win to let the pressure off the players and the coach Anthony Seibold.

Brisbane halfback Tyson Gamble says he will fight “tooth and nail” for the halfback jersey next season, after delivering one of his finest performances in a 37-18 derby win over North Queensland. 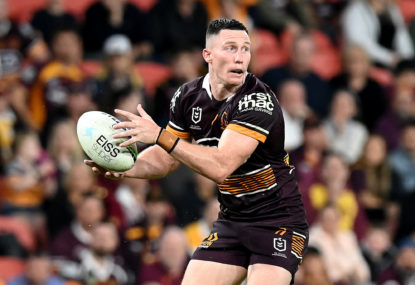 With Dane Gagai now confirmed to be leaving the South Sydney Rabbitohs to pursue a three-year deal with the Newcastle Knights, the Rabbitohs will be on the lookout to find a replacement for the experienced NRL and Queensland Maroons centre.

As I sit here off the high of the mighty Broncos winning 37-18 over arch rivals the Cowboys, I begin to reflect on my time as a rugby league fan. I have tuned in yearly to watch Queensland and NSW do battle in State of Origin since the late 2000s. Five years ago, following the […] 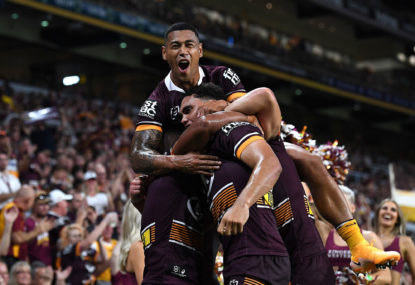 Brandy wasn’t happy with this call! 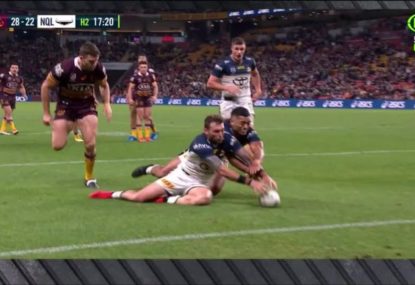 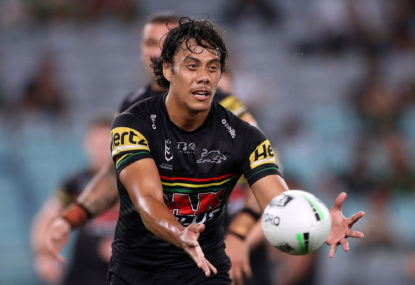 How do Brisbane get out of the mess they’re in and repolish their roster?