Unexpected, perhaps, on most occasions, yet so inexplicably common. Four different series between 2008 and 2016 followed this story line.

Fears of the inevitable end to a window of Australian cricket dominance may have been accelerated come the 2008-9 home season. If anything, the surprise South African triumph marked the beginning of one great era and the decline of another.

The Proteas claimed the three-match series 2-1. The two victories came through extraordinary fight-backs to achieve a feat never done before. To label it ‘against the odds’ might be an understatement.

Gripping and remarkable, this was the first of some brilliant and eventful Test cricket between the teams for the decade to come.

It was mid-December when Perth launched the series. Australia had easily accounted for a disappointing New Zealand 2-0 to begin their home season, but would have understood the enormity of the challenge to come. South Africa had tuned up with ease over Bangladesh.

You might skim over the South African team sheet and wonder why this victory was such a surprise, given the star power.

But it’s worth noting firstly Australia’s standing in the early pieces of the first two matches. They had advantages no team should surrender. The relative inexperience of the (soon to be) South African force was evident.

The pace attack would set the standard across the world for years to come, but Morne Morkel had only a dozen Tests to his name, Dale Steyn had 27, and time was of the essence for Makhaya Ntini, ten years after his debut.

You might argue part of the touring side had most of their greatness behind them – including Ntini, Jacques Kallis and Mark Boucher – with others yet to fully realise theirs – Hashim Amla, AB De Villiers, JP Duminy, Morkel and Steyn. This series was a clear turning point in several young careers. 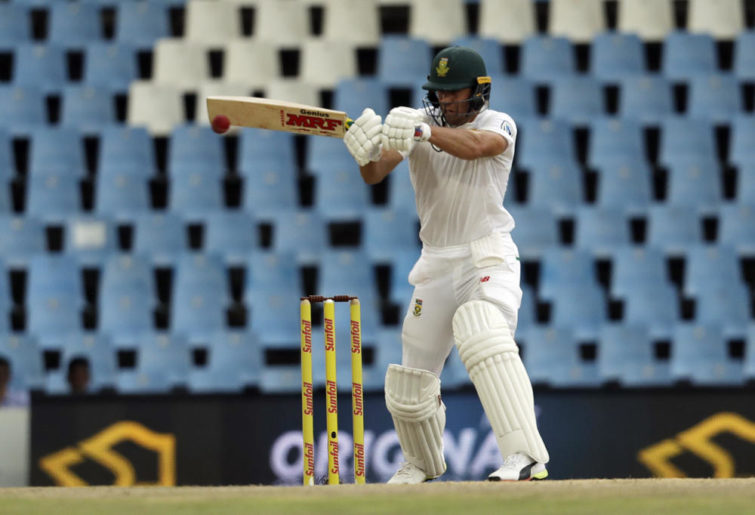 Australia went into proceedings without their absolute best XI, but it was close. Dropped against New Zealand then inevitably injured again was Shane Watson and the included Andrew Symonds was not aided by knee concerns. Matthew Hayden’s run drought was well publicised and meanwhile, Australia were enduring a spin-bowling merry-go-round.

The hosts compiled 375 at the WACA on their way to a first-innings lead of 94. Given what the cricket world was used to seeing, the remainder of the story should appear a formality. This muddled Australian outfit, though, lacked the same edge. The era may have truly ended with the wave of star retirements two seasons earlier, but even this mix of ageing stars, hopeful young quicks, the future captain and relatively new keeper were expected to throw enough punches.

Generally a lover of Perth’s offerings, Mitchell Johnson tormented the visitors with eight wickets and eventually 11 for the match. His side were firmly in the driving seat before 319 more in the second dig – perhaps a few short of fully sealing the issue. A brisk 94 from Brad Haddin – after a recent first ton in Adelaide – was the only contribution of great substance.

Even then, successful Test chases above 300 were typically rare, let alone 400. Not only was this task accomplished by Graeme Smith’s team, it came at the expense of only four wickets. Smith himself was the architect with 108. After Johnson’s first-innings performance led the charge, the Australian attack was unable to penetrate. In just Test match number two, Jason Krejza struggled at an economy rate greater than four and would not be seen in Melbourne, or ever again.

As debutant JP Duminy flicked the ball away to confirm both his first half-century and the win, you can imagine the inside of Ricky Ponting’s mind. De Villiers posted an unbeaten 106, wrenching man-of-the-match honours away from Johnson, Smith and Kallis.

They had pulled it off and the foregone conclusion had been completely twisted, as had the broader expectations of the series. The target of 414 was just five less than the West Indies’ record set a few years prior, with Australia again the victim. If the Proteas arrived short of belief, there were no such concerns now.

Melbourne and Boxing Day combined again in what remains the most recent meeting between the sides on the occasion. It was not the atmosphere of an Ashes Test, yet 63,000 still filed in for the first day – more than the total match attendance in Perth. 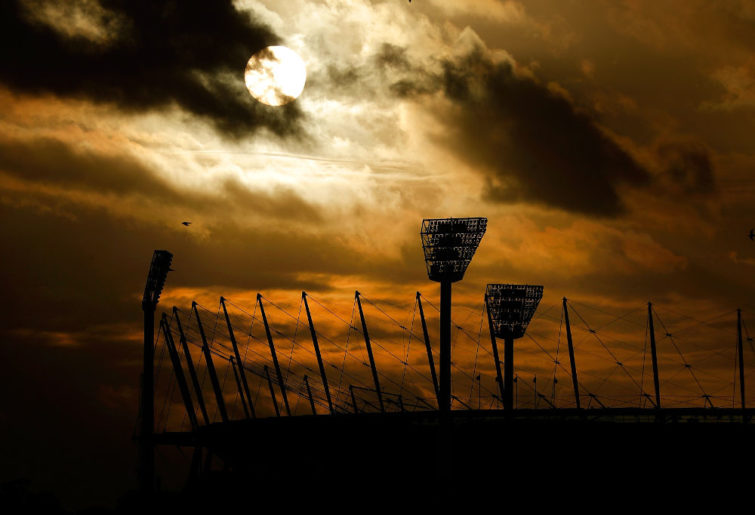 Australia clearly assumed the upper hand in the match. The opening day might have hardly suggested it, but this series was about to become even more incredible. A masterful five-wicket display from Dale Steyn still saw Australia rack up 394 and by late on the second day, the Proteas were 6-141. The empire was fighting back as everybody suspected they would.

What ensued on the third day would have stunned every being in the ground and following elsewhere. Ask the most ardent of Australian fans their least favourite day of Test cricket and this would be a contender. If the eighth wicket was difficult enough to find – eventually claimed by Michael Hussey – the ninth was a different story.

A score of 8-251 became 9-431 on a remarkable day of turnaround. Australia squandered the noteworthy advantage with dropped catches and missed opportunities, but the most obvious takeaway was the batting. A career-high 76 from Steyn – amid one of the most complete individual matches ever – was met with a sublime 166 from JP Duminy, through four hours in the middle together.

Australia were flat, unresponsive and battered. Any superiority held in the match so far had evaporated, and even 99 from their captain Ponting – after a century on Day 1 – could only go so far. A score of 43 was the next best, from Mitchell Johnson at number nine, and Steyn had five more scalps to his name. Simon Katich fell to Steyn twice, Hussey had managed two runs for the match and the iconic Hayden was unable to address his situation with eight and 23. Far too much was asked of the lower order, despite contributing well. Brett Lee boasted a single wicket for the series and the questions surrounding he and Hayden for the upcoming Ashes series were growing louder.

It was a different set of conditions to Perth but a run chase was handled with equal nonchalance. A chase of 183 was never a realistic threat, and it was reeled in with nine wickets intact. Five sessions into the match had Smith’s men at the mercy of a home side on the rebound, only to wrestle back with such magnitude. There may have been one to play but the mountain was climbed.

Revitalising the personnel can often do the same to performances. Into the Australian XI came Doug Bollinger and Andrew McDonald for the first time at the level. While neither would quite grasp or receive opportunities, maybe unfairly in some eyes, this was a landmark moment for both. McDonald was particularly impressive, nibbling it around for three wickets in the match. One was a spectacular caught and bowled to claim Kallis in the second innings – not a bad scalp. The strengths of McDonald as a cricketer were earmarked as a probable asset for Australia come the pending English tour, but we won’t ever know.

The home side piled on 445 in a day and a half’s batting, well led by 138 from Michael Clarke, who finally consolidated a start. His match would find the wrong sort of headlines down the track, as the murmurings of his post-match dispute with Katich gathered momentum.

South Africa’s response would have otherwise been a more commendable total, but they remained over 100 behind. Peter Siddle tidied up the lower order for a maiden five-wicket haul and Graeme Smith at the top would retire hurt, thanks to a crushing delivery from Johnson firm on the hand and broken as a result. Prior to this, I don’t think audiences knew one of the more dramatic Test matches of the recent era was unfolding. The match was far from decided yet, especially given the nature of the series.

It was a commonly seen third innings where a batting team is on top. A tally of 257 more runs were added swiftly and included half-centuries to Katich and Ponting.

Perth heroics aside, attempting to chase 376 in Sydney is daunting to say the least. This situation called for survival skills. The visitors would have been itching to leave the shores with a win-less Australia and they came harrowingly close. Their partnerships were steady, though not monumental enough to hold this one off. The South African middle order were admirably resolute but some of these innings remained unfulfilled.

It’s inside the final hour and the Proteas looked a chance to cling on. It wasn’t just the middle order either – Paul Harris, Steyn and Ntini absorbed nearly 200 deliveries between them. The final stanza of the pieces is well known.

Following the dismissal of Steyn and the ninth wicket, it was either Graeme Smith to face the music or an instant Australian triumph. Of course it was the former, as the gritty skipper made his way down the race – the footage of which will be remembered forever.

He holds on some more, even if he can barely hold the bat. No matter the ending, the finish would be exhaustingly tense. Five minutes and only a pair of overs remained before Johnson broke through the captain’s defences and ran into the arms of overjoyed teammates.

Smith may have lost the day but had the series to boast and more importantly, won an outpouring of respect. The dream of an empty-handed Australia was rudely squashed, yet he would return four years later and achieve exactly that – South Africa clinched the series 1-0 on their next Australian voyage.

This was one not to be forgotten quickly. Perhaps the only thing lacking was an extra Test match or two. Through the unpredictability, the individual feats of brilliance or courage, and the vastly different futures it foreshadowed for both, this series remains in the top echelon of modern times.