The Adelaide Crows were comprehensively beaten again on the weekend, as their stay in Queensland continues to highlight the team’s on-field deficiencies.

Adelaide was outplayed for three quarters as the Lions managed 33 scoring shots to the Crows’ 11, while sending the ball inside 50 on 33 more occasions – a worrying trend continuing for the Crows.

The Lions beat up on the young Crows outfit in every area of the contest, but, contrary to the past fortnight, Matthew Nicks and his staff saw some positive signs, particularly in the third quarter.

Nicks said post-game that the team trained extremely hard throughout the week, so hard that Darcy Fogarty was forced to watch from the sidelines on Sunday with a bruised shoulder. But the effort in the contest was evident, as former Lion Ben Keays laid six tackles in the opening term while curbing the influence of Brownlow Medal favourite Lachie Neale. 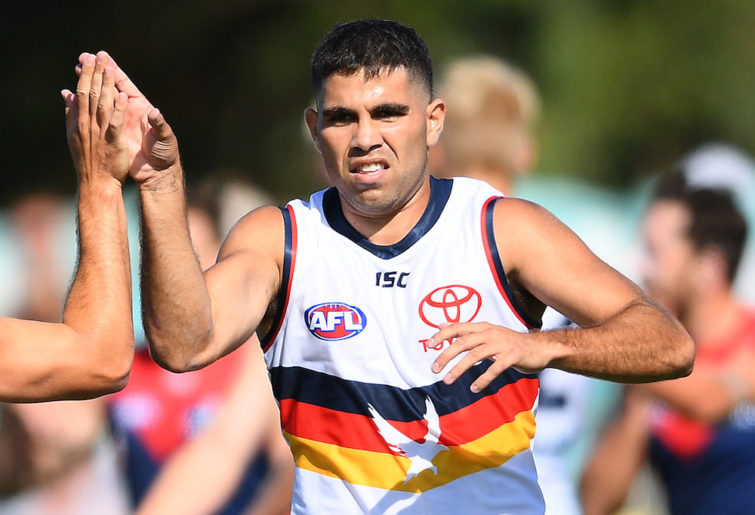 The centre bounce structure also differed from the past fortnight, and really the past three years. Instead of the usual Sloane-Crouch-Crouch set-up, which had grown stale and ineffective, the team’s youth was given more opportunity as Chayce Jones flashed his strong potential through the middle of the ground.

The ninth overall pick in the 2018 draft, Jones played intermittently in his first season, buried more across half forward though as Don Pyke opted for experience over youth.

But given the opportunity, Jones demonstrated the future may not be so bleak, gathering eleven touches to go along with a goal and three clearances, and some invaluable experience head-to-head with Lachie Neale in the second half.

A beneficiary of the changed centre bounce structure was 2019 club champion Brad Crouch who looked a far better player without his brother Matt alongside him. Crouch, who in previous weeks was handballing more than kicking, had 24 disposals against the Lions, 20 of them kicks.

Although his efficiency was down below 50 per cent, he was far more effective with the youth of Jones and Keays alongside him, while also spending more time on the wing than usual.

Another beneficiary of the Crows’ youth movement is Ned McHenry, pick 16 in the same draft. Unlike Jones, McHenry didn’t get a debut game last year, although came close before suffering a concussion in a car accident mid-season.

While the speed of the game has sometimes caught McHenry making errors of judgement in his three games, his energy and ball-winning ability have been clear.

Likewise, Myles Poholke, just twelve games in three seasons at the club, impressed in the forward line on Sunday, gathering twelve touches and kicking a goal and certainly earning himself a spot in the team next week.

The same cannot be said for Elliot Himmelberg, however, who, taken from the same draft as Poholke, failed to grasp an important opportunity.

Himmelberg played seven games last season, replacing the out of favour Josh Jenkins, and looked lively up forward and proficient as a second ruck. But, falling out of favour to Fogarty and new recruit Billy Frampton, the 22-year-old needed to make an impact against the Lions, but managed just five touches and no score impact, while Frampton booted two goals and clunked four marks. 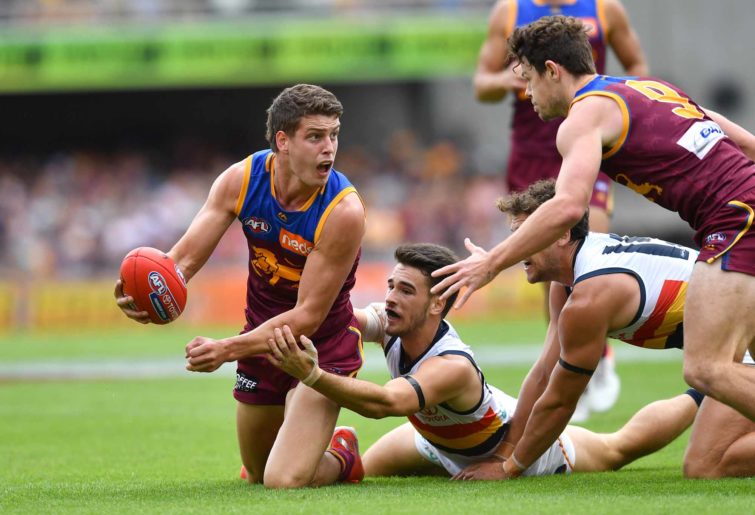 Fisher McAsey, pick six in the 2019 draft and Adelaide’s highest ever selection, also continues to earn valuable game-time down back. Significantly beaten by Todd Marshall and Ben King in previous weeks, McAsey was better on the weekend, showing strong signs of his potential as a long-term replacement for Daniel Talia.

Unfortunately, the Crows are paying for their stubbornness at the selection table last season, as veterans clearly past their prime and unable to contribute were awarded games over young players such as McHenry, Jones and Fogarty.

The brand of footy which was once the most prolific and damaging in the competition became stale and ineffective, as the club relied desperately on its fallen stars to carry a burden they could no longer hold.

As such, more patience is required, and the growth will be gradual, but these kids being placed in positions to impact the game by coach Matthew Nicks is essential in fast-tracking that process.

The Crows may have hit rock bottom against the Suns, or the worse of this season still may be to come, but the signs of growth and a way out of this bleak period are apparent for all to see.