But one player is being talked about a little more than the rest and that’s 22-year-old Harry Grant, who the Tigers currently have on loan from the Melbourne Storm.

In Sunday’s performance, Grant led the number of tackles for the Tigers with 45, made 168 metres and scored a try.

He’s fast becoming a fan favourite, with many already wondering if there is a way to keep the youngster at the Tigers.

How many of you had heard of Grant before this season? I know I hadn’t.

It surprises me given his form in the lower grades, which saw him lead the Sunshine Coast Falcons to the minor premiership last year and also named in the Intrust Super Cup team of the year. In just 22 Intrust Super Cup games, Grant scored 14 tries, had 21 try assists and averaged 100 metres a year.

Now believe it or not, this isn’t an article about Grant. Or the Tigers.

When there are debates about expanding the NRL, one of the arguments always is that there is not enough talent for an additional two teams.

In fact, even now, given the disparity of performance between the top ten teams and the bottom six teams, some are suggesting that this is because of a lack of talent.

How many more Harry Grants are playing in our elite state competitions?

There is plenty of talent to go around, but perhaps those in decision-making positions aren’t looking hard enough.

The Storm, along with the Sydney Roosters, have been the competition benchmark over the last decade.

It astounds me that no other clubs would look at the players next in line behind Cameron Smith and Billy Slater. The likes of Brandon Smith, Ryan Papenhuyzen and even Harry Grant have been there right under our noses and suddenly people are surprised at the depth of talent the team has?

There is more than enough talent for another NRL team and anyone who looks at the competition this year and some of the blowouts and thinks otherwise is confusing lack of talent among playing rosters with lack of talent in our coaching rosters.

It’s true what some people say – the coaches are not the ones on the field dropping balls and making errors. But the impact that good coaching can have on a squad is there for all to see.

Compare Manly’s performances when coached by Trent Barrett to Des Hasler. Hasler and Barrett effectively had the same team and we have seen the Sea Eagles transform from cellar dwellars to premiership contenders.

The Sea Eagles are also a good example of a team that doesn’t have the ‘star power’ of say the Roosters or Melbourne, but what we have seen is Hasler improve the performance of the players under his care including the likes of Curtis Sironen.

The Knights are another example. You could make a case that Nathan Brown spent many years ‘rebuilding’ the club. But the team’s performances under Brown compared to their new coach Adam O’Brien are there for all to see.

O’Brien has been a revelation and I won’t soon forget the vision of him throwing his water bottle in disgust even when Newcastle held a 12-0 lead a few weeks ago, because he was unhappy with his team’s effort.

I guarantee that if you took Trent Robinson and Craig Bellamy from the Sydney Roosters and Melbourne Storm and had these two men coach the Canterbury Bulldogs, Brisbane Broncos, St George Illawarra Dragons or even the North Queensland Cowboys, results would be vastly different. 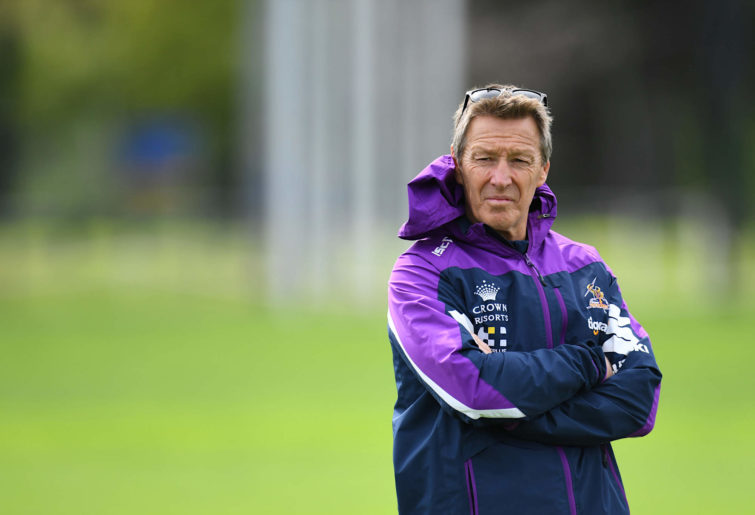 Many will point to the superior rosters that these two men have, but it is no coincidence that players like Lindsay Collins and Nat Butcher are playing so well; they have a good coach.

Those two players would not be the same at another club. Just like the Morris twins, who are now somehow in career-best form at the Roosters at the age of 33.

It also comes as no coincidence that you are hard pressed to find a player who has left the Storm and improved, whereas the number of players that have left Melbourne and gone on to average careers is notable.

There are several underperforming teams in the competition at the moment and while some may lack the star power of the competition heavyweights, poor coaching has a far bigger role to play.