Frank Lampard may have pulled off the signing of the summer by bringing German goal-machine Timo Werner to Chelsea.

Lampard fought off competition from rivals Liverpool and Manchester United to acquire the RB Leipzig stalwart for his release clause of just £47.5 million, which might sound like a lot but in todays market that is an absolute bargain when Man United’s winter singing of Bruno Fernandes cost around the same.

Fernandes is a quality player, do not get me wrong, but Werner is on another level.

The big question is whether Werner can transfer his form from ‘Die Rotten Bullen’ across to the Premier League.

Since joining Leipzig from Stuttgart in 2016, he scored 95 goals in 159 games, while averaging a goal every two UEFA Champions League matches this season, as well as 28 in 34 Bundesliga games.

So, will Chelsea catch up to Manchester City and the champions Liverpool to challenge for the title next season?

No doubt a lot of work is to be done, with a 32-point gap between the Blues and Reds and seven games still to play, and Chelsea may have a battle on their hands to make the Champions League next season.

Fans have every reason to be excited though, with young talents such as Mason Mount, Tammy Abraham, Callum Hudson-Odoi, Billy Gilmour and Reece James no the books, as well as quality established players including N’Golo Kante, Jorginho, Cesar Azpilicueta and Antonio Rudiger there to make sure we see the most these exciting talents have to offer.

When you add the summer arrival of Werner and Ajax maestro Hakim Ziyech, you have the ingredients of a title-challenging side.

There were questions over whether Lampard was capable to do the job at one of the biggest clubs in the world, with his only past managing experience being in the Championship with Derby County, but he proved the doubters wrong with a remarkable season despite the transfer ban put in place before his arrival, leaving him only with the resources left to him by his predecessor, Maurizio Sarri.

Lampard has implemented an exciting game style that has allowed his young stars to flourish. 21-year-old attacking midfielder Mason Mount has scored six goals and proved five assists in 31 games this season and can only get better as he develops, while Tammy Abraham scored 15 goals and provided 6 assists from the striker position.

All in all, it is exciting times to be a Chelsea fan and if the squad gels like Liverpool, it could be the beginning of a new golden age for a club which is always hungry for success. 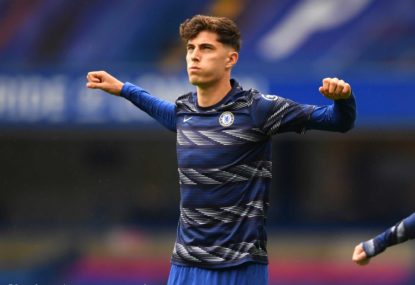