In the FA Cup quarter-finals on Sunday, Chelsea beat Leicester City 1-0 with a second-half goal from Ross Barkley to book their spot in the semi-finals at Wembley, where they will face Manchester United.

But while the end result was positive, the match itself could have gone very differently for the Blues.

After giving starts to several youngsters who had barely played since the league’s resumption, such as Billy Gilmour and Reece James, manager Frank Lampard was not given the reward he had hoped for.

Following one of the worst first halves of Chelsea’s season, with particularly poor performances by the rising academy players, Lampard was understandably fuming at the break.

“The gaffer [Lampard] said that the first half was simply not good enough to wear the Chelsea badge,” Barkley said after the game.

These changes led to an improved performance in the second half, which allowed the visitors to take the lead and see out the game, but it was still by no means an uplifting one for Lampard.

Besides Christian Pulisic, who was a bright spark the whole game, and Kovacic, who also impressed off the bench, this was not a performance worthy of a quarter-final against a top-four rival.

Regardless, Lampard deserves massive credit for his game management, taking the necessary steps to ensure a victory for his club. 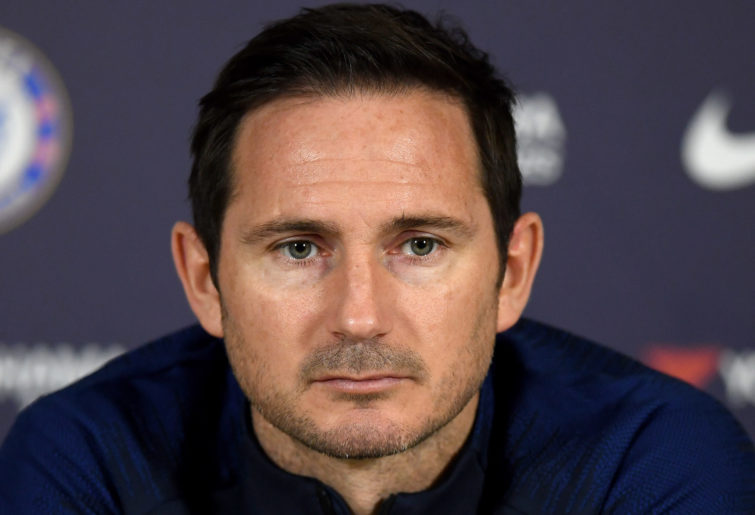 By substituting young Gilmour, who was only starting his third game for the club, he showed no mercy and affirmed his belief that if a player performs well, he plays, irrespective of status.

That same philosophy is what has given Gilmour, among many other youngsters, so many opportunities this season, but on Sunday, it is what made him go off after only 45 minutes.

The same can be said of James, who has been in shocking form ever since the restart. He was not helping the team in any way on Sunday, so he was quickly replaced by the ever reliable captain Azpilicueta.

After the game, Lampard was quick to downplay his decision as any form of specific punishment, saying that the team as a whole had let him down with that first-half performance.

“The first half was poor from us. We were fortunate to be at 0-0,” the Blues boss told Chelsea TV.

“We were slow today and we were off the mark, and I expected more.”

Lampard also expressed his sympathy for the young players he subbed off, and how it was not a personal attack on them, but more of a team decision.

“I could’ve made more subs at halftime,” he said.

“I don’t want to pick out the young lads who came off too much because it’s all part of the learning experience. They’ve all been great, and they will be great for this club.”

Throughout his time at Chelsea, Lampard has shown he is adept at talking to the press and always seems to say the right things, and he played it perfectly yet again.

While Gilmour, James and Mount know that they were taken off because of their poor performance, their manager publicly praised them and will continue to give them his full support.

However, it is no coincidence that all three players substituted were 21 and younger, and the players must realise this. When the youth were failing him, he chose to add experience to lead his side across the finishing line.

It is a reminder to his players that while they will get their chances, they have to take them because everyone who plays is only there based on merit.

They will surely recover from this one-off performance and it will motivate them to keep improving and fighting for their place in the squad because as soon as they stop working, they stop playing.

Luckily, their academy graduates will never stop fighting, because playing for Chelsea is their lifelong dream, and under someone like Lampard, they know they will get the chance they deserve.

Sometimes all a kid needs to get better is a little tough love, and the same goes for young footballers. By reminding them that their opportunities are not guaranteed, he is sending a message.

This may be the first time in his managerial career where Lampard has really snapped at his young players, but it won’t be the last.

Like he said, it’s a learning curve, and they have now reached that low point. Only time will tell how they respond.