It’s a matter of counting hours rather than days now until Super Rugby returns to Australia.

And what a way to bring it back with Queensland versus NSW – the ancient adversaries whose rivalry began 138 years ago.

This Friday’s game in Brisbane will be their 33rd in Super Rugby. State pride, bragging rights and the players’ bodies – at a minimum – go on the line each time these two sides clash. Sometimes the stakes are even higher.

With this in mind, let’s now rank the top five most memorable NSW-Queensland duels in the Super Rugby era. The list will include games that were not only a joy to watch but also meaningful in the context of the season they were played in. As with most ranked lists, it will contain at least a sprinkling of subjectivity.

Are you ready to jump back in time to re-visit some riveting Reds-Tahs tussles? Let’s do it!

Honourable mentions
Round 11, 2001 – The Tahs (8-1) and Reds (6-3) battled in front of a record Super 12 crowd at Ballymore. The hosts sent 23,000-plus fans home happy that night by winning a thriller, 31-24. The victory would not propel Queensland into the post-season, but it did cause their arch rivals’ campaign to slip into free fall. NSW lost 96-19 and 51-10 in their ensuing two matches. Season caput.

Round 1, 2012 – Dom Shipperley scores a try at the final hooter to snatch a Reds win, 25-21. It sets the tone for Queensland’s season as they finish at the summit of the Australian conference with an 11-5 mark. The Tahs go 4-12.

Round 16, 2018 – If you like a try-fest, this one was for you – 16 in total, eight per team. The Tahs finish on top 52-41, which kick-starts a three-game winning streak to help them wrap up the Australian conference. The Reds finish the season a disappointing 6-10.

Now for the top five. 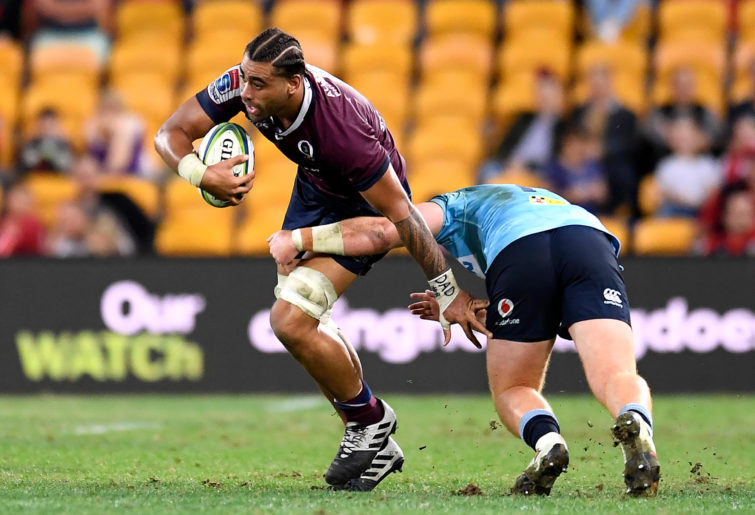 5. Round 1, 2010
Both teams were looking to begin their season on a winning note in Brisbane. Tries to Daniel Braid, James Horwill and a penalty try had the Reds leading 28-18 into the final ten minutes. Time to pencil in a Queensland victory?

Not so fast. The Waratahs were far from done with a try to Rory Sidey seven minutes from full-time keeping them in it.

Despite the sin-binning of Dean Mumm, the Tahs keep coming and manage to tie the game via an 80th minute try to Wycliff Palu. Daniel Halangahu slots the conversion giving NSW a dramatic come-from-behind victory.

The result would prove significant in the long term. NSW finished the season in third spot, just four points in front of the fifth-placed Reds, who miss out on the semis.

4. Round 7, 1996
After 114 years waging war as amateurs, the two great states hooked up for the first time as professionals in April ‘96.

It was a typically brutal affair at Ballymore: head shots, swinging arms, scuffles, a red card, verbal effluent. Everything that you would expect it to be.

The Reds entered the game riding a five-game winning streak and sitting atop the Super 12 table at 5-1. The Tahs’ season sat in the balance at 3-3.

The visitors scored the game’s only try through Kevin O’Kane via an assist from David Campese. But it’s the right pin of John Eales that proves the difference. Five arcing parabolas bisect the posts, enabling the Reds to eke out a two-point victory.

Queensland continued on their merry way, finishing minor premiers that season. There was no way back for the Tahs, though, who wound up in seventh.

The top three had already been decided heading into the season’s final round, leaving six teams with a shot of grabbing fourth.

For the Reds, a win would be enough. The Tahs needed a win, a four-try bonus point, as well as denying their opponents a losing bonus point.

In NSW’s favour, they were at home where they’d won a perfect five from five that season. The Reds had a streak of their own, going four straight wins.

Tries to Eales, Nick Stiles and Junior Pelesasa got Queensland over the line in this one. The result advanced them to their third finals appearance in six seasons. The Tahs, contrastingly, still hadn’t broken their finals duck.

2. Round 11, 2005
The Tahs-Reds rivalry has been a streaky one in Super Rugby. Two Tahs victories in 2019 extended their current winning run to 11 games.

Back in 2005, it was the Reds who were in the ascendancy. In nine Super 12 games up to that point Queensland had eight wins, while NSW had a goose egg, with one draw.

But things would turn on this night. Peter Hewat scored 22 of the Waratahs’ 27 points as they finally overcame their northern foes. 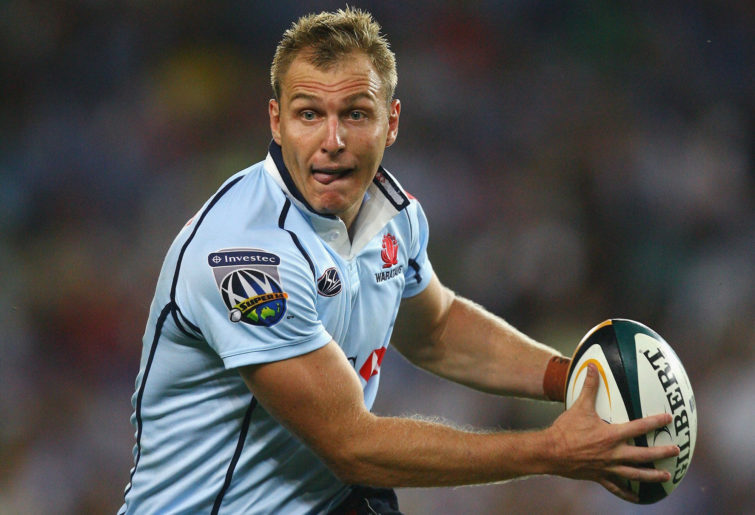 NSW then beat the Blues in the regular season finale, and followed that up with a semi-final dispatching of the Bulls. They ended up losing the grand final to the Crusaders, but they’d taken a massive step forward that season.

1. Round 10, 2011
Coming into this game NSW had won the previous six head-to-head encounters, including a 30-6 shellacking earlier that season.

In this epic battle at Suncorp, the Reds managed to get a massive monkey off their back with Quade Cooper the hero. The genius flyhalf scored all of Queensland’s points, including a scintillating individual try late in the first half.

After receiving a pass at midfield, Cooper sliced through Ryan Cross then stood up fullback Kurtley Beale to go in. The back flip celebration was almost as good as the try. Cooper’s score put the Reds in front for good that night.

Queensland, of course, went on to win their maiden Super Rugby title that year. Tight wins like these gave them the hard edge they needed when two Kiwi heavyweights awaited them in the finals.