But more recently, heaps of them have dominated this format.

Here’s who I think is the current best ODI XI.

1. David Warner
A great opener in nearly every format, Warner is still a beast in limited-overs matches. He has started to gradually take it slower. He still is threatening, averaging 45.8 in his career, and more recently was the second highest run scorer in the World Cup, and has averaged 61.6 this last year in ODIs. Not bad from the boy from Paddington.

2. Quinton de Kock (wicketkeeper)
Just beating out Australian Alex Carey for the keeper spot, De Kock has shone in the ODI format ever since his debut in early 2013. A very consistent player both batting and behind the stumps, he’s averaged 44.65 and has 15 hundreds and 25 fifties. This year, he’s averaged 45.55 in ODIs, while also captaining the side. He’s also taken 164 catches in 121 matches along with nine stumpings. He continues to grow in ODIs.

3. Rohit Sharma
Up there with the greatest ODI players ever, when Rohit Sharma strides to the crease opening or in any position, there’s trouble coming. He averages 49.27 in ODIs. He also has 43 fifties and 29 hundreds, the highest ever ODI score of 264, and was the top run scorer in the 2019 World Cup, scoring 648 runs and averaging 81. More recently, he’s averaged 56.77 since early 2019. Can he continue to prove to everyone he’s one of the best ODI players?

4. Virat Kohli (captain)
A no-brainer in nearly every format’s best XI, the legendary Kohli is by far up there with the best as well. Super consistent as well as very threatening, he’s averaged 59.33 his entire ODI career and has 43 hundreds and 58 fifties (his highest score is 183). Recently, though, he’s only averaged a measly 57. He’s also won 62 out of a possible 89 matches as ODI captain, which shows why he’s one of the greatest in ODIs.

5. Babar Azam
The young cousin of the three Akmals (Kamran, Umar and Adnan), Azam is just as good if not better than those three. Blessed with beautiful wrists and elegant timing, he’s a superstar in the middle or top order of the Pakistani line-up, averaging 54.17 his entire ODI career. He has 11 hundreds and 15 fifties. Recently, though, he’s averaged 58.57, and scored 474 runs at an average of 67.71 in the World Cup. The only way is up for the young man out of Lahore.

7. Mohammad Nabi
The experienced veteran and the former Afghanistan captain, Nabi’s rise is much like Afghanistan’s rise in recent years, especially in ODIs. A handy finisher and good part-time spinner who sometimes opens the bowling, he averages 27.82 in ODIs, has 15 fifties and the one hundred. But he averages 32.54 with the ball and has taken 130 wickets. Recently, though, he’s only averaged 21.69 with the bat and 44.5 with the ball, but his experience and finishing ability is still valuable to any team that he plays with.

8. Pat Cummins
A star and a mainstay for the Australians in nearly every format, Cummins continues to grow in the ODI format as well. With his raw pace and ability to get the edge, he’s taken 105 wickets in 64 ODI matches so far at an average of 27.55 and a best of 5-70. Cummins’ figures and consistency are part of the reason why he replaces Trent Boult in this line-up. 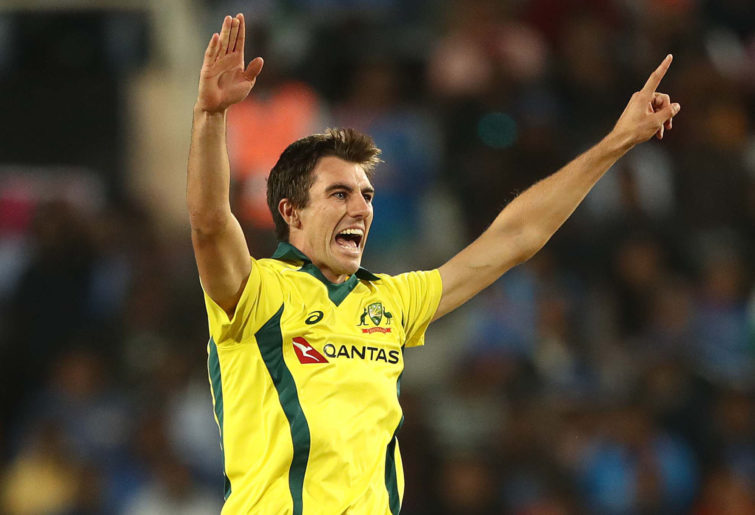 9. Mitchell Starc
Up there with the greatest limited-overs bowlers in recent times, Starc is a weapon both in the opening overs of a match or towards the end with his speed and swing. With those two weapons up his sleeve, he’s taken 178 wickets in 91 matches at a strike rate of 26.1, and an average of 22.22. Since the 2019 World Cup, he’s taken 33 wickets at an average of 25.66 and a strike rate of 26.88. These are super impressive numbers for a superstar bowler.

10. Mujeeb Ur Rahman
The teenage mystery spinner who’s almost like a magician with the ball, Mujeeb continues to impress in his young career. Ever since his debut in 2017 he’s taken 63 wickets at an average of 22.44 and a strike rate of 34.1. In the World Cup, he took seven wickets at an average of 37, a strike rate of 49.6, an economy rate of 4.47 and had a best performance of 3-39. If he continues to grow like this, he’ll easily be the best bowler in ODIs in at least five to ten years.

11. Jasprit Bumrah
The man continues to impress and grow. Bumrah is another weapon both up top and at the end with the ball, but he’s especially dangerous in the opening ten. With his raw speed, massive swing and big bounce, he’s taken 104 wickets at an average of 24.43, a strike rate of 32.1 and an economy of 4.55. In 2019 and 2020, he’s taken 25 wickets at an average of 36.08 and a strike rate of 45.36. These are not his best figures, but they are some solid figures and he is still looking up to a positive future.

DRS needs to be reviewed: Here's how to do it

DRS was supposed to rid the game of the so-called ‘howler’ and it hasn’t done that.

DRS needs to be reviewed: Here's how to do it

Test cricket is considered to be the purest form of cricket but the popularity of this format is dying in the next generation.