“It will be interesting if someone tries to write a similar one for England. I think there will be about 30 candidates from the 1980s alone.”

These are some words from Tigerbill to an article I wrote about an Australian XI that perhaps underachieved.

I originally had no intention of writing this article, but I was intrigued by the question – were England capable of producing more under-performing cricketers than Australia?

Unfortunately for fans of English cricket, that proved to be the case and with little effort, I found 17 candidates to form an XI that could challenge that of Australia.

The criteria for selection is the same as previously. Eligibility was based on having played at least ten Tests, but to narrow the field, each selected player must have averaged less than 30 with the bat and/or more than 40 with the ball.

Once again, this article is not meant to denigrate these players. All have been considered worthy to wear the three lions cap and I’m sure they’ve given their very best to their team and country.

1. Nick Knight – 17 Tests, 719 runs at 23.96, one hundred
Forty first-class centuries, including a top score of 303 not out and an average of 44.18 suggests Knight was a batsman who could clearly play. Unfortunately, this didn’t translate to the Test arena.

His was something of a Jekyll and Hyde career. He struggled at Test level, but played 100 ODIs and averaged 40, while striking at 129 in the 23 T20 games he played. English selectors and fans would have been disappointed his white-ball form didn’t translate across to Tests.

2. Barry Wood – 12 Tests, 454 runs at 21.61, no hundreds
Wood appeared to be the next in a line of outstanding English Test openers when he debuted against Ian Chappell’s 1972 team. He made 26 and an excellent 90 at the Oval, but unfortunately only made one more score over 50 in his next 19 Test innings.

Wood was not a big man and the words often used to describe his batting were courageous and fearless. He was still playing sub-county cricket well into his 40s and was a great success in one-day cricket with his deceptive bowling and outstanding fielding.

3. Wayne Larkins – 13 Tests, 493 runs at 20.54, no hundreds
Larkins played over 480 first-class games and scored 59 hundreds, but once again, his style did not translate well at Test level. In fairness, he played 14 innings against the immensely strong West Indies attacks and another nine innings against some very good Australian bowlers.

He was a crowd favourite because he loved to attack the bowling, but he was also a favourite of Graham Gooch. This seems strange because Gooch was quite conservative both on and off the field, whereas Larkins loved a beer and a smoke off the field.

One journalist described him this way: “He was a simple man of simple pleasures. Offer him a bouncy wicket, a hearty lunch and a few beers, and he was happy.”

4. Mike Brearley – 39 Tests, 1442 runs at 22.88, no hundreds
A person who knew little about English Test cricket players would wonder how anyone could play 39 Tests with a batting average less than 23.

The reality is Mike Brearley, the batsman with a strike rate of 29.79, and Mike Brearley, one of the best English Test captains, were almost two completely different people.

He captained England 31 times for 18 wins and only four losses. He had the amazing knack of getting the most out of his team, which probably made up for a lack of production from his bat. Brearley is the obvious choice to captain this side. 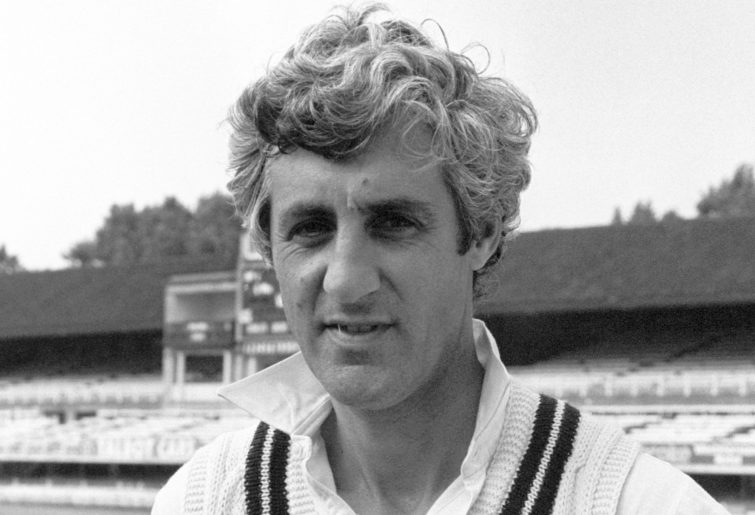 5. James Vince – 13 Tests, 548 runs at 24.90, no hundreds
At 29 years of age and still playing first-class cricket, Vince is the only player in this XI who might possibly improve on his current Test record, though it seems English selectors appear to be going in a different direction.

Vince was a seen as a hugely talented and elegant batsman from early on. He made over 1000 runs for his county Hampshire while still a teenager and many pundits thought he was going to be the next big thing in England’s middle order.

Perhaps Vince’s strength lies in white-ball cricket where he’s a player in demand for BBL and IPL teams. No doubt though, he hasn’t given up the desire to play Test cricket again.

6. Neil Fairbrother – ten Tests, 219 runs at 15.64, no hundreds
Neil Harvey Fairbrother seemed destined to play Test cricket from the time his mother named him. He’s yet another player who carved out a pretty good first-class career, averaging a shade over 41 and making a top score of 366. Sadly though, like many left handers, he struggled with the ball outside off stump and Test bowlers quickly picked up on this weakness.

He was a far better prospect in ODI cricket and was good enough to play for England in three World Cups.

7. Bruce French – 16 Tests, 308 runs at 18.11, no hundreds
If keeping wicket was the sole criteria, Bruce French would not be in this XI. He continued the tradition of fine English wicketkeepers, helping dismiss 39 batsmen in his short Test career.

The problem was with his batting and as his numbers suggest, he was certainly more of a tail-ender. Even his first-class average was only slightly better, though he did score two first-class hundreds. His Test career was limited, due to players like Jack Russell and Alec Stewart being that much better with the bat.

8. David Capel – 15 Tests, 374 runs at 15.58, 21 wickets at 50.66
Just as Australian selectors have been searching for the next great all-rounder in the Keith Miller vein, so too England has been searching for an Ian Botham type player. Capel was given plenty of opportunities, but he was quite simply not good enough to play Test cricket as an all-rounder.

He did manage two scores in excess of 50 including an excellent 98 against Pakistan in Lahore, but his bowling lacked penetration as a 95.2 strike rate would suggest. This no doubt sapped his confidence, so his batting suffered as much as his bowling.

Selected to play his first Test at the age of 22, Salisbury was perhaps chosen too early, before he’d had time to mature into a quality bowler.

There was no question he could turn the ball, but his issue was mostly his line (on or outside off stump) and his lack of disguised variation.

He never played a Test in Australia. It would have been interesting to see how he might have performed on the harder, bouncier tracks Down Under.

10. Eddie Hemmings – 16 Tests, 43 wickets at 42.44, strike rate 103.1
Unlike Ian Salisbury, Eddie Hemmings came to Test cricket relatively late, earning his first cap at the age of 33. He never cemented his place in the Test side and with John Emburey, Phil Edmonds and Nick Cook all in the mix, it was always going to be hard for Hemmings, given he was seen to be more of a containing spinner, rather than a wicket taker.

A high point in his career must have been the 95 he scored against Australia in Sydney in January 1983. His innings, coming in as a nightwatchman, helped England salvage a draw.

11. Paul Allott – 13 Test, 26 wickets at 41.69, strike rate 85.5
Allott’s first-class career – taking 652 wickets at an average just over 25 and a strike rate under 60 – highlights what a good bowler he could be in the right conditions. At Test level though, he lacked that yard of pace that might have been the difference between having a fair career or a very good one.

He did manage to take six wickets in a Test innings against the West Indies in 1984 with his victims including Desmond Haynes, Viv Richards, Jeff Dujon, Eldine Baptiste and Roger Harper. Unfortunately, the English second innings was not productive against Malcolm Marshall, Joel Garner and Michael Holding, and the West Indies were comfortable winners.

This English XI is full of talented players, just as the Ian Craig-led Australian XI was. All have represented their country at the highest level and while they might individually have wanted more from their Test careers, all must be immensely proud to have worn the English cap.