This article is Part 2 of my crossing analysis, and it breaks down crossing more to answer a few of the questions that popped up, including game state, home versus away, crossing effectiveness stats and player positions.

How does game state affect crossing?

Game state refers to the situation of the game – whether a team is winning, drawing or losing. Teams change how they play based on the state of the game.

This visualisation shows how crossing is affected by game state across each team in the A-League. 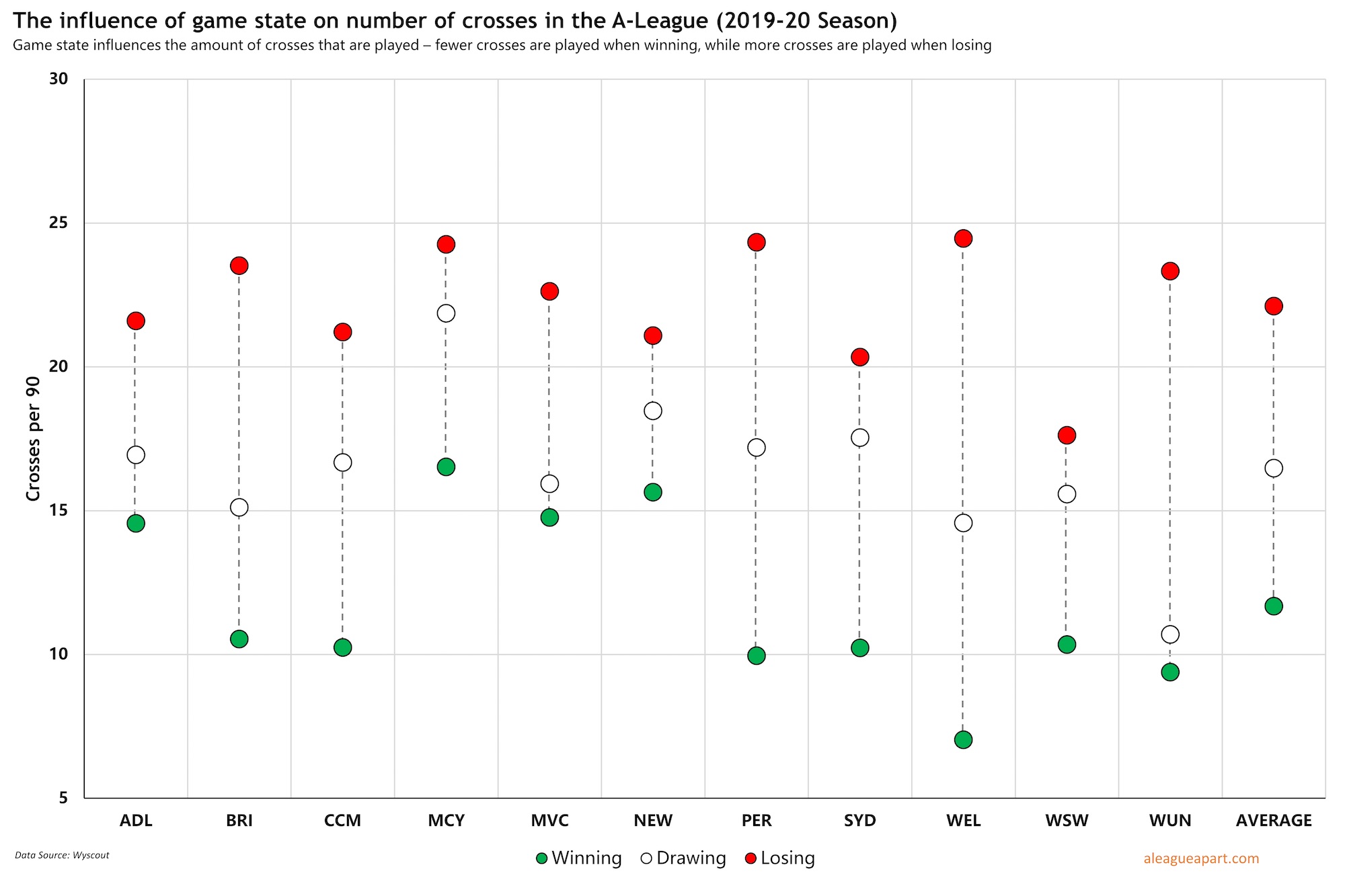 As shown in the visualisation above, teams attempt more crosses when chasing a game, and cross less when they are ahead. This is due to the effectiveness of crossing as a tool to both keep possession, as well as score goals – more on this later.

Additionally, when a team is ahead, they are likely to sit further back and defend more passively, inviting their opposition forward to play crosses. 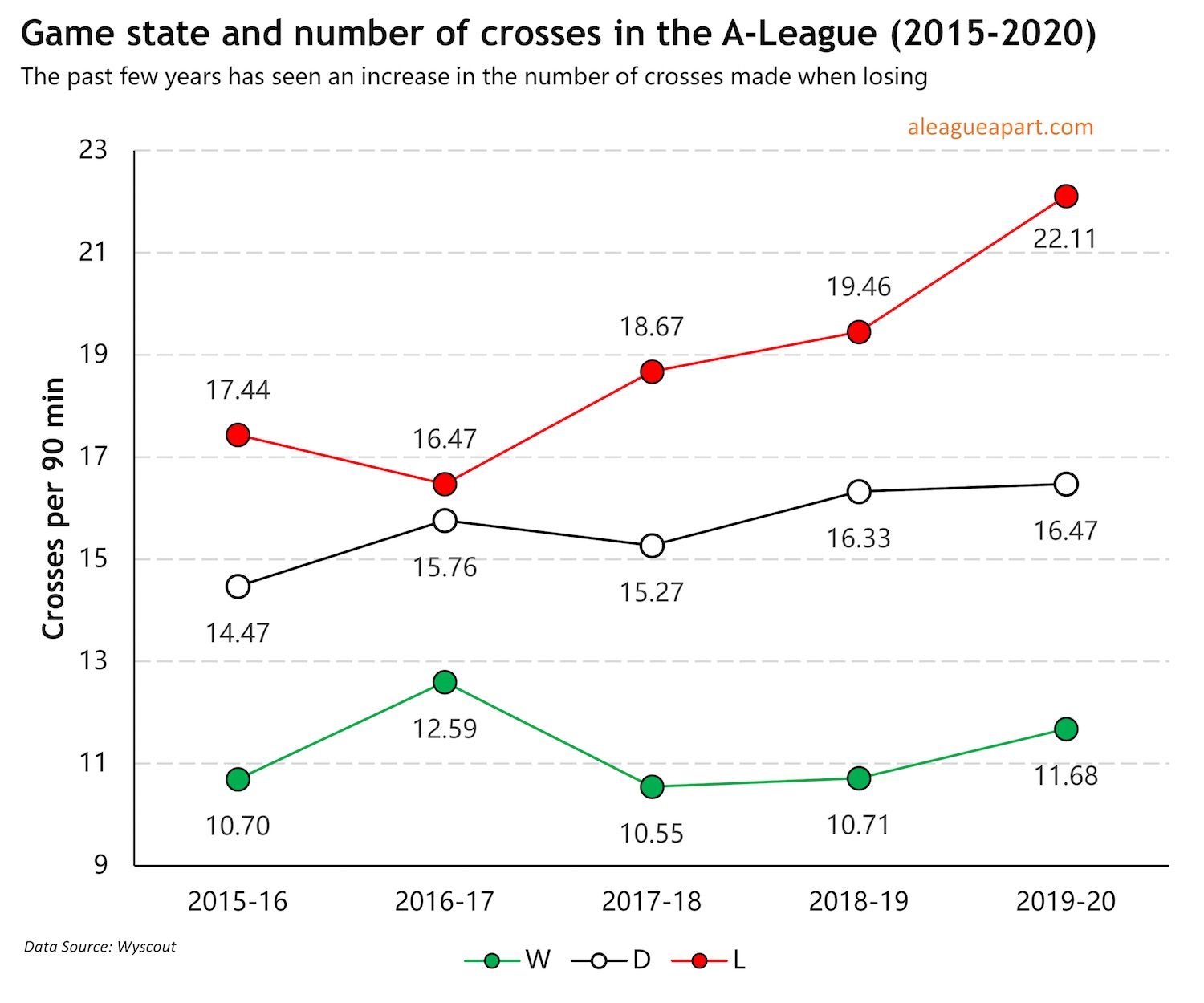 … and also in terms of proportions of total crosses. 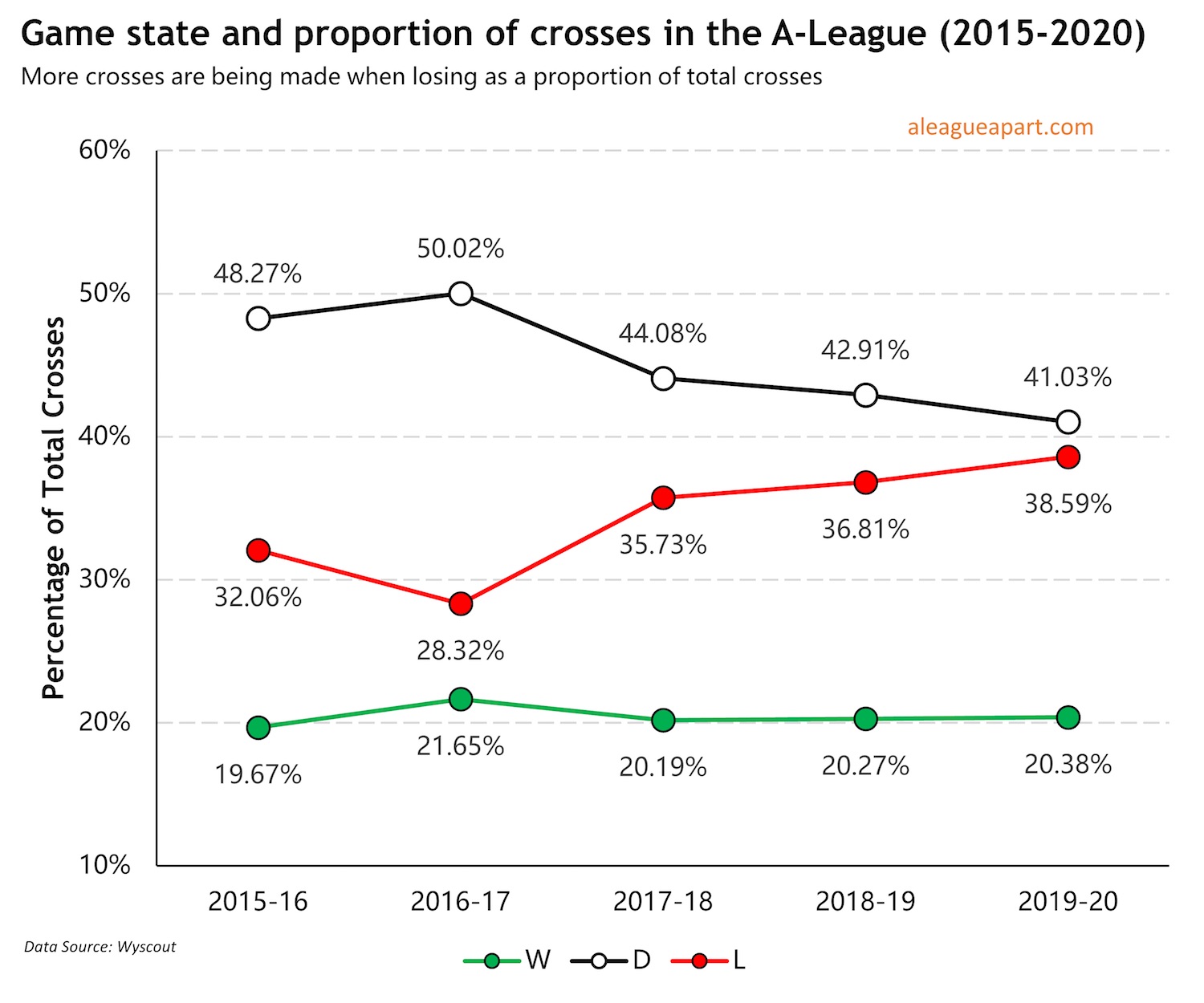 How does crossing behaviour change when a team is home versus away? 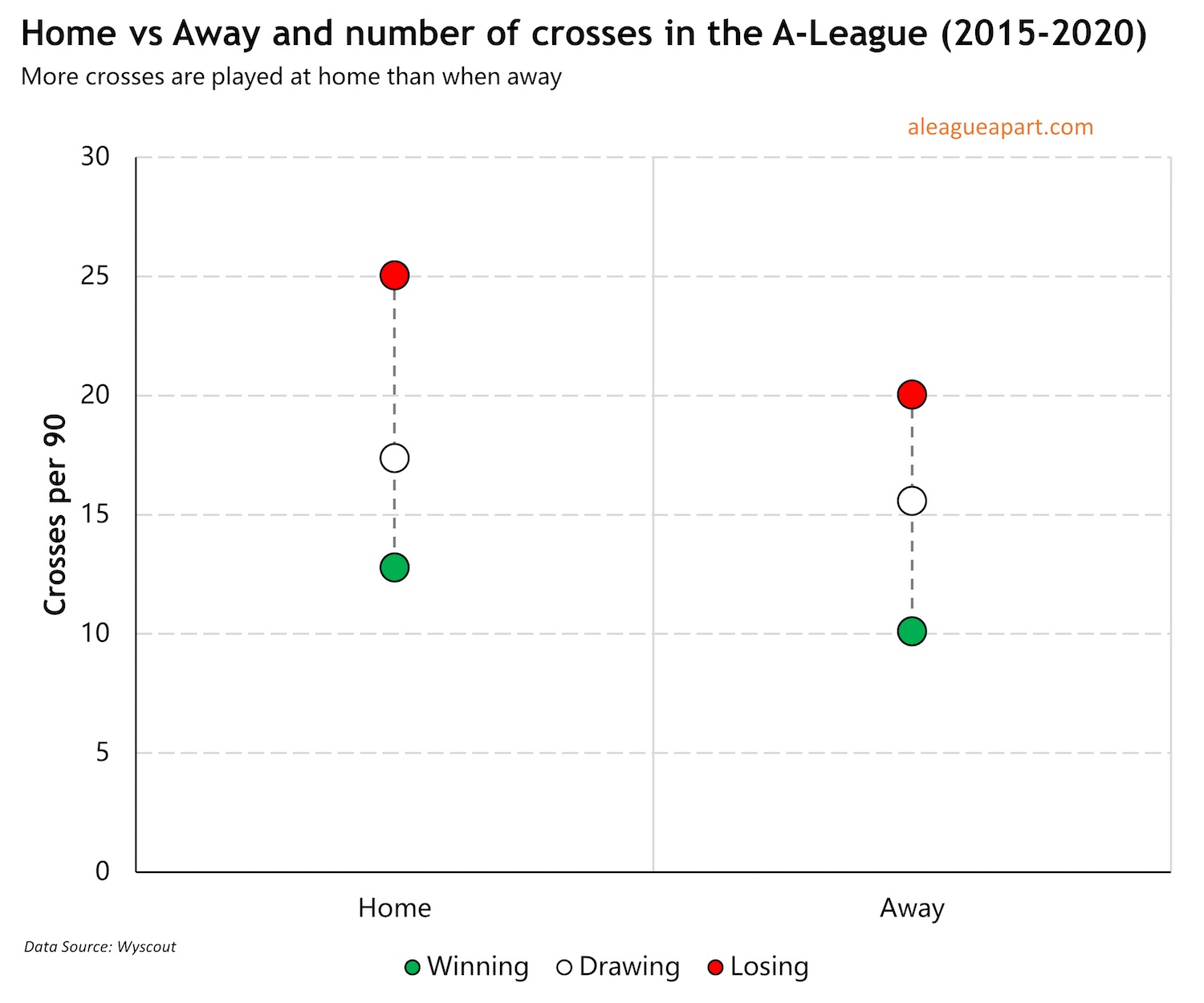 Overlaying both game state and home versus away data gives the following visualisation. 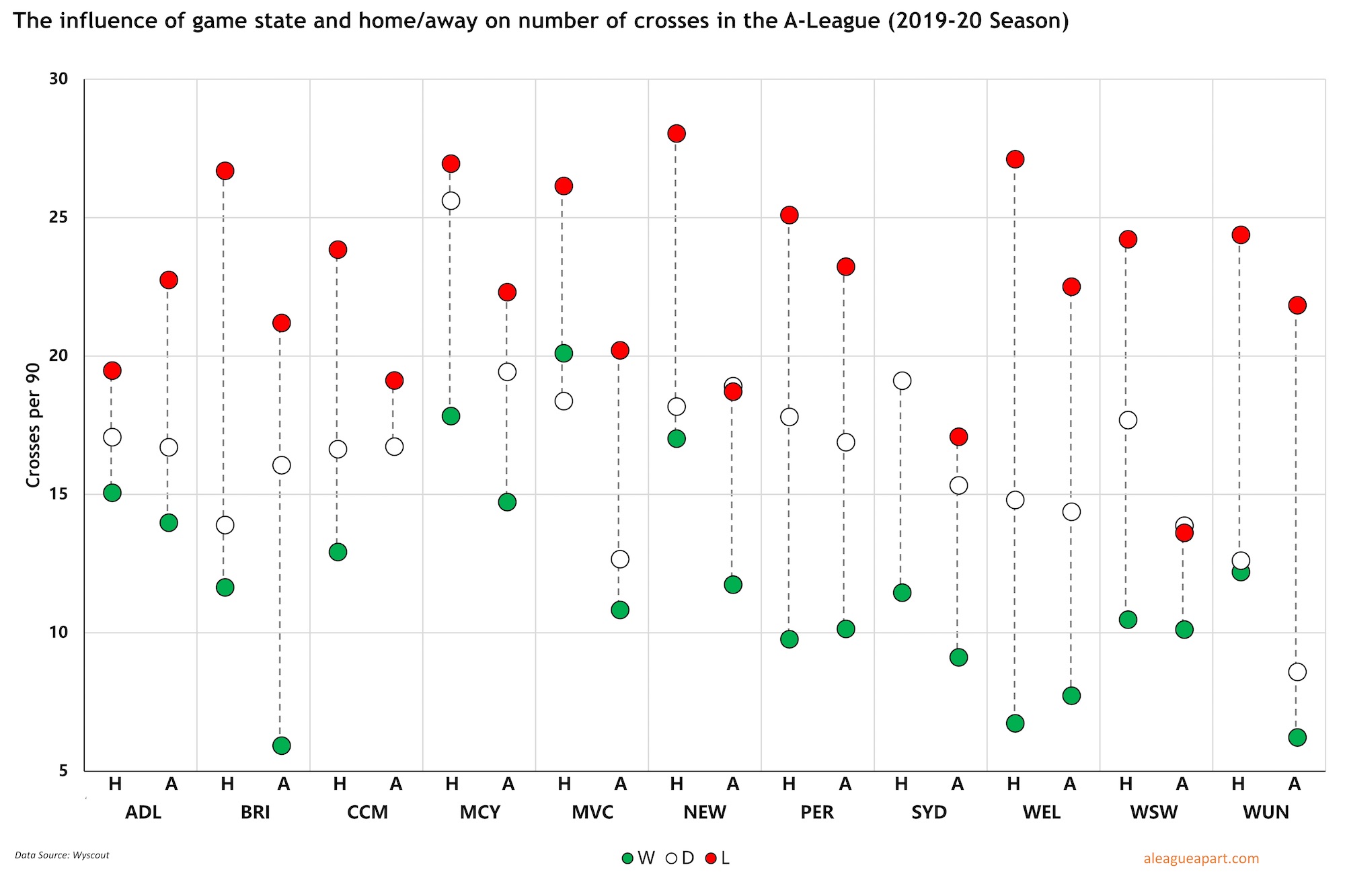 In general, crossing is higher when home than away, and also when losing than when winning.

What is crossing’s effectiveness in the A-League?

Crossing has been well documented to be quite ineffective – previous analysis has suggested that 1.2 per cent of crosses directly result in goals. So how are we tracking in the A-League? 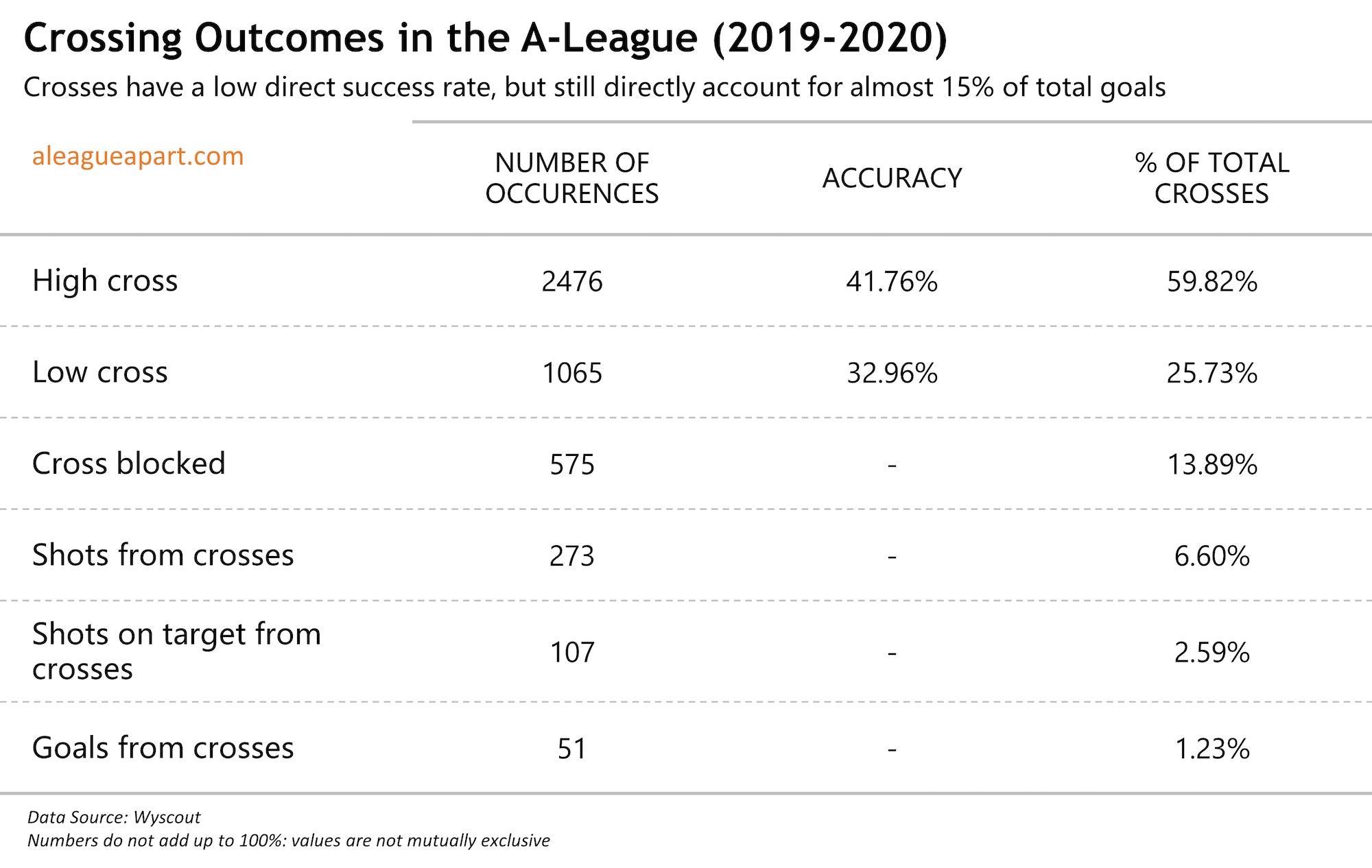 We’re right on the money – 1.23 per cent of crosses result in goals. This suggests that approximately one in every 81 crosses directly results in a goal. Two things to note on this.

One is that while crosses may not necessarily directly result in a goal, the crossing being played in can often cause confusion in the box, which in turn can result in a goal. Unfortunately I wasn’t able to source data in relation to this.

The other is that 51 goals represent 14.8 per cent (more than one sixth) of all goals scored in the A-League this season (344), which is definitely a significant source of goals.

Who is crossing the ball?

Surprisingly (or not surprisingly), fullbacks and wing backs attempt the most crosses. 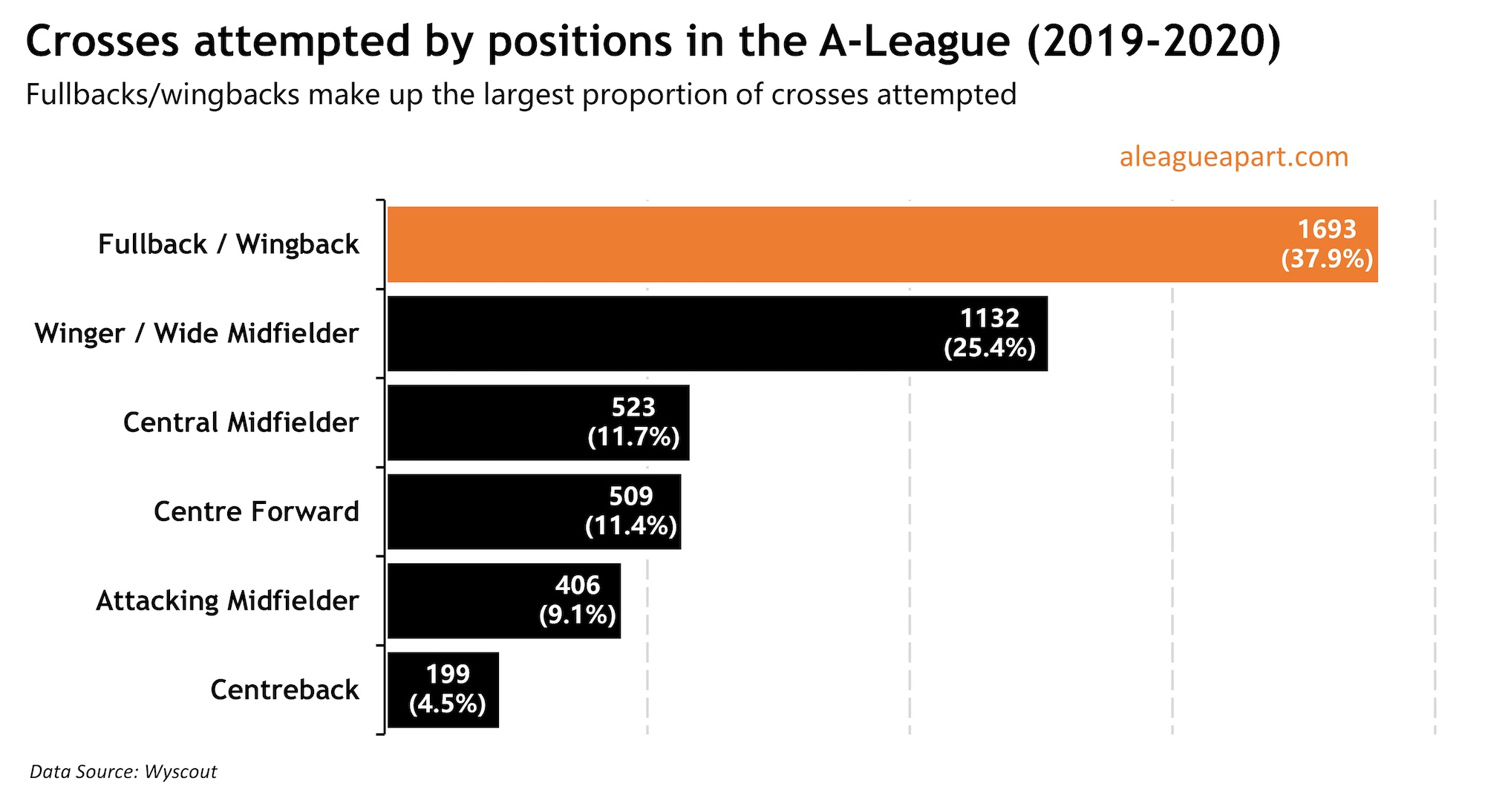 With the right data, it might be interesting to track trends to see how this has changed over previous years.

What a goal, and what a reaction from Ange! 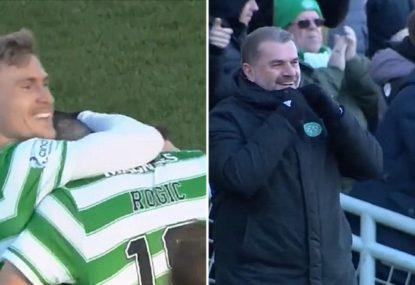