But when you look at the bigger picture, you’ll find out that this race was anything but a snooze fest.

Eleven finishers. Unreliability issues. Time penalties. And then some.

There are plenty of talking points from the Austrian Grand Prix to dive into.

With less than an hour to go until the race start, Lewis Hamilton was awarded a three-place grid penalty. He had been found to have ignored yellow flags in qualifying after Bottas went off the track in Q3.

Originally, Hamilton had not been given a penalty. However, after new camera angles of the incident were made available last night, Red Bull successfully appealed the decision and Hamilton was penalised.

Max Verstappen now started in second behind Bottas on the front row.

A promising start for Verstappen soon turned into anger at another mechanical problem, which forced the Dutchman to retire on lap 13. It was later revealed by Red Bull that it was a suspected electrical issue that brought Verstappen’s race to a premature end.

“It’s not how you want to start,” Verstappen said after the race.

“It would have been an easy podium but what can you do about it.”

Verstappen was not the only one to suffer car troubles.

Daniel Ricciardo became the next one to fall on lap 18 while Lance Stroll fell foul to a sensor failure on his Racing Point on lap 21.

That sensor failure led Mercedes to tell both Bottas and Hamilton that they needed to protect the car by staying off the kerbs.

This led to the two drivers holding position as the severity of the situation became clearer as the race went on. 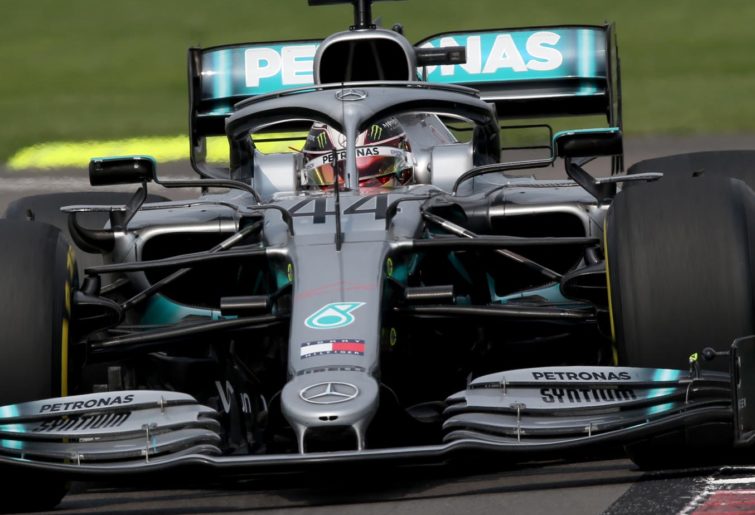 Other reliability issues included the brake failures suffered by both Haas cars with Kevin Magnussen and Romain Grosjean retiring from the race while George Russell pulled up at the side of the track on lap 51.

Sebastian Vettel had yet another spin in this race. This time, it came after a moment of madness as the German tried to go up the inside of Carlos Sainz at turn three from a long way back.

There was no move to be made and Vettel locked up and then spun, perhaps in an attempt to not make contact with Sainz. Either way, Vettel was facing the wrong way and was at the back of the pack with work to do to salvage some points.

An extraordinary incident occurred on lap 55 on the second safety car restart. The right front wheel of Kimi Raikkonen’s Alfa Romeo came clean off the car and the Finn was left stranded on the front straight. No other cars were involved.

Meantime, Alexander Albon was in a good position, making a move on Sergio Perez on the inside into turn three. The good times weren’t to last though.

On lap 61, Albon was trying to go around the outside of Lewis Hamilton at turn four but the two made contact and the Red Bull driver was spun around. Hamilton received a five-second time penalty for causing this collision.

Things went from bad to worse for Albon. On lap 68, it was all over.

Mechanical problems brought an end to Albon’s race. Red Bull were pointless and marred by the unreliability of both cars.

A consolation prize for Albon was that he was awarded driver of the day but that doesn’t make up for a lack of valuable points on the board.

Lando Norris was having a much better race, kicking off his sophomore season in style with his first ever podium finish in F1.

Yes, Norris’ third-place finish did come as a result of Hamilton’s time penalty, but the McLaren driver still put in a good effort to get his reward.

This included a superb move to get past Perez on the inside into turn three on lap 69. Perez left the door open and Norris seized the opportunity to get up into what was then fourth position.

By setting the fastest lap on the final lap of the race, Norris was able to get onto the podium by finishing within five seconds of Lewis Hamilton, who was demoted to fourth after his penalty.

Charles Leclerc finished second to finish an otherwise dreadful weekend for Ferrari on a high.

“I did not expect it,” said Leclerc.

“A huge surprise but a good one.”

Mercedes have asserted themselves as the top dogs this weekend in Austria. Not everything went right for them with some gearbox sensor issues being detected in the race and penalty decisions not going Hamilton’s way.

In general, though, they were ahead from start to finish and take an early lead in the constructors’ championship heading into next week’s Grand Prix of Steiermark, which will be the second race held at the Red Bull Ring this season. 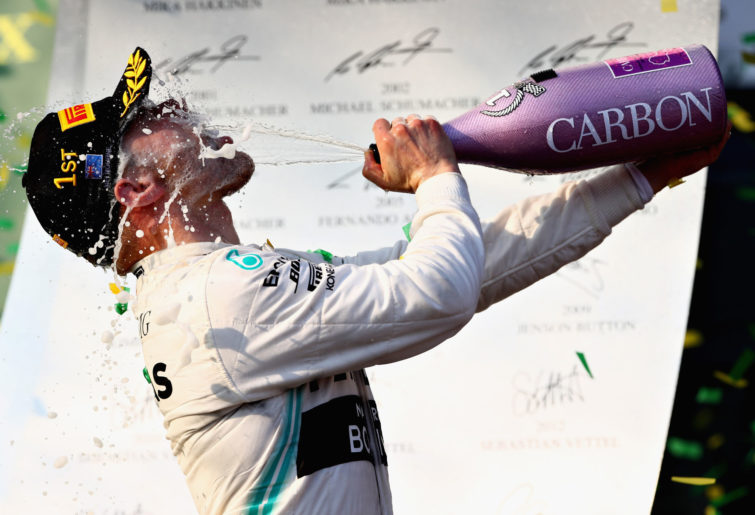 McLaren will be very pleased with their second place in the constructors’ championship, with 26 points on the board and a podium finish thanks to Lando Norris.

Despite Charles Leclerc’s podium, Ferrari have plenty of room for improvement. They were easily the fifth quickest team this weekend, a position the Scuderia have rarely found themselves in.

Racing Point suffered sensor issues on Lance Stroll’s car while Sergio Perez lost positions in the final stages of the race as he didn’t pit during the final safety car period, meaning his competitors were on fresher rubber.

After showing so much promise throughout practice and qualifying, Racing Point will be hoping that things will go their way next weekend.

An honourable mention goes to Nicholas Latifi, who finished his first F1 race in 11th. The Canadian rookie is still getting up to speed but managed to stay out of trouble so well done to him.

Next weekend’s Grand Prix of Steiermark is a unique Grand Prix as the Red Bull Ring becomes the first circuit to host two F1 races in one season. Hopefully, the same track will produce the same kind of race as the one we had on Sunday.

F1 is back and it’s as awesome as ever.