COVID-19 has sent the game into meltdown and caused all sorts of debate, even shutting down the season for over a month. We’ve seen changes at the top of the house – Peter V’Landys started his tenure as the NRL chairman while Todd Greenberg has left his position as CEO. But one common trend of 2020 has emerged and seemingly been more frequent than previous years.

However, this season has seen plenty of drama, controversy and rumours among fans, pundits and press alike. It appears almost every week after every round a coaches’ job is a hot topic of conversation.

At the beginning, it was Paul ‘Mary’ McGregor at St George before the board infamously at the time decided to back him. Dean Pay has seen his name and job security scrutinised for some time. Second-year Cronulla coach John Morris was mysteriously in the firing line.

Stephen Kearney was then sacked after a 40-12 loss to South Sydney which created heated debate. Not long after, it was Cowboys coach Paul Green and the man who cannot seem to escape the pressure surrounding his coaching role at the moment is Broncos coach and one of the names in the 2018 merry-go-round, Anthony Seibold.

With a coach’s job under the microscope and talk of a coach soon being asked to clean out his office comes the talk of who will replace him. This will be what this series will be about, the men that will be on coaching shortlists in the coming years.

These are the guys who’ve had their names attached to jobs at the moment, ones with NRL coaching experience under their belt, waiting for a second chance at an NRL club.

A Silvertails legend, captaining the club to the 1996 premiership as a player and winning a Clive Churchill medal, Toovs began his coaching career as an assistant to Des Hasler during Dessie’s successful reign on the Northern Beaches from 2004-2011.

He was then given the keys to the fortress of Brookvale in 2012 when Hasler moved to the Bulldogs.

Despite not winning a premiership, Toovs managed to guide Manly to the 2013 grand final and won 61 from 105 games during his tenure at the club.

He may also be remembered for famously demanding an investigation which made him somewhat of a legend for famous NRL phrases and quotes. Toovs knows about a controversial sacking himself, being infamously sacked by Manly in place of Trent Barrett following the 2015 season.

Geoff Toovey is a competitor. He is tough and doesn’t fear a challenge, and although his short time at Bradford wasn’t successful, it is a testament to the fact that Toovey loves a challenge and is willing to take things on, as Bradford were in the infant stages of a rebuild following liquidation.

He is still highly respected on the Northern Beaches. He is revered for his ability to inspire. While he is a hard-nosed, no-nonsense coach, he knows how to motivate his troops, which is just what some clubs need. And a premiership-winning captain instantly suggests an idea of what leadership and success is about. 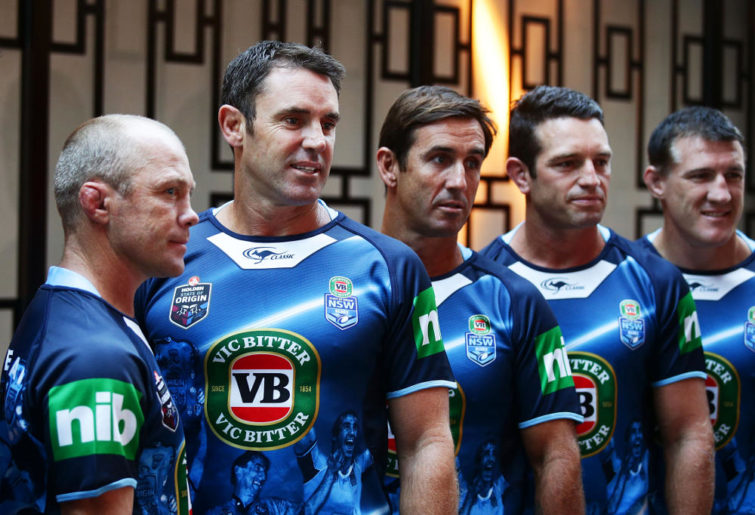 He has been working as a senior accountant in Sydney. However, the coach within him is still present, as he has recently been one of the headlined names to take the Warriors position occupied by interim coach Todd Payten as well as being linked to the Titans role last year.

One man familiar with a coaching merry-go-round is Griffin. He was the one without an NRL coaching role in the 2018 merry-go-round after being sacked six weeks out from the finals in the 2018 season with Penrith sitting firmly in the top eight. The Penrith contract that he was released from with pay was set to expire at the end of this season.

While the suggestion may raise the eyebrows of Broncos fans, Hook’s work at Penrith suggests he knows what a great team looks like. It’s one thing to have a great team of players. But it’s another to take that team into finals football.

While he was well-resourced with a strong junior’s system, Hook’s work at Penrith can’t be denied. Heis a man who knows how to work with fewer resources. He received the rare feat of Paul Kent’s praise in links to the New Zealand Warriors job.

However, while much was made of his relationship with Penrith’s former general manager Gus Gould, how he will work with the current Warriors owners will be something to watch. 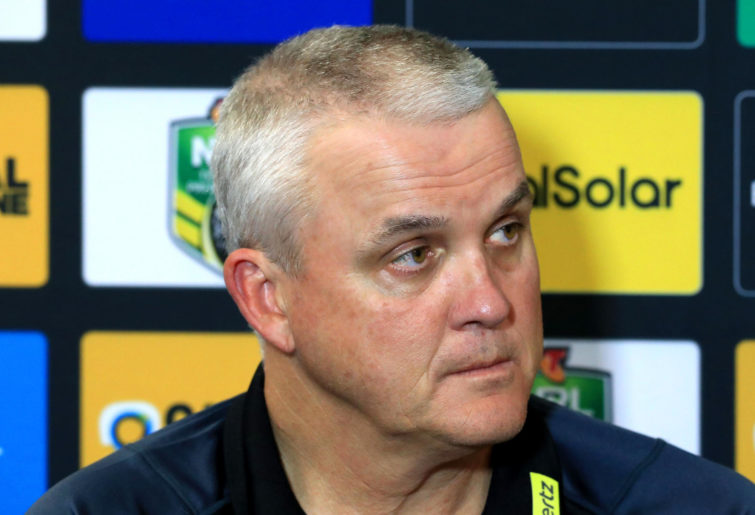 The one who Geoff Toovey made way for at Manly is one that sparks debate from many sides.

Was he too young? Was he in the wrong place? Was it the fact that Manly need a “Manly Man” to be in charge of their club? Was he really that bad?

Whatever the case, Trent Barrett’s time at the Silvertails may not have been as bad as one may have expected.

While 2016 was a disappointing year, and 2018 was a year that saw the club plagued with on and off-field drama and a majorly disappointing year for the Northern Beaches side, his work in 2017 taking the club to sixth wasn’t a season to scoff at.

Much has been said of Trent Barrett’s time at Manly, but he also has plenty of fans, particularly in the playing group.

With tactical knowledge and a rugby league IQ that is respected, he was able to jump-start Moses Suli’s now promising career, he also brought Curtis Sironen, Addin Fonua-Blake and Joel Thompson to the Northern Beaches, three key forwards over the last few seasons for Manly.

His man-management was second to none. This is testified by the backing for Barrett to have a bright coaching future by the Turbo brothers and the standing ovation from players, staff and supporters when he was brought to tears in his speech at Manly’s 2018 end of season awards night.

He is currently back where it all began as Penrith’s assistant coach. Can the man nicknamed Baz coach at the NRL level? With time at Manly under his belt and more time as an NRL assistant coach, it wouldn’t be ludicrous to say we might soon find out should Barrett be presented a second chance.

Despite the country being in the throes of World War II, Brisbane Rugby League grew stronger during the 1940s, with all six clubs winning at least one title during the decade. 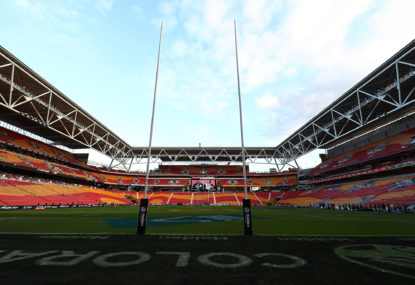 For the last ten or 15 years I’ve had a little hobby. It started off just fiddling around on my computer with jersey designs, branched out to expansion team designs and then eventually turned into what I would like the NRL to look like in the future.

Todd Payten has set his sights on coaching North Queensland after turning down the Warriors’ offer to lead the Auckland-based NRL club full-time. 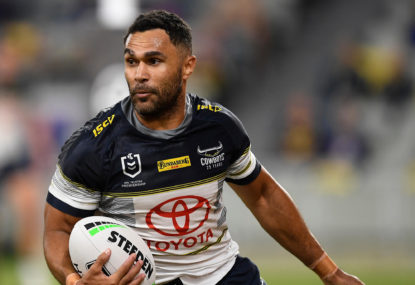