But Australia’s reliance on drop-in pitches has begun to make it easier for visiting teams to compete on even terms and is something that needs to be assessed going forward if Australia is to truly become the best team in the world.

With the majority of Australia’s cricketing venues becoming more multi-purpose in the age of requirement for facilities to be pampered to spectator comfort, many of these have reverted to growing and transplanting drop-in pitches at these venues to cater to the season and the sports being played during those seasons.

And while this may be a great thing for the winter football codes around the country, it is turning our cricket lifeblood to bland and repetitive contests because of the lack of variety in the wickets at these venues. 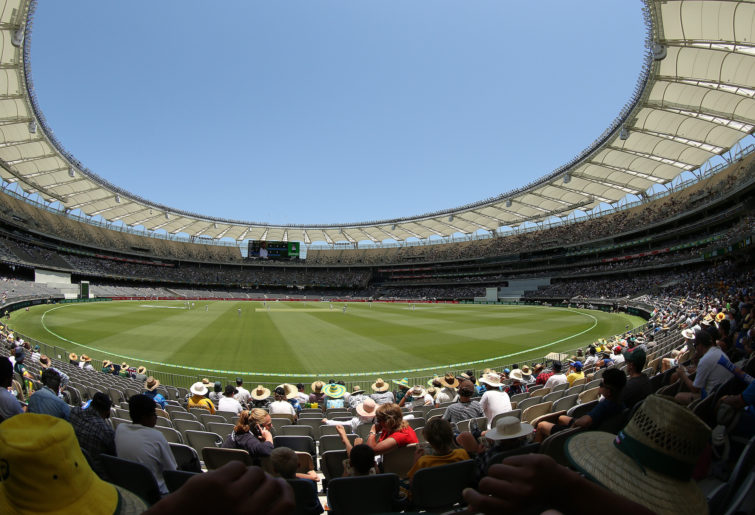 Optus Stadium has moved Test cricket in Perth away from the pacey tracks of the WACA. (Paul Kane – CA/Cricket Australia via Getty Images/Getty Images)

Add to this the need for high-scoring fixtures in the one-day and T20 arena, in essence to keep crowds and viewers happy so they will stay with the coverage and then tune in again next time, and the game of cricket can become as interesting as watching paint dry – something many people already believe to be true.

In the heyday of Australian cricket, when the Sheffield Shield was so strong that it was full of players who would have played 50 Test matches if only they had been born in a different era or in a different country, the reason our cricketers had so much success was because of the variety of conditions they had to play in.

Add to this the occasional Test in Hobart, where the wickets could be flat one season and green and spicy the next, and you had the perfect variety of cricket wickets in which to learn your complete trade as a batsman, a bowler and a wicketkeeper.

Because in those great days, they faced all of those conditions in their domestic cricket on an annual basis. And even if you play all of your home games in one set of conditions, you still had to be ready to prepare for all of those other conditions during the season when you ventured interstate for away matches.

Not only did this ensure that our own cricketers had a well rounded cricket education, ensuring that our batsmen could play in all conditions and that our bowlers could adapt to all varieties of wickets, it meant that for a team to tour Australia and defeat them, they had to pick a touring squad that covered all pitch and weather conditions.

A tough ask, as so many touring teams have discovered over the past 30 seasons. 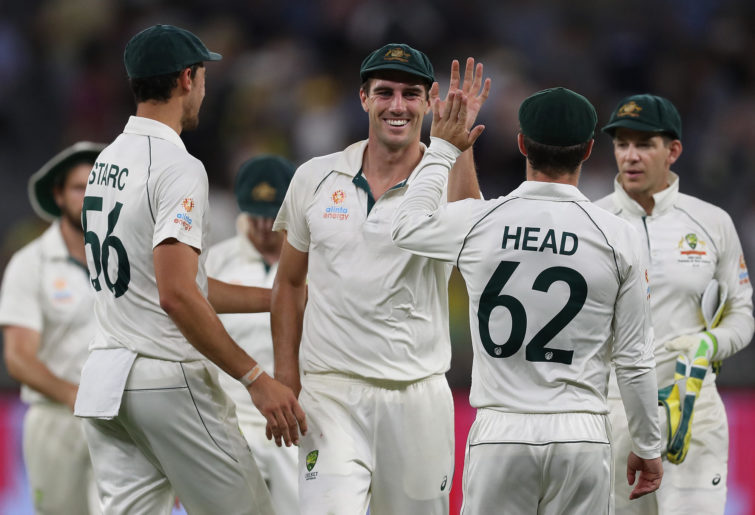 However, with the advent of drop-in wickets being used at the majority of these venues, those variety of conditions is being eradicated, and not only are the skills of our elite cricketers being harmed, the quality of the cricket being produced is also suffering.

Most of the wickets we see in this day and age appear to suit batting over bowling, an offshoot of ensuring that ODI and T20 matches produce a maximum of runs in the belief this is what makes cricket exciting. What it is doing is helping to destroy the balance between bat and ball, which is what the essence of cricket is.

This then bleeds into Test cricket, as wickets are designed to ensure the cricket goes to five days to maximise the money that is made from the game rather than ensuring the contest is exciting, and that both teams and their players have the opportunity to use their skills in a fair environment.

In the 1980s when the West Indies pace brigade dominated the world scene, it was fascinating to watch them on wickets at the Gabba and the WACA. And though they were able to dominate those matches, it was just as much fun to see them trying to do the same in Sydney where they often played without a spinner, and Australia won a couple of memorable matches against the tide of the series.

This is what made the Australian summer so wonderful – batsmen had to be good against pace and spin and swing, while bowlers had to execute their skills in conditions that helped them but as that were against them.

Australia needs to find a way to rejuvenate this scenario, to have the uniqueness of our venues revitalised so that all disciplines in batting and bowling are showcased in our Test summer.

To do so will not only help Australian cricket grow stronger again, it will give us a chance to enjoy all facets of the game again rather than bland cricket on lifeless wickets.