Will
Roar Pro
10th July, 2020
8
Join the conversation
Advertisement
Write for The Roar

Both players were scheduled to have scans done on those injuries on Friday in Sydney before the Cats’ extended squad, including Narkle and Duncan, were due to board a flight for Perth to prepare for a Western Australian hub, and successive games against Collingwood, West Coast and Fremantle at Optus Stadium in the next three rounds.

Scott, however, feels unfazed by injuries to those players, which added to key defender Tom Stewart’s broken collarbone injury a fortnight previously.

Narkle, Duncan and Stewart may all be automatic starters in Scott’s best 22 many times over than not, but Scott prefers to talk up the overall depth of his squad to cover those injuries.

“It is important to have a deep list,” Scott said after the Cats’ comeback win over the Lions, where they kicked nine consecutive goals to capture the four points.

“We are blessed to have a lot of players to pick from.” 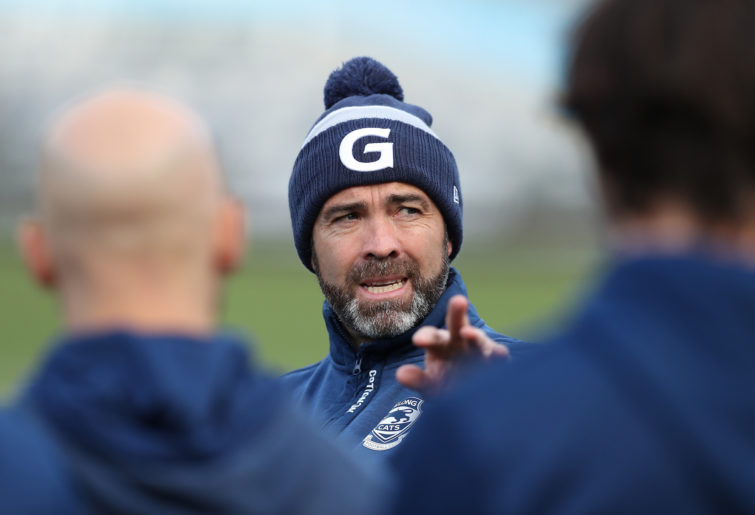 Scott is referring to, in his terms, an embarrassment of riches that he possesses at senior level, but also a host of players at VFL level that would have been playing reserve-grade footy had the VFL season not been called off due to the COVID-19 pandemic.

Scott has so far resisted the temptation to utilise journeyman key defender Lachie Henderson to help cover for Stewart. Up to this point, the likes of Mark Blicavs, Harry Taylor, Jack Henry, Jed Bews, Jake Kolodjashnij and Mark O’Connor – all regular starters for the last couple of rounds – have just been given added responsibilities in lieu of Stewart’s absence.

And in the case of Narkle and Duncan, the coach’s options are a bit more varied:
• Give Sam Simpson, who led all players with 27 possessions against the Lions, another deserved run against Collingwood, at the very least. It’s no more than last year’s Cats VFL best and fairest deserves.
• Jack Steven, who was “managed” against Brisbane, could get a recall.
• James Parsons, who has impressed in his odd recalls with 26 goals in 35 games at senior level, could be a ready-made replacement for either player.
• Nakia Cockatoo, with his pacey style, could be a straight swap for Narkle alone.
• And Charlie Constable, the rangy, 192-centimetre midfielder, kicked five goals in a handful of matches in his 2019 debut season.

But Scott may have to make a host of “squad system” decisions in order to regularly shuffle his squad, which could be facing as many as seven games per club within the Perth-based hub and elsewhere in a 32-day span, if the AFL’s alleged plans for cramming games into a short calendar are to be believed.

Granted, any of the football competitions around the world – as Europe’s top domestic leagues spring immediately to mind – have had to deal with fixture congestion for years within the modern generation. But potentially, the AFL may be doing the radical action by staging games every day of the week in order to maintain a balanced fixture list that was initially revised when the league started to emerge from the layoff from the pandemic.

Nonetheless, even with an unprecedented glut of fixtures said to be on the horizon, Scott has praised the depth of his squad as something he can depend upon.

“Sam Simpson has been just on the edge of our team for a long time, and there’s a fair group of them, actually, through no fault of their own have found themselves out of the team,” said Scott.

Scott paints the image that his club has an embarrassment of riches in the way of players who are champing at the bit.

“It gives us great confidence that Sam [Simpson] could come in and do a job and I think there will be others over the course of four to six weeks that will do a similar thing. That’s our hope, anyway,” Scott added.

Scott also believes, in a big-picture viewpoint, that having to spell players for injuries and manage others in a congested fixture list just runs a par-for-the-course mentality in 2020.

“This is a year where we have to take a step back and accept that there will be some challenges – not just in footy, but in society as a whole,” said Scott, who will be prepared to roll with the punches over the next several weeks of a season that keeps being rebooted and revised.

Given the current circumstances footy finds itself in, the unpredictability of teams winning or losing games of footy has never been higher. You only have to look at the shock loss of the GWS Giants against the struggling Swans, which was described as a hopeless performance by star Giants midfielder Stephen Coniglio, to realise that […] 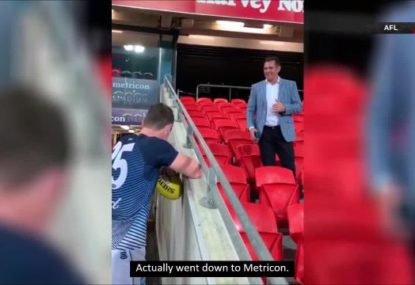 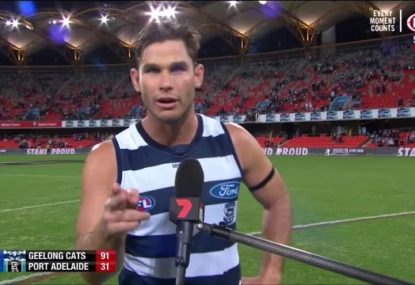 Great news everyone! We have finally arrived.