Scoring 204 on that pitch with the Windies 1-57 in reply suggests Ben Stokes’ men might have posted a subpar score.

Much was made about the lack of match practice for both sides in the lead-up to this game and perhaps some of the English dismissals could be put down to rust. Though in fairness, the entire West Indies attack bowled with real purpose, pace and genuine aggression.

In order to resume Test matches, the ICC relaxed its rules about home umpires officiating in Tests, which has allowed two excellent English umpires, Richard Illingworth and Richard Kettleborough, to officiate.

Umpires, like cricketers, need game time so they can get their eye in. It’s a difficult task trying to gauge LBW decisions, for example, when you’re not accustomed to the speed of the bowlers, the line of the ball and the amount of lift the ball gains once it’s hit the pitch.

I was thrilled when the ICC gave the go ahead for home umpires to officiate in Tests involving their country. There are some outstanding umpires on the elite panel and the two umpires in this game are up there with the best. Sadly, though, the first two days have not exactly been a sparkling advertisement for keeping this system in place. 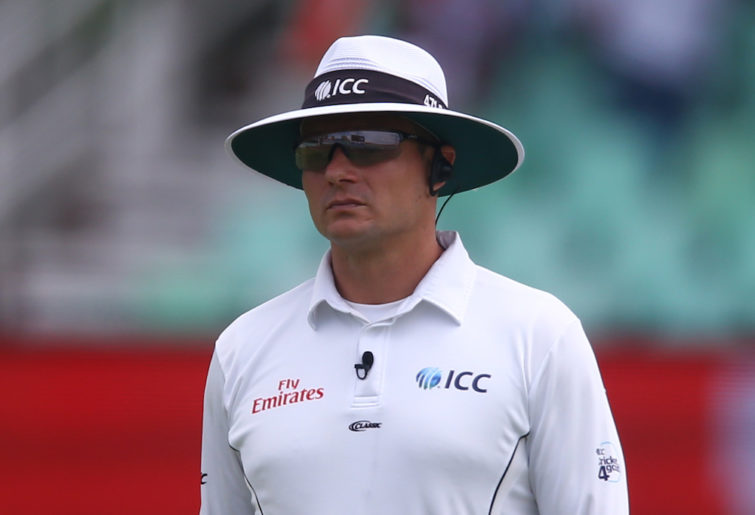 There were six questionable decisions both umpires made across the two days of play so far and all initially went against the West Indies.

The issue of so many decisions being questioned doesn’t raise the spectre of bias, but of competence, which comes back to the point about umpires needing match time themselves, so they can get in form and make more and more correct decisions.

The decisions against Campbell may have cost the West Indies a review. The first decision was given not out because the ball pitched clearly outside leg stump, while the second decision saw the ball clearly going over the stumps. This may have caused Campbell to use a review for the next decision, when the ball was going to hit leg stump half way up.

The past two days have been extremely difficult for the umpires, with rain delays and conditions that have allowed the ball to do plenty. Throw in their lack of games to officiate and it’s no wonder they’ve had so many calls reviewed.

It’s hoped they have a better time of it over the next three days. I also hope the ICC keeps these guys for the next two Tests because replacing them will only introduce other umpires who have the same problems – no recent time in the middle.