Seeing this in the cricket section of the website, no doubt most will expect the topic to be BBL, more Test nations, or the woefully inadequate World Cup. Usually expansion articles are about expanding footprints, finance, growth of the game and so forth.

This one is not. It would cost money if implemented. It would not add to media rights, grassroots player base or most other commonly used metrics – but maybe it is time to consider from a player pathway regardless.

Should the ACT be added to the Sheffield Shield, and as a result the List A Cup?

Those of a certain vintage remember the Canberra Comets playing three seasons in the List A competition. It wasn’t a success on or off the field. A part-time team against full-time sides struggled to draw the necessary imports to be competitive even then.

The days of playing in a men’s interstate competition with players on part-time contracts are now surely gone, so any move has to be to immediate full Shield status. That contrasts with Tasmania’s entry, where they were in the limited overs competition for years before winning it and getting part-time Shield entry. Tasmania only gained full status in 1982-83.

And Tasmania is probably the best comparison. That state, with only a slightly larger population, no surrounding catchment, and three distinct population bases as opposed to one single centre has produced a few cricketers of note since joining the Shield. Certainly more than population alone would suggest. And Tasmania has won the Shield a few times as well.

Like Tasmania, the ACT would need to be supplemented by a strong dose of interstate imports. That is not the issue it was back in the day either. With cricket being a full-time job at state level, players are much more willing to move state than they were in the day.

Having a single centre, rather than three (Hobart, Launceston and the north west) and developing players from junior ranks right through may allow the ACT to develop players on a more consistent basis than Tasmania has. That doesn’t mean a new Ricky Ponting is around the corner in Canberra, but perhaps more players on the fringes of national team selection can be developed quicker both from the ACT and imports from the states.

There is the question of how many teams are ideal before the talent is too diluted. Looking at the players who are either moving on or without a contract this year alone, Peter Siddle is moving to Tasmania, while James Faulkner and Nathan Coulter-Nile are among the uncontracted.

Admittedly, it may have been better in the 50-over game than the unlimited-over game. For the talent dilution, there is also the benefit of the level of coaching available to help mitigate that gap over time.

The available batting may be a bit thin, both available in the ACT right now and with those not getting a full run in state sides. However, it may provide opportunity to younger players who are in and out of their current state sides depending on the availability of international players.

There are of course other potential downsides to be considered. 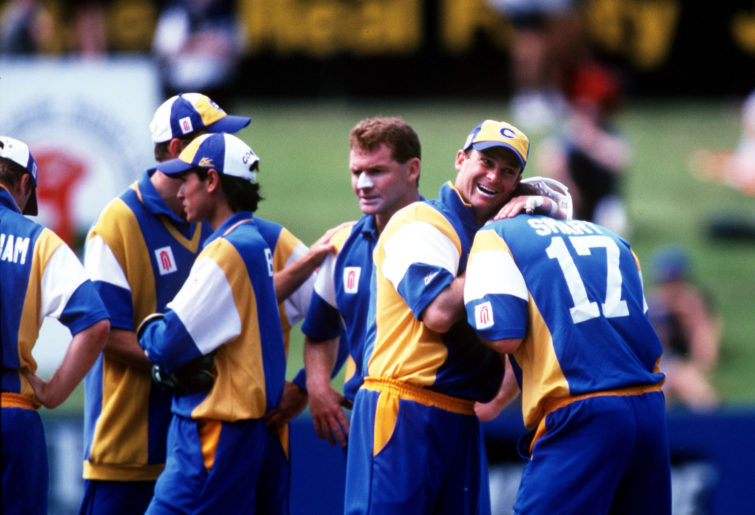 Will we see a return of the Canberra Comets? (Credit: Stuart Milligan/ALLSPORT via Getty Images)

The ACT’s team in the second XI competition hardly sets the comp on fire. The step up would be difficult for at least the first few years.

With the BBL taking up so much of the calendar, is there even time to move the Shield to a 12-game, 14-round competition?

How much would it cost financially? A Shield team is not going to be able to pay for itself but has to be seen as investment in talent. It’s not practical, either from an administrative and player contract viewpoint, to start this year, and with CA’s potential financial issues post-COVID this coming summer, the extra expense would not be countenanced. Existing competitions may be curtailed. Adding extra teams is not going to be considered right now.

The venue is sorted, although there is no second first-class ready venue. That lack of a second venue is also true in Tasmania, and until recently was in Victoria and Western Australia as well. Philip Oval is sometimes used for the WNCL and second XI games, which the ACT first XI plays in.

There is little chance CA would look at anything except BBL expansion, as the focus is clearly on money ahead of sport. But from a player development and strength of cricket point of view, the question of whether it stacks up is an open one.

A few years back, I would have said not. Now, I’m genuinely uncertain.

Perhaps we need to see what player movements there are in the next couple of years, and how often a seemingly good player is held back by lack of opportunity for their state.

As for the ACT actually winning a Shield? Well, it took Queensland nearly 80 years starting in a four-team competition (no WA or Tassie), producing and nurturing some greats along the way. Tasmania took about 25 full-time years. So don’t expect the Shield to be sitting on a trophy shelf in Canberra any time soon, even if admitted.