The review was given the name Aratipu, the loose English translation of which is growth, regeneration and invigoration.

The report is due to be presented to NZ Rugby’s board of directors this week, with early media reports suggesting that for the 2021 season, the preferred option is for an eight-team professional competition, comprising New Zealand’s five franchises, plus three from Australia.

This outcome would confirm the Australian-English translation of Aratipu to mean stunting, withering and subservience.

The situation highlights the need for both nations to remain aligned. But it also demonstrates how difficult it is to find a solution that adequately serves their individual domestic circumstances and needs.

SANZAAR’s Super Rugby and Rugby Championships have served New Zealand rugby grandly. It has allowed them to contract 200 professional players annually, have them tested against the best players from three of the world’s strongest nations, and enabled the ongoing strength of the All Blacks. 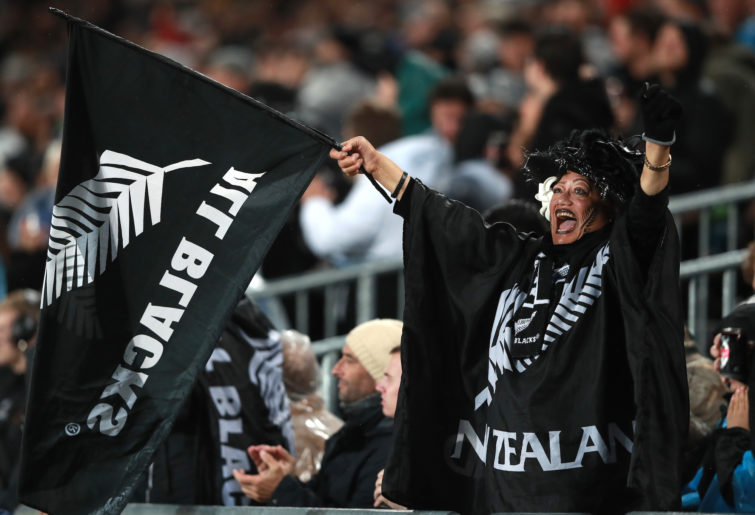 It has satisfied local fans who enjoy the international aspect but also crave the epic local clashes they are regularly served up. It is the best of both worlds, diminished only by a slide in the quality of South African and Australian Super Rugby opposition, a result of them increasing the number of teams, and by player drift northwards.

COVID-19 has forced a rethink. With northern hemisphere rugby also experiencing upheaval, and South Africa caught uncomfortably with a foot in one camp and an eye on the other, the official line is that it will be business as usual for SANZAAR.

Or in the case of New Zealand and Australia, where if we ignore the laggard Victorian state for now and assume that some kind of practical travel bubble will be established by next year, every pair of men for themselves.

In that context, the Aratipu recommendation for an eight-team competition is only as good as NZ Rugby’s ability to sell the idea to their Australian counterparts. If they can’t do that, what is the point of conducting an internal or domestic review, of which an important part demands the acceptance and compliance of an international partner, who happens not to be involved in the process?

On the face of it, New Zealand’s position is understandable. Super Rugby Aotearoa is proving to be a wonderful tonic for rugby starved fans. But it is no long-term solution. The New Zealand economy is too small for any professional domestic solution to adequately serve their interests.

They need a rugby partner. One that, under COVID-19, is accessible. Australia.

Trouble is, earlier this year, senior administrators privately described the situation around Australian rugby’s instability as a “clusterfuck”. No argument there.

They would also be aware that, despite some levelling of the Australian ship – financial re-set, start of Super Rugby AU, appointment of new CEO and chairman – there is still potential for things to head further south.

September 30th looms as a critical date, with the existing player agreement due to expire. Rugby Australia is in no position to revert to paying full salaries, and there remains the potential for the group of disaffected ex-captains (remember them?) to hijack this process, and try to force Rugby Australia into insolvency. From there, who knows what would happen?

But partnerships flourish when each partner offers up what they have to create something greater than the sum of those parts. That is not the same thing as one dominant partner picking the eyes out of the other to add to and improve their own lot.

Rugby Australia’s chronic issue is that it has never solved – or even truly attempted to solve – its domestic conundrum. Constructing five New Zealand franchises from all of their established provinces was a luxury Australia can only look on at with envy.

By comparison, how do you grow rugby across Australia if most of the history, tribalism, playing population and political self interest is concentrated into two and a bit states? Where there is no clear consensus about where club rugby and provincial/state rugby sit relative to each other?

Professional franchises have been established in Perth and Melbourne, the success of which might only be judged in the long term through a widening of the professional player base and growth in junior participation.

But for now, in the midst of the first generation of professional expansion, there is mostly pain and scorn. Super Rugby was given to Western Australia then taken away, and there has been a sustained period without success for these and other Australian franchises. 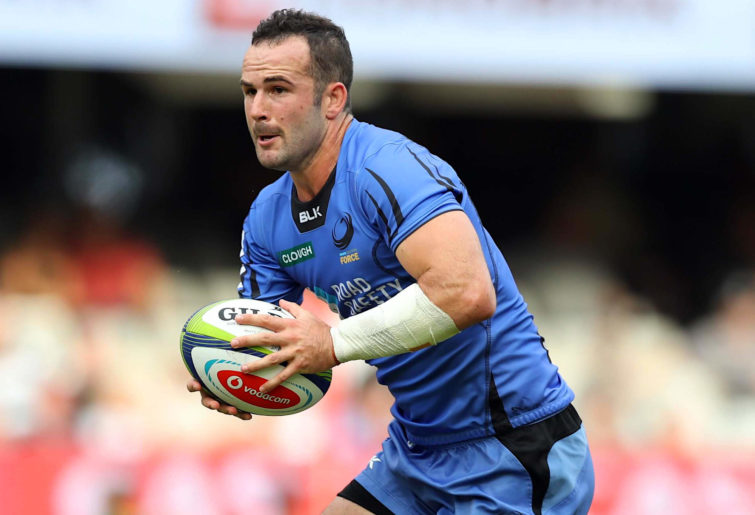 Short-termism is a phenomenon of our times. If we ignore the long-term objective to increase Australia’s rugby footprint, and focus on today only, distilling things down to their simplest, Australia seemingly can’t support five or even four franchises.

But all things come and go in cycles and the remarkable Crusaders aside, all rugby franchises experience ebbs and flows. For example, anyone establishing an elite competition in recent years, picking franchises on merit, wouldn’t have touched the Blues with a barge pole.

It is baby steps to be sure, but after the depths of two years without any victories against New Zealand franchises, two Australian sides have won across the Tasman in this aborted season.

There is fresh talent emerging, and even if it is true that Australia’s most recent cohort of professional players haven’t got the job done, and Friday night’s game between the Rebels and Reds was a stinker, is that sufficient reason to deny the next wave their opportunity?

As much as Andrew Forrest has been a saviour for rugby fans in the west, Global Rapid Rugby has never been an actual competition and due to the impact of COVID-19 still isn’t a competition, and isn’t likely to be one in the foreseeable future.

It makes no sense for those players, and West Australian rugby, for them to be cast aside once again.

Encouragingly, Rugby Australia chairman Hamish McLennan gives every indication that he has no intention of doing so, and is prepared to work collegially with Forrest.

Waratahs coach Rob Penney was on the money last week, explaining: “If New Zealand don’t get positive around the relationship they have with Australia, that is their loss. They probably see themselves in a powerful bubble, which they have done for a number of years. So be it.”

None of which is to claim that a wholly domestic solution is a desirable outcome for Australia either. It isn’t. It won’t attract sufficient broadcast revenue, and will cause the same problems for Dave Rennie that Jamie Joseph is so concerned about in Japan.

It is critical for the success of the Wallabies that Australia’s best players and coaches be continually tested against the best. And that the pool of players and coaches isn’t further diminished, just because it makes a competition more interesting for New Zealand viewers.

So what happens when the irresistible force meets the immovable object?

Perhaps there is an opportunity for both nations to stretch beyond their instinctively conservative thinking? If New Zealand doesn’t believe Australia is strong enough to support five teams, why not allow Australian franchises to draft a capped number of New Zealand players?

Two or three per franchise? On the condition that their national eligibility stays with New Zealand? That way, a few more New Zealand players get exposure to a higher level of professional competition, and it helps equalise the competition, strengthening the franchises without blocking the pathway for genuine young Wallabies contenders.

After SANZAAR’s broadcast partners insisted upon urgent re-engineering of Super Rugby in 2016, it was New Zealand who led the charge and demanded Australia cut a franchise. Four years later, the Aratipu report seems to be saying the same thing – if you want to play with us, you must be worthy.

The difference today is that McLennan’s hand is far stronger than when Cameron Clyne and Bill Pulver had no choice but to roll over. The worth of Australia and New Zealand to each other is not simply a current, on-field, franchise-versus-franchise measure. It is a holistic, broader ranging concern.

If it all comes down to brinkmanship, McLennan holds two potent aces. No matter how powerful the New Zealand rugby bubble, he knows that they still need Australia. He also has a juicy carrot in the form of a potential pool of 2027 World Cup matches to dangle in front of his counterpart.

Also, nobody yet has any idea what the future will be, when rugby finally escapes COVID-19. It would be madness for Rugby Australia to accede to New Zealand’s wishes to exclude one or two franchises, and in the process, inflict more pain and damage internally, all for a competition that might only last one season.

For a side that has had little top-flight rugby, the Western Force showed remarkable cohesion on their way to a 14-0 lead over the Waratahs at the SCG on Saturday night. But once the home side decided to play more directly, they strangled the Force out of the match, scoring 23 points without answer.

After a disappointing Rebels versus Reds encounter the night before, this was an enjoyable match, marking a worthy re-introduction for a Force side that should improve as it adapts further.

The 18-18 draw at Brookvale probably stung the Rebels more, given they were in a winning position entering the final few minutes. Kicking the ball away was bad enough, but two loose kick-chases compounded the error. Full credit to James O’Connor, Chris Feauai-Sautia and Alex Mafi for being good enough to take advantage.

This match also threw up further question marks around Australia’s new law variations. Reece Hodge nailed a 50-22 kick in super time, but yet another lineout snafu killed off the opportunity.

Once again, the message for Australian rugby is that no amount of law tinkering will make the game more attractive if the players can’t execute core skills.

As for super time? Leave me out of that one too, unless it’s required for a finals series. A draw is a valid result, and there is nothing appealing about two sides playing ultra-conservatively for an extra ten minutes, hoping that the referee might decide things for them.

The Blues did themselves and their fans proud in Christchurch, but when the Crusaders take things up a notch, it’s a big notch. Down 15-9 after Rieko Ioane’s powerhouse try, Richie Mo’unga’s response was audacious and brilliantly executed – a quick kick-off and regather that seized back the initiative for his side.

In Wellington, TJ Perenara won the battle of the halfbacks over Aaron Smith; one try each, but Perenara skinning Smith for his would have been supremely satisfying. The Hurricanes remain in the hunt, but it’s hard to make a strong case for them, based on what the Crusaders and Blues showed the night before.