Judging by the title you may assume I’m another person about to complain about the AFL hubs.

Yes in a sense hubs have completely changed the overall landscape of the season, but it’s the only way for the season to continue. Plus with almost every team experiencing the hub life it hasn’t compromised the season as much as we all expected.

To me what’s altered the season is the current holding the ball interpretation.

When Hawthorn coach Alastair Clarkson called for a change, the umpires were quick to adjust and soon players were getting pinned just for taking possession.

Without any sort of official rule change, ‘prior opportunity’ suddenly went out the door and players were giving away free-kicks immediately if they weren’t seen to have a ‘genuine attempt’ to get rid of the footy.

The new interpretation is far too strict and players are getting pinned for holding the ball free kicks despite having no prior opportunity or a way of legally getting rid of the football.

This was brought in as the AFL’s way to clear congestion and move the ball a lot quicker. However this new rule has everyone questioning, do we want the players to take possession of the ball?

The way it was officiated over the last two rounds the answer has to be no.

The most concerning thing is it’s almost more beneficial to hack kick the footy on the ground to gain territory, as whenever anyone picked up the ball they were at risk of giving away a free-kick on the spot.

A sport that penalises players for picking up the ball has already been invented and although the AFL is constantly trying to globalise the game, turning it into soccer won’t do that.

Overall I have two major issues with how the new interpretation was used.

My first complaint is the fact that it lacks consistency.

I can’t even come close to understanding why in different games the umpires interpret the holding the ball rule in a completely different way.

During the games played between Thursday and Saturday it was clear the umpires were going to pay the free kick any chance they got and prior opportunity may as well have been non-existent. 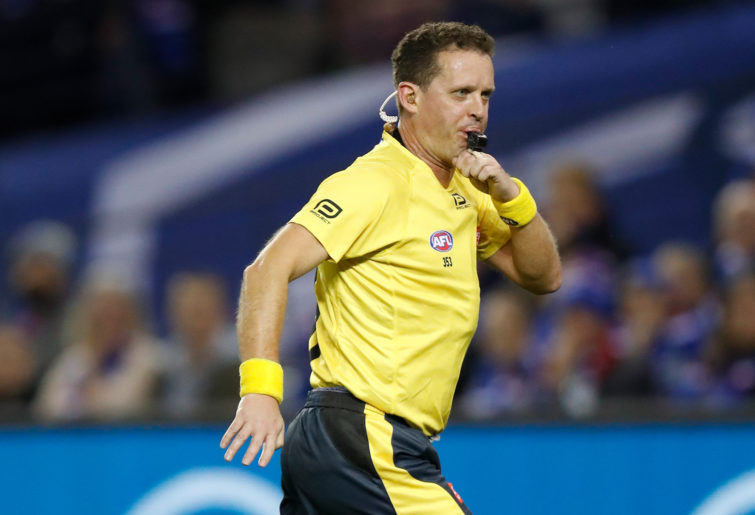 However on Sunday the officiating was completely different and free kicks that were being paid less then 24 hours prior were no longer handed out.

Of course every game comes with a different set of umpires which means consistency with most of the rules is hard to come by.

That being said, the discrepancy between the Sunday games and the rest of the games was far too big, the point of having rules is so every team plays by the same guidelines.

Changing the way the rules are used each game doesn’t seem fair to me at all and it’s an issue that the AFL needs to fix immediately.

If this is the way the AFL wants the game to be played then so be it, I’m not a fan of it but I’ll learn to live with it. My only demand is that each game is officiated with similar interpretations.

My other issue is how the interpretation of the rule came about being changed.

It’s a rarity for any type of sport in the world that mid-season the league decides to change the rules.

So why does the AFL feel the need to change how the umpires officiate certain rules based on one coaches complaint?

I’m not a parent but from what I know, if a child is kicking and screaming in an attempt to get something they want the parents can’t give in, otherwise the kid will repeat their actions in order to get their way. If the parents never learn from their mistakes, unfortunately it will most likely lead to having a spoiled child.

Obliviously Alastair Clarkson is not a child, but if all he has to do is complain in a press conference in order for him to get his way and have a rule changed then he may as well be the AFL’s spoiled child.

You’ll be hard pressed to find another sport where if a coach complains they end up getting their way and it’s something the AFL needs to stop doing, otherwise the ‘A’ may as well stand for Alastair.

Overall the holding the ball rule left me confused and scratching my head over the weekend.

Quite frankly I think the only people who have enjoyed this new interpretation are my family, as I’ve stopped shouting “BALL!” at the TV simply because I have no idea how the umpire will call it.

The AFL either needs to go back to the old ruling or have consistency across the board, whichever they choose they need to do it fast before the rest of season is comprised. 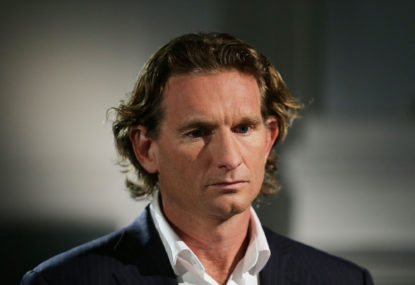