With 431 appearances, 76 goals, 139 assists, four Premier League titles, two FA cups, five League cups and two community shields, a decade later Silva has announced that he will leave Manchester at the end of the season.

The midfielder has spearheaded City’s dominance over the last ten years after joining for €28.75m from Valencia in 2010. From providing the assist for Edin Dzeko’s crucial equaliser against QPR in the legendary game that won City their first Premier League title in 2011-12, to City’s ‘fourmidable’ 2018-19 season that saw them win all four domestic trophies, David Silva has done it all.

The only trophy missing from the Spaniards cabinet is arguably the biggest one of all, the Champions League. But with City on top of Real Madrid after the first leg of the round of 16, and last year’s winners Liverpool eliminated, could we see Pep Guardiola and the team give Silva the dream send off by lifting the trophy? 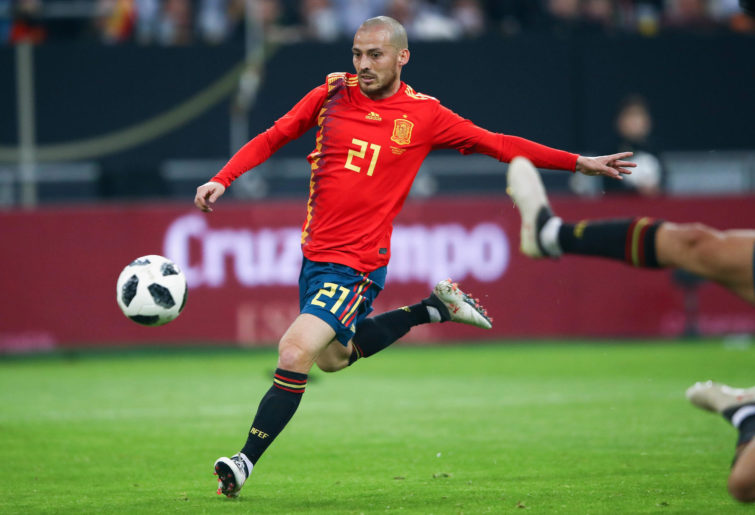 The sad reality is that with no fans allowed in stadiums for the indefinite future, Silva may not get the send off he so richly deserves. Post match Guardiola shared his thoughts on the situation, ‘It is not the game today, which was incredible, but what he has done over ten years….When the people come back to the Etihad Stadium we will do a farewell game for one of the legends of this club.’

Many fans on social media have called for a statue honouring Silva’s time at the club, but would it be an injustice to give him one and not others.

‘I don’t know’ said Guardiola. ‘This club had many incredible top players. I know Pablo Zabaleta, Joe Hart, Vincent Kompany, Silva, Sergio Aguero, these types of guys. This group of players helped this club be where it is. After this kind of thing we name a street, a pitch, a statue.’

Silva isn’t expected to retire at the end of the season. Numerous reports suggest offers from Spain, America, Japan and unsurprisingly Qatar have been made. David Beckham’s Inter Miami FC and fellow countrymen Andres Iniesta’s Vissel Kobe are reportedly interested, while Qatar club Al-Duhail seem to be leading the way.

Spanish side Real Betis have also made an offer for the 34 year old in what would be a fitting final act in his native country.

Statue or not David Silva will leave Manchester City and the Premier League a legend, adored by all fans for being a humble magician as well as a loyal leader.

Anyone in their right mind would agree that Pep Guardiola is one of the best football managers of this century, if not the best.