On the whole it was a fairly disappointing contribution from the 22 players that were selected. It was a huge risk picking eight players from the Western Bulldogs and it backfired. Jacob Townsend didn’t make much of a contribution, but for the second week in a row he kicked a pivotal goal in the fourth quarter – not enough to earn him coaches’ votes, though.

Three of the 22 players that played polled votes in the coaches’ votes. Those three players were Callum Mills, who polled a perfect ten votes in a team that struggled in the Swans, Jack Macrae who polled five votes in a losing team, and Lachie Whitfield, who polled four votes in a Giants team that lost to Port Adelaide.

The opportunity to select players in this team is a thoroughly enjoyable. It’s by no means an easy team to pick 22 players out of the entire competition. The manner in which the team is chosen is based strongly on the team tips, where the 22 players are selected are in the team tips for the round.

The team that is selected strongly mirrors the positions that the teams are tipped to line up in. I’ve tried to pick traditional wingmen as well as players that generally start on the interchange bench in order to maintain the integrity of the process. Darcy Tucker is the only player from Round 6’s predicted team of the week that retains his spot in the team in Round 7’s predicted team of the week.

Backs
Jack Crisp has been a solid contributor for Collingwood in AFL season 2020. Expect Crisp to be at his best against Geelong in a tough game.

Robbie Tarrant has been a solid contributor for North Melbourne. Expect that form to continue in Round 7 as he should be able to curtail the influence of the Richmond key forwards.

Jamie Macmillan is a player that has to prove that he belongs in North Melbourne’s best 22. Expect Macmillan to do that against Richmond in Round 7.

Jimmy Webster hasn’t played in AFL season 2020. Expect him to prove that he warrants a permanent place in St Kilda’s best 22.

Jake Lever of Melbourne should be able to curtail the influence of Tim O’Brien from Hawthorn. 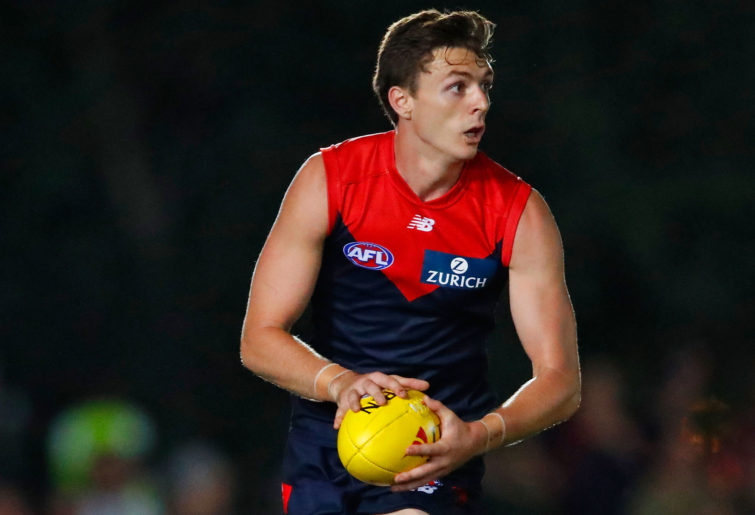 Michael Hibberd is a quality defender who has the capability to create plenty of run out of defence.

Patrick Dangerfield is a quality player that should show why in a fascinating game between Geelong and Collingwood this Thursday night.

James Aish should prove why it was a good move to recruit him to Fremantle by being a pivotal part of the team in the Western Derby.

Forwards
Alex Sexton should have a good game playing against a Swans team that’s been disappointing of late.

Jeremy Cameron should be back to his best against Brisbane.

Shaun Higgins will be pivotal if North Melbourne are to defeat Richmond.

Michael Walters should prove why he is one of the most valuable players in the competition in the Western Derby.

Ben King has the opportunity to prove why he is such a good young prospect.

Izak Rankine should be an important part of a Giants team that should beat the Swans. Rankine managed to kick three goals in Round 6. Expect him to gain confidence from that performance.

Jacob Hopper will need to play at his optimum level if the Giants are to beat Brisbane, which he should do.

Sam Menegola has the opportunity to prove why he is one of Geelong’s best players and possibly the most improved player in the competition.

Interchange
Zak Jones will prove why he is an important part of the St Kilda team in Round 7.

Hayden Crozier was sorely missed by his team in Round 6. Expect Crozier to show why he finished in the top ten of the Western Bulldogs’ best and fairest in AFL season 2019.

Chris Mayne should prove why is an unassuming, underrated player against Geelong.

Tim Taranto has a chance to substantiate why he won the Giants’ 2019 best and fairest in what should be his first game back from injury in Round 7.