Last week I published an article stating that the Round 9 clash against the Manly Sea Eagles was D-Day for Paul McGregor.

To his credit, the Dragons turned up to play and they put the depleted Sea Eagles to the sword 34-4.

I also stated that starting Ben Hunt at dummy half confirms his role in the side. He’ll be the starting number nine for the foreseeable future. And once again, to his credit, Hunt played very well and put in a game-high 56 tackles.

Matt Dufty was electric, Zac Lomax was great and this form at centre continues to draw attention. The forwards laid the platform with Paul Vaughan running for a career-high 229 metres. All in all it was the Dragons’ best performance of 2020.

Okay, so where does that leave the Dragons? Well, they have improved to 11th with three wins and six losses and they have winnable games against the Bulldogs and Sharks to follow, so McGregor’s fortunes are looking up, which brings me to my point.

The turnaround in form came after McGregor received a special public vote of confidence from the club’s board following a 0-4 start to the season. The Round 5 win against Cronulla was the first game that saw Ben Hunt benched, Adam Clune debuting at halfback and Matt Dufty recalled to fullback.

In the five weeks since the show of confidence in the coach, the Dragons are 3-2 but the public endorsement did come with some caveats.

Team selection has been taken off McGregor. It’s now decided in a committee of McGregor and assistant coaches Shane Flanagan and Dean Young. And the role of coaching attack has been handed to Flanagan, who was originally only coaching defence.

The thing that really caught my attention was the obvious change in the coaching box. In the game against Manly, rather than Flanagan sitting behind McGregor, he was standing next to him and very animated. You couldn’t be blamed for thinking Flanagan was the head coach.

Whatever internal changes were made, they have worked, so is this hybrid coaching structure going to last?

It can’t feel great for McGregor but if it keeps him in a job and gets results then maybe it’ll get the Dragons through 2020 and yet another season review.

The idea of shifting Hunt to dummy half must have been Flanagan’s. The change was never discussed in 2019 even though the Dragons were desperate and finished 15th.

In a further twist of events, there’s a real chance that the Dragons will be able to pick up Corey Harawira-Naera mid season.

Harawira-Naera just had his de-registration changed on appeal to a retrospective ten-week suspension, meaning Harawira-Naera is available from Round 11. 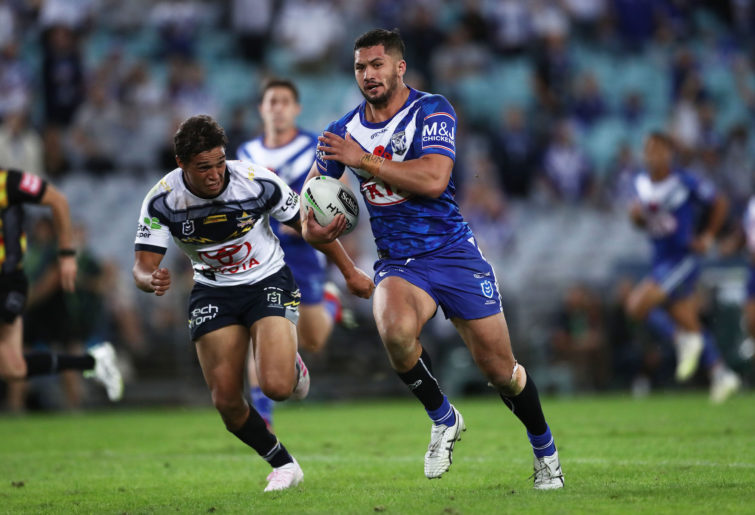 Harawira-Naera wants out of Belmore because he didn’t like how Canterbury treated him after the NRL de-registered him.

The Dragons are one of the few clubs with room in their salary cap for 2020 and at only 25, the skilful second-rower would be a great long-term replacement for the outgoing Tyson Frizell. As a further sweetener, Canterbury want Tim Lafai back so a player swap could be on.

And finally, Jack de Belin could possibly return to the squad depending on his legal proceedings.

In a month or so, we could be talking about an entirely different season for the Dragons. A few more wins and the injection of De Belin and Harawira-Narea will make the Dragons very competitive during the back end of the season.