How to fix Australian rugby, Part 9: A world in union

Rugby’s smaller footprint should make it easier to organise than rugby league or Aussie rules. Unfortunately however, the opposite is the case and it’s a dog’s breakfast all the way down.

In the major cities
Of all the gaps, the biggest (and strangest) is the one between premier club rugby and the sub-districts competitions. As a simple example, Easts and Colleagues are about 100 metres apart in Woollahra and they have almost nothing to do with one another. This seems crazy.

The first fix would be to realign all the clubs in a city into a single structure that allows promotion and relegation all the way up and down. It’d make the competitions more interesting and prevent the current situation in which Penrith have been rooted to the bottom of the ladder for well over a decade.

This is less compelling from an organisational perspective but would at least allow playing talent to balance out more naturally across the different competitions. Otherwise you end up with a glut of talented players sitting on Sydney Uni’s fourth grade bench. 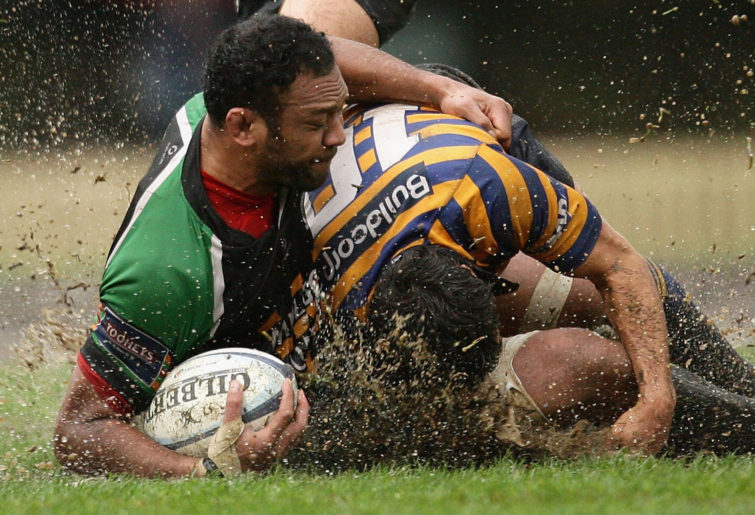 City/country
The other linkage that could and should be significantly strengthened is with the bush. Every regional rugby club in Australia should have an affiliation with a club in their closest major city, which serves as a natural pathway for talented players. This should not be a one-way relationship though.

All of the clubs would be obligated to play at least one home game per year in a regional town to ensure that the oft-forgotten regions get at least some access to seeing the best players run around. There doesn’t appear to be much down side to this and I know some of the clubs already do it so it seems like a bit of a no-brainer to make it a formal arrangement.

Thinking global
Rugby Australia should encourage and facilitate relationships between Australian clubs and rugby clubs around the world. It would make a heap of sense for a club like Manly or Eastwood to have a sister club in each of New Zealand, South Africa, Japan, North America and Europe. This might sound ambitious but I don’t actually think it’d be that hard to pull off.

I have no idea how you’d structure it (or if you’d even really need to) but the mutual benefit seems obvious. It’d give players and coaches on all sides the opportunity to travel and get a broader rugby experience and improve. Rather than spending the summer months sitting on a beach or toiling away in a gym somewhere, surely it would be better to be getting experience in European conditions and vice versa.

It’s hard to quantify what benefits all of these linkages would bring but intuitively you’d think that they must be there. A fundamental problem with rugby is that it is all so disconnected. From the country to the city, from the juniors the the seniors, from the amateurs to the pros and from one country to the next.

Connecting these dots and presenting a unified front can only be a good thing and would make private ownership of the teams that much more appealing.

Reece Hodge will be named in the Wallabies’ No.15 jersey today replacing injured Tom Banks, with Dave Rennie opting for the Melbourne Rebels utility ahead of James O’Connor.

It all began on the 13th August 1921. New Zealand versus South Africa may not be rugby’s oldest rivalry, but incorporating the two nations who take rugby more seriously than anyone else, it is indisputably the game’s greatest.