Zinedine Zidane proves he is world-class

He is a football legend, a competitor with so many records and medals, a genius on the football pitch, and popularly known as Zizou.

He was exceptional and excellent, and brought smiles upon the faces of fans and rivals.

He was acclaimed as one of the best ever players to grace the footballing world.

During his playing career he won the World Cup, Champions League, UEFA Euro, La Liga, Serie A, and also won individual awards such as the Ballon d’Or, FIFA World Best Player of the Year, and the FIFA Golden Ball Award in the 2006 World Cup.

Renowned for his passing, dribbles, vision and ball control, he was an A-list playmaker.

After so much success as a football player, Zizou switched into coaching upon his retirement as a professional footballer. He started in the Real Madrid Castilla as head coach before getting his UEFA Pro Licence in 2015.

Zidane took helm in the Real Madrid hot seat in 2016 replacing ex-Newcastle United boss Rafael Benitez. He went on to win the Champions League, beating local rivals Atletico Madrid in a penalty shootout to win the team’s 11th Champions League trophy, and ended runner up in the league just a point behind Barcelona.

Zidane started his first full season as a Madrid boss in the 2016-17 season, going on to win 16 consecutive games and a record 40 games without defeat. He also ended that season winning the FIFA Club World Cup and the league. A 4-1 trashing of Juventus in the Champions League final made it the second consecutive Champions League win and a record of back-to-back wins since the renaming of the competition. 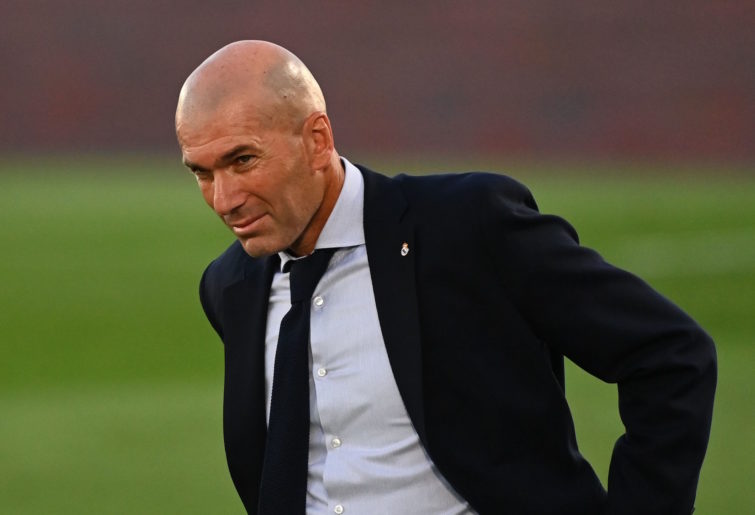 Zidane’s third season in charge was marred with mixed results and fall out with some players and board members but he ended that season winning the UEFA Super Cup, Spanish Super Cup, the FIFA Club World Cup and the third consecutive Champions League title, beating Liverpool 3-1 and making him the first manager to win the competition in three consecutive years.

Many never trusted Zidane’s craftsmanship as a manager even after his achievements. Many felt he was lucky to have good players in their prime and a bit of luck with their results.

After the exit of Zidane, Madrid brought in two coaches in a single season but the Madrid team looked like a flock of sheep that lost its master. The same players who won the Champions League treble under Zidane couldn’t replicate such form.

Could it be the absence of talisman Cristiano Ronaldo? Or the team mentality after winning so much in recent years?

They all played a part in that awful season but what Madrid really needed was a guardian angel, a person to encompass that group of winners and challenge them to win more. Neither Julen Lopetegui nor Santiago Solari offered them those.

Zidane was definitely the major factor that was missing in that Madrid side.

He came back and has won the league yet again for Real Madrid, bringing their total to 34. They might dispute his tactical knowledge but his man management of players has earned him a lot as a manager. He improves his team and makes his players enjoy their jobs.

The Santiago Bernabeu deserves many statues and Zizou must be one of the lot.

Professional sporting clubs right around Australia are waiting patiently to learn exactly what their responsibilities will be when it comes to vaccination and future entry into other states.

David and Victoria Beckham’s son played his first game for Fort Lauderdale, starting in the 2-all draw against Tormenta. The 19-year-old played 79 minutes before being substituted, but had some good touches. 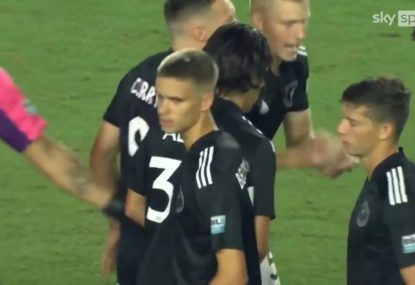