A headline such as the one above is usually written after an underwhelming performance, a bad loss or a catastrophic capitulation.

However, in the case of the Newcastle Jets, the first three matches of the reconvened A-League season did not involve them, yet could not have played out any worse.

Such is their predicament that the next five matches will likely decide their fate and probably kill their season.

Back in late February early March, the Jets peeled off three credible wins to surge up the ladder and position themselves for a run at the finals. There were some good scalps among their victims as well: Melbourne City, Adelaide United and Perth Glory were all checked off in the win column.

A 1-0 loss to Brisbane on the Gold Coast was the only blemish in the weeks leading into the season’s temporary halt.

It was no coincidence that their rich vein of form occurred soon after the arrival of new manager Carl Robinson.

Opening up with draws against the Wanderers and Victory in mid-February, the two points quickly became eleven in just six matches, with the Roar loss the only blemish.

Frankly, that form was as impressive as any club in the league and after eight weeks on the bottom of the ladder, saw them climb to ninth at the recommencement of the season, just three points outside the top six.

Western Sydney and Western United sat just two and three points above them respectively; both playing inconsistently and well within reach of a team rolling along like the Jets. Adelaide were also catchable, level with United on 27 points. 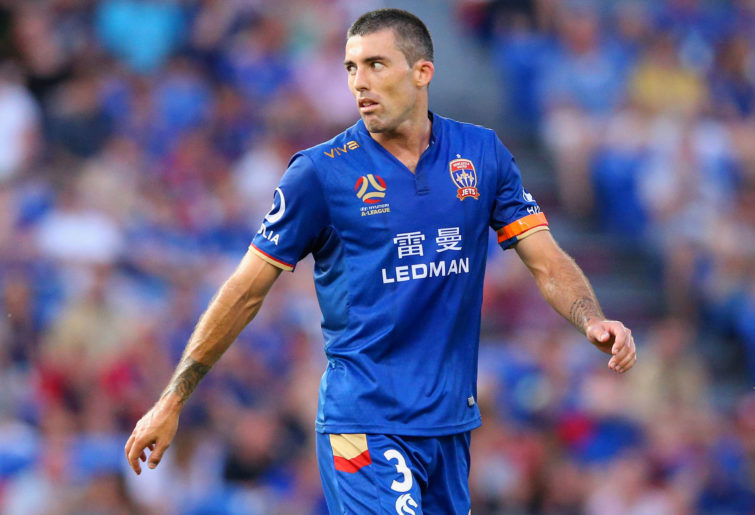 Further afield, Perth Glory slotted into fifth on 31 points, seven clear of the Jets and still a realistic target for the men in red and blue from the Hunter.

Sadly, within days of a return to A-League play, the Jets’ task all of a sudden looks mighty challenging, with results diametrically opposed to way they would have hoped for them to play out.

Sydney and Wellington’s excellent contest on Friday night and their top four status meant little, yet when the Glory toppled the Mariners with a goal from Dane Ingham and Paul Izzo maintained the Reds’ lead all the way until the final whistle against the Roar, Newcastle’s job suddenly became more difficult.

Two teams on the fringes of finals’ contention had secured wins and the gap between the Jets and sixth had stretched to six points. With just 12 points on offer across their final four matches, Newcastle may now need them all.

Nine or ten could well see them scrape into the finals, however, the reality of the difficulty in achieving that begins tonight when they take on the pending premiers Sydney FC.

In short, this could well be a win or bust situation and logic suggests it will most likely be bust. Three points will keep all the hopes alive yet a Sky Blue triumph and a Wednesday night win for the Glory over Wellington will leave any chance Newcastle have relying on the Reds slipping up in their final four matches.

Robinson’s men will have a chance to redeem themselves on Friday night against the Mariners in the freeway derby, yet anything less than a full bag against Central Coast will mean curtains for 2019-20.

Even a win may not be enough and with Adelaide and Western United both a chance to pick up points on Saturday, the Newcastle Jets’ season could well be done and dusted by Sunday morning. 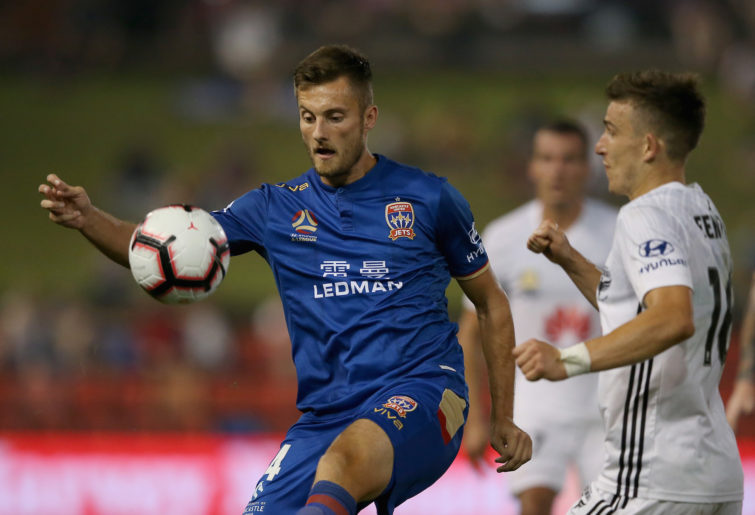 How deep are the Jets’ issues? (Photo by Ashley Feder/Getty Images)

After a 116-day wait and with some of the best form in the competition going into the hiatus, the Jets look likely to have all hope smashed within a week of a return to play.

Should that prove the case, the big winners could be Perth Glory and Adelaide United, both looking more and more likely to force their way into the six. With form appearing as something of a loose concept after such an interruption to the season, both the Reds and Perth may well be able to mount a serious tilt at the championship.

Melbourne City remain a constant threat and have avoided the considerable changes in important personnel that other clubs have suffered during the long period of stagnation, Wellington proved once again against Sydney that they are indeed a serious contender and Brisbane should be able to muster enough points in the run home to secure their birth in the finals.

As for Newcastle, it could all be over before it began. With matches in hand on the Jets, Western United and the Wanderers could be the last two challenges remaining to the top six come Sunday and the competition will be lesser for it.

Robinson looked to have re-ignited the Hunter before the pesky virus sent us packing. If his troops cannot manage a result tonight and this coming Friday, it may well all have been for nothing.